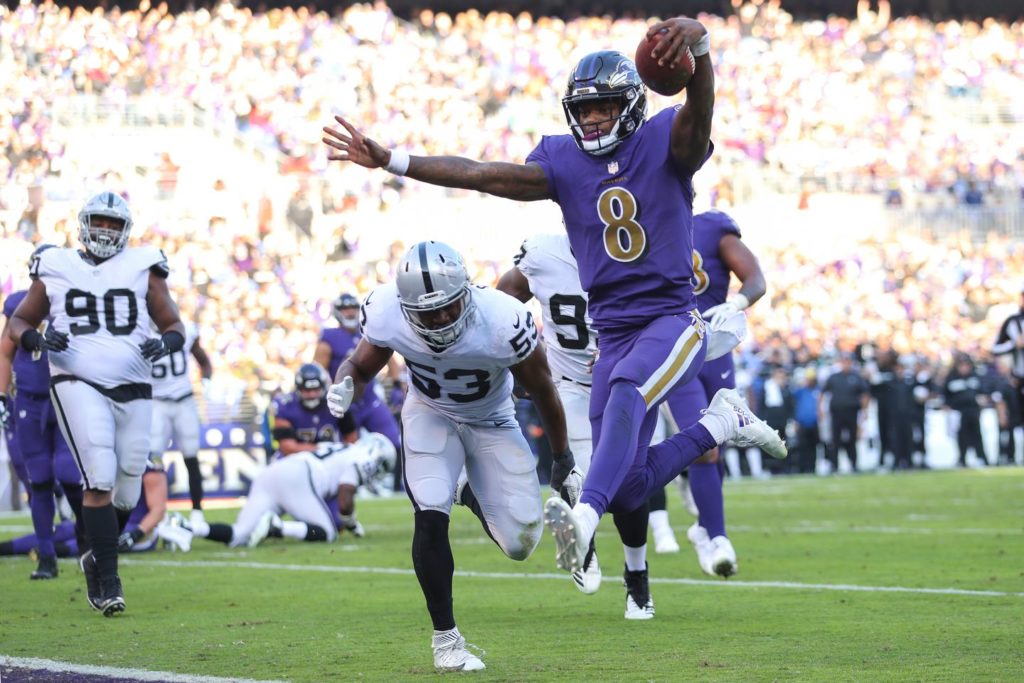 Lamar Action Jackson Does His Talking on The Field!

After Day 1 of the 2018 NFL Draft I must admit that I wasn’t happy. Why didn’t the Ravens pick DJ Moore after trading back? Why didn’t they take Derwin James while he was still on the clock? Hayden Hurst? C’mon man.

And then the Ravens moved back into round 1 to take a quarterback.

Lamar Jackson. He sure can run but he’s not wired for the National Football League. And by the way, he just so happens to be the polar opposite of incumbent Joe Flacco. What can he possibly learn from Joe?

Not long after the pick was made, I received a text from then Assistant GM Eric DeCosta. He asked me what I thought of the pick of Lamar. I said that history suggests his style of play doesn’t have a long shelf-life but I’d love it if he could reverse that trend. Eric then shared that even if Lamar didn’t work out at QB, he’s such a talented playmaker that the Ravens might find other ways to use him.

I bought in, slightly. That’s the kind of trust I have in the team’s front office and coaching staff. 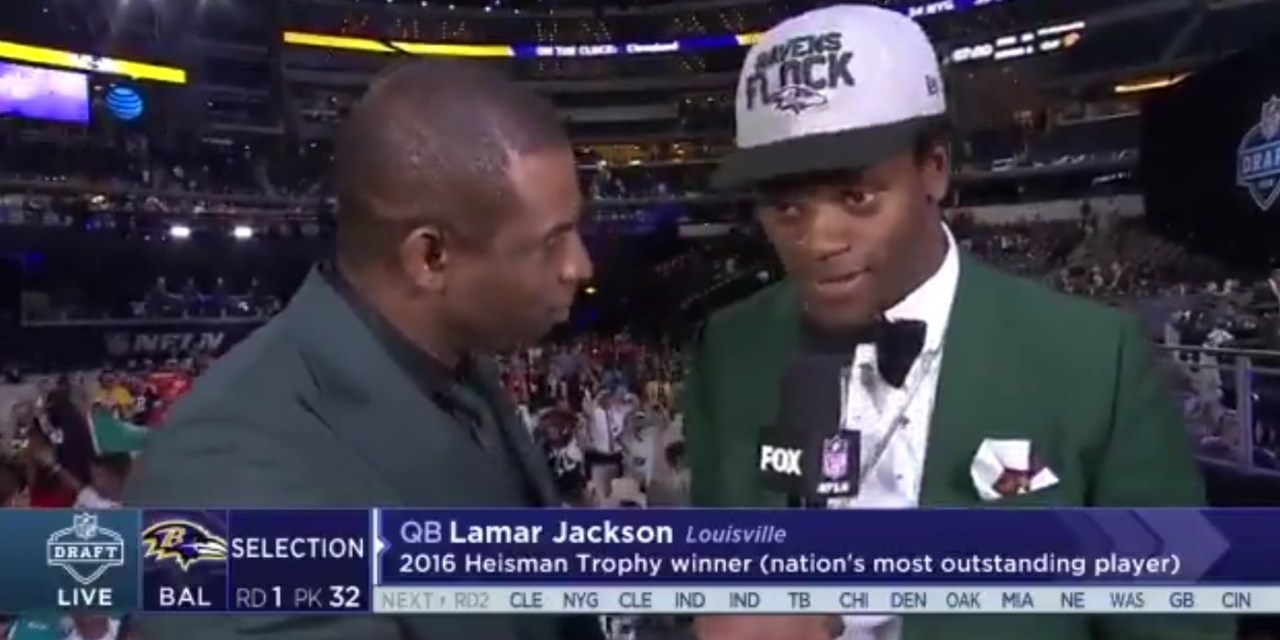 I then made a comment to Eric after listening to Lamar’s hard to decipher, post-selection interview with Deion Sanders:

“If I was in the Ravens huddle, I wouldn’t be able to understand the play called by Lamar.”

To which Eric responded (and this is perfect):

“Well Tony, it’s a good thing for the Baltimore Ravens that you AREN’T in our huddle.”

That said, my doubts lingered until I saw Lamar’s development during the spring and summer of 2019. Things started to come together…an offense designed for him, teammates that really bought into him, labeling Lamar a star in the making.

My confidence lifted. I even went on record, predicting an 11-5 record for the team in RSR’s seasonal Bold Predictions and in a media poll conducted by Press Box. So far so good.

Lamar has quieted some of the naysayers, yet it’s worth taking a look back at those who really slammed him and how he has let actions, not words, address his detractors.

You’ve made a believer out of me and I’m happy to say that I was wrong on Draft Day 2018.