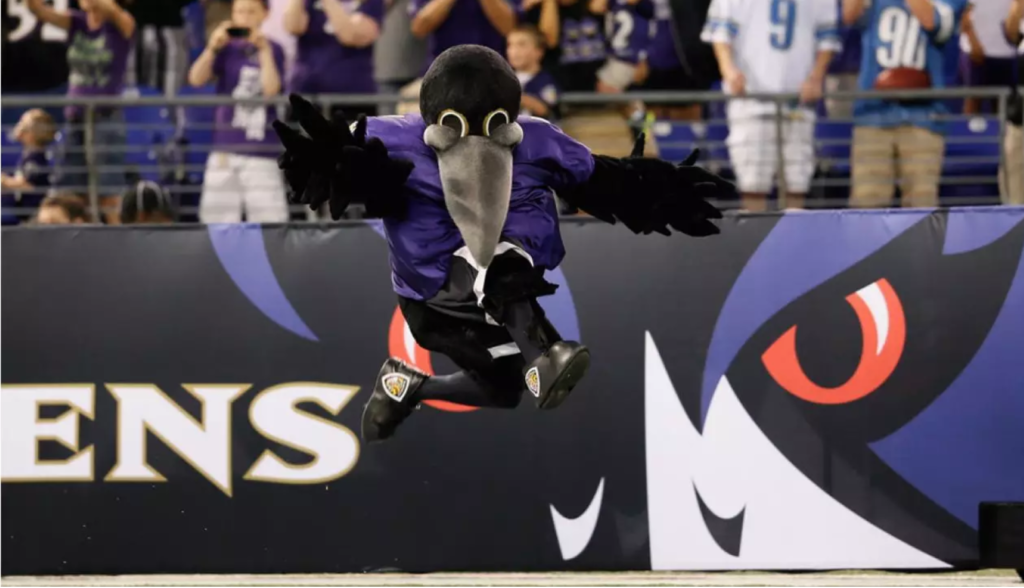 Assessing the Importance of NFL Mascots

A quick Google search of “Why do NFL teams have mascots?” returns some rather depressing results. Although the majority have nothing against their furry representatives, it appears that many football fans don’t believe that they serve a purpose. With this in mind, we’ve taken a closer look at NFL team mascots and assessed the value that they bring to their respective teams.

Do they simply exist as a light-hearted escape from the violence of the NFL? Or do they have an underlying value which is unique to each team they represent? And does this extend to other industries beyond professional football?

A Sense of Identity and Belonging

Within the NFL scene, mascots are symbolic and provide a focal point for the fanbase and wider community in the area. Much like a fan will identify with team symbols and logos, mascots provide a shared experience with the fans and create a “we’re all in this together” type of deal. Take Poe for example. Since the 2008 season and subsequent retiring of Edgar and Allen, Poe has become the focal point of any fan interaction. Although you may not really think about Poe all that much, what would your reaction be if he was to be replaced? Absolute outrage? That’s the correct answer. Poe is as important to Baltimore as The Wire was in the mid-2000s.

To see the importance of mascots first hand, one only needs to turn their attention to the controversies surrounding the use of Native American mascots within the sporting scene. Mascots centered around Native American history were once commonplace and their place within the sporting hierarchy went largely unchallenged. However, as attitudes have shifted, there has been greater opposition to this and, as a result, some mascots have been replaced completely.

The removal of the University of Illinois’ Chief Illiniwek was met with disdain and anger among fans. Some cited political correctness running amok – subsequent “unofficial” performances from The Chief have polarized opinion – but, if nothing else, they have demonstrated the importance of Illiniwek as the University’s mascot.

Examples of Mascots In Other Areas

We are reluctant to use the term mascot outside of the sporting arena. However, one only has to look at firms such as Compare The Market and their association with meerkats to see how companies can build their brand around a figurehead. Brands such as Lacoste and Swarovski are instantly recognizable by their crocodile and swan and Puma has gone one step further, naming its actual brand after the animal which represents it.

Elsewhere, the iGaming industry has seen online platforms such as Kitty Bingo build their website around our favorite feline friends. The site is awash with cat silhouettes and pawprints and the online slots at Kitty Bingo also feature a number of cat related slot games which are exclusive to the site. All in all, mascots aren’t exclusive to the NFL and the large majority of them do indeed happen to be animal-related.

Although many fans may see mascots as fairly inconsequential, they are an important part of the NFL matchday experience. After all, most of the mascots’ names and costumes are steeped in tradition and their legacies at the club will last long after the dust has settled. So, we say, sit back and enjoy the idiosyncrasies of your particular mascot because you never know what’s around the corner (think of what happened to Homer in *that* classic episode of The Simpsons).