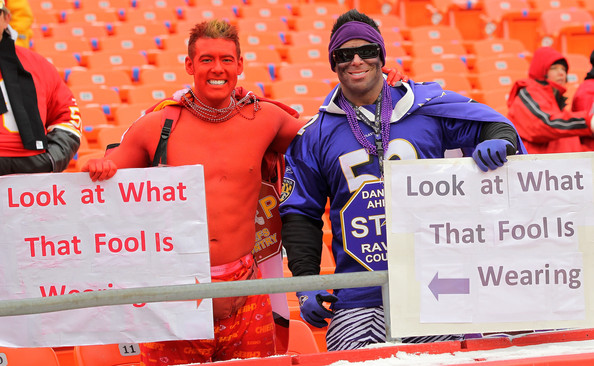 Well, after last week’s moment of truth I’m sure everyone thought I’d be on vacation this week. Look, I try my best to provide an educated opinion from a fan’s perspective. I never said I was Nostradamus.

So let’s take a second to revisit last week’s loss to the Chiefs. At first glance it seemed the defense was ready for the showdown. For the second straight week Patrick Mahomes regrouped in the 2nd quarter and attacked relentlessly, as the Chiefs put up 23 unanswered points. Going into halftime I thought the Ravens were going to be on the wrong end of a blowout, but the team never quit. The defense held the Chiefs to 10 2nd half points and the Ravens rallied back to make it a one-score game. Overall the team went toe-to-toe with a legitimate Super Bowl contender and may have pulled off the upset with better execution.

Okay, now let’s get to my Jerry Springer meets Dr. Phil moment of the week.

Last week I defended the defense and thought there was a lot of overreacting going on. The truth is there are a bunch of young players trying to find their way in Wink’s intricate scheme. I expect it to improve as the season progresses but there is no immediate fix, unless Wink draws up a more basic game plan that will also be more predictable.

Then it hit me… 2019 is a new era for the Ravens. Unlike years past, this team is going to go as far as the offense takes them. Feels weird right? The offense is currently ranked 1st in yards per game, 7th in passing, 1st in rushing, and 1st in points per game.

Here in Week 4, the Ravens return home for a divisional showdown against the Browns. This is a game that worries me because there’s an opportunity to build a lead in the AFC North standings and historically the Ravens always seem to make the path to the playoffs harder on themselves.

Both of the Browns’ starting cornerbacks have missed practice this week with hamstring injuries so look for the Ravens to test whomever lines up outside on Sunday. The Browns offensive line has not held up well so far this season. Expect Wink to dial up pressure to hit Baker Mayfield early and often. The Browns have a strong defensive front led by Myles Garrett who already has six sacks for the season. Luckily, the Ravens offensive line seems to be jelling right now.

I think the Ravens should continue taking what the defense gives them. Get Mark Ingram going early and when they stack the box, throw it over the top. Mark Andrews may not be 100% on Sunday so it’s important for someone else to step up.

Like I said this game does worry me, but it’s a new era in Baltimore football.