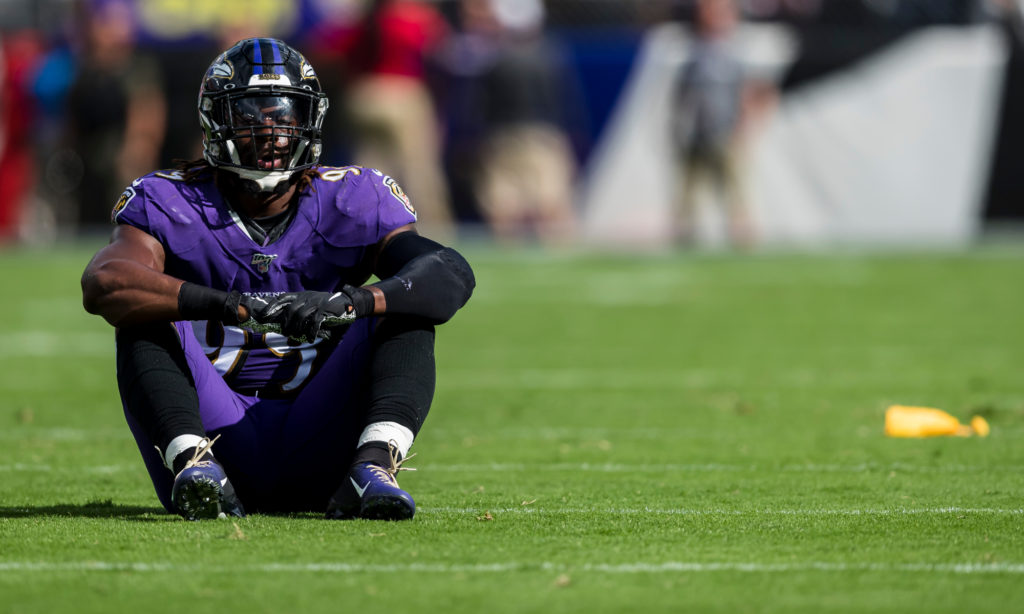 Ravens Defense, Once a Strength is Now The Team’s Weakest Link

Just a month ago, if you had asked Ravens observers how the team will fare in 2019, most would say that it depends on how Lamar Jackson plays. Today, if asked the same question, the response would shift markedly. Today the Ravens defense has hit a historical low point, yielding 500 or more yards in two consecutive games – a franchise first.

Today, the future of the 2019 season rests in the hands of Don “Wink” Martindale and his merry band of underachievers.

Tomorrow, and moving forward, we hope they find answers.

And there sure are a LOT of questions.

The first part of healing is to admit the mistakes and then implement changes that help to eliminate said mistakes. Are the problems schematic? Are they personnel related? Are they both? But before we get there, let’s take a look at where the Ravens defense stands:

Clearly, it’s not a pretty picture.

The Ravens brought in Earl Thomas to patrol the defense’s back end border. In theory, Thomas’ ranginess would allow Tony Jefferson to do what he does best – be a box safety. At this point, I’m really not sure what Jefferson does best. But back to the theory, Thomas’ ball hawking abilities would allow Martindale to send the dogs – to rattle quarterbacks with a plethora of exotic looks.

Thomas is the linchpin. And unfortunately, so far in 2019, that’s where it all breaks down. 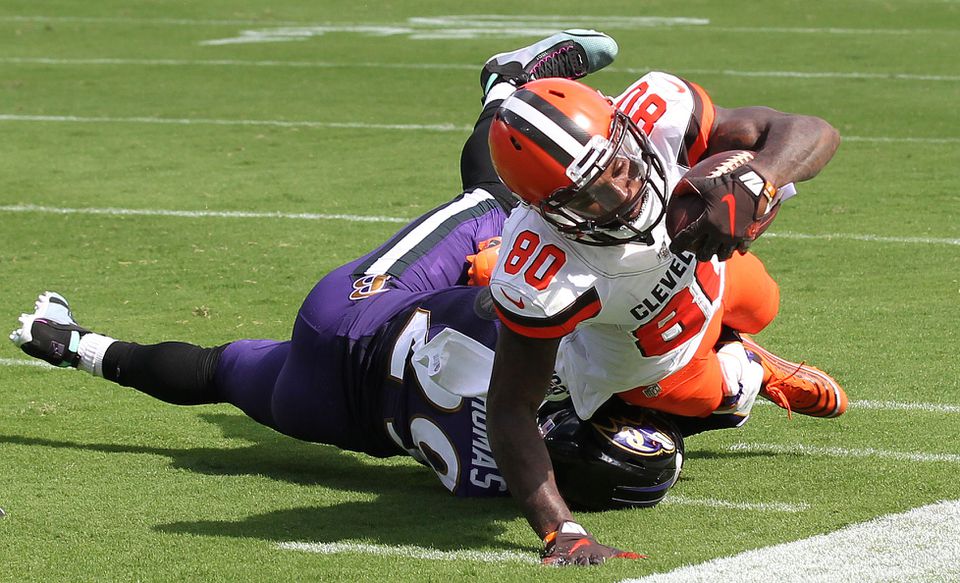 By his own admission, Thomas hasn’t fully grasped Martindale’s concepts. In Seattle where he excelled, the defensive assignments were simpler, more traditional. Comfortable in his role, Thomas could unleash his innate physical skills to establish himself as one of the league’s best safeties and THE best cover safety in the post Ed Reed era.

But things aren’t the same in Baltimore. Thomas is a bit older. He’s thinking a bit more which slows down the innate gifts. And the sad truth is he might not be in shape, at least not the kind of shape that he’s accustomed to. Coming off a broken leg in 2018, maybe he couldn’t train the way he hoped to. Ian Eagle and Trent Green both commented on Thomas’ stature this past Sunday on the CBS broadcast calling Thomas, “thick” and adding that he looked like a linebacker when they met up with him during pregame preparations.

And the optics on this postgame comment when asked about the Nick Chubb 88-yard TD run aren’t all that good:

“So, I was playing ‘claw’ backside. I tried to get there and couldn’t get there. It wasn’t worth pulling my hamstring. I’ve been there before trying to chase DeAndre Hopkins down on a screen, pulled a hamstring and was out. I wasn’t doing that today.”

There have to be at least some mild concerns at The Castle regarding the 30-year-old six-time Pro Bowler’s 4-year deal worth $55M, with a $20M Signing Bonus and $32M fully guaranteed.

Maybe the lights will come on for Thomas soon. Folks at team headquarters believe that the Ravens defensive issues are self-inflicted and therefore correctable. Maybe the Ravens simplify things a bit to eliminate confusion and the mental mistakes. But let’s keep in mind why the Ravens, at least in part, employ such an exotic defensive scheme. It’s to mask their inability to get to the quarterback with four rushers.

The unconventional looks are designed to confuse quarterbacks, to get them to hold the ball a bit longer in order to disrupt the timing of routes so that the Ravens can get home with less than adequate pass rushers. But given the back end confusion of the Ravens defense, the inexperience of the inside linebackers and the inability to knock down opposing signal callers with any regularity, it morphs into an advanced 7-on-7 drill for opposing offenses, hence 1100+ yards allowed in the last two games.

And let’s not forget that Cleveland came into the game averaging 16 points per game. They put up a 40-spot on the Ravens.

These are tense times for Martindale. These are tense times for the Ravens who are beginning to squabble in the locker room. Word is that Thomas criticized Brandon Williams for being inactive on Sunday and the two had to be separated. In his presser on Monday, John Harbaugh did not deny the report. Maybe we can write this off as two competitive players who care, yet are frustrated. If they didn’t care, that’s a bigger problem. Time will tell.

But back to Martindale, perhaps his biggest problems are the losses he’s incurred. The injuries to Jimmy Smith and Tavon Young notwithstanding, the Ravens defensive coordinator took a few blows with the departures of Terrell Suggs, CJ Mosley, Za’Darius Smith and Eric Weddle.

Suggs set an edge like no other and he was an intelligent player with terrific pre-snap recognition skills. Mosley, also a student of the game, helped align Onwuasor in 2018 based upon things he diagnosed given an opponent’s tendencies which provided keys. Weddle was like an on-the-field coordinator, constantly communicating. What he may have lacked in physical skills at his advanced age as a player, he made up for in preparation and reading offenses in a moment’s notice.

As for Smith, he was an interior presence in the team’s pass rush. He could collapse a pocket and help the edge rushers get home. He prevented QB’s from climbing the pocket. Now, in hindsight, it’s no surprise that the Ravens were all-in in their pursuit of Gerald McCoy. More than likely they recognized the deficiencies of Tyus Bowser, Tim Williams and even rookie Jaylon Ferguson.

For the moment, the Ravens defense seems like a hot mess. There was a day when the Ravens at home, down six and pinning an opponent on their own 12 facing a first-and-15 and the crowd in a frenzy, were well on their way to victory. But these are not the same Ravens and there are no simple solutions.

Earl Thomas: “So I was playing ‘claw’ backside. I tried to get there and couldn’t get there. It wasn’t worth pulling my hamstring. I’ve been there before trying to chase DeAndre Hopkins down on a screen, pulled a hamstring and was out. I wasn’t doing that today.” pic.twitter.com/mEv9CTEJSL

Today, scheme AND personnel both seem to be problems.

It really is pretty amazing how one’s perspective on the Ravens can change so drastically in just one month.

I wonder what we’ll be saying a month from now?