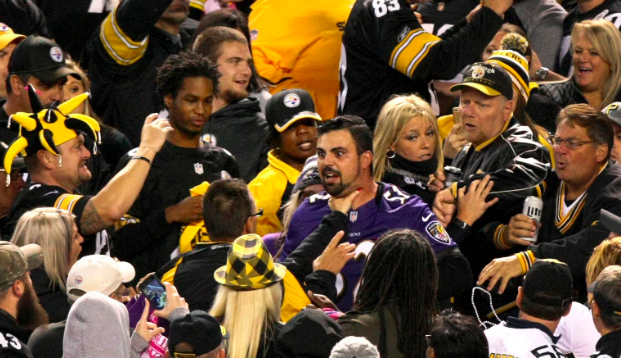 Show of hands: how many Ravens fans are over-the-moon excited to take on the Steelers come Sunday?!

Maybe there’s a spattering of fans still hanging onto the glory of what has always been a hard-hitting, tough-nosed, battle of the trenches between the two top AFC North opponents, but for some reason? The 2019 edition of RAVENS STEELERS RIVALRY WEEK! is feeling more like Ravens @ Steelers… 1pm… Week 4.

And I’m struggling to pinpoint exactly why that is.

Perhaps it has to do with the lack of animosity that once set the stage for the best rivalry in the NFL?

After all, this rivalry of rabid fanbases and players alike has always revolved around… to put it bluntly, assholes. For Ravens fans, we viewed the likes of Joey Porter, James Harrison, Antonio Brown, and Hines Ward as the biggest a-holes in their market. They’d talk trash on and off the field, pull up some questionable (see: dirty) hits, and always give us fans a reason to despise the Steelers. Likewise, I’m sure Yinz viewed players like Ray Lewis, Terrell Suggs, and Bart Scott in the same light. They’d lay the wood, then tell you why they’re better than you… rightfully so.

But the 2019 matchup is devoid that animosity and aggravation in the form of players we’ve grown to hate. There are no villains on either side, just myriad fresh faces more focused on talking up their team instead of posting bulletin board material for their opponent. Surely, we can find ourselves some fresh blood to loathe by 4pm Sunday, but in the lead up to this game? It’s very cordial and quiet. I know there’s been some attempt, as Pernell McPhee – who has played in eight games in this rivalry – tried to stir the pot saying “We hate them,” but it’s really not doing anything for me, yanno? The value of those words coming from a great like Suggs meant so much more, and even now, if Lamar Jackson dropped a ‘screw hose towel waving fools, man’ we’d get those goosebumps we’ve longer for in this lead up. But McPhee’s words feel rather empty in the context of what we should be feeling right now. 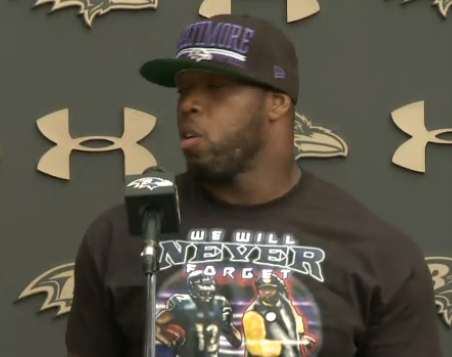 Then there’s the laundry list of familiar faces that once made this rivalry what it was, but have now left town (or at least left the field).

For the Ravens, our last mainstays in the rivalry were Sizzle and Joe Flacco – both are long gone. For Pittsburgh, Ben remains on the team as their last true face of the rivalry, but he’s sidelined for the season and won’t be on the field.

Can we really get hyped for Ravens-Steelers when it’s likely Mason Rudolph dropping back to throw an out to Donte Moncrief or Jalen Samuels running up the gut? Flip the fanbase, and do you think Steelers fans view this Ravens team in the same light they always have? They downplayed Flacco’s abilities, but he broke their hearts PLENTY of times. Can they muster the same kind of animosity for Lamar yet?

It’s just not the same.

Right now, the Ravens are on a two-game skid in which the defense has looked downright atrocious, while the Steelers come into this game 1-3 with nothing really giving them any faith in their team to make a strong push (or having a practical use of a top-10 draft pick that they traded) with a backup quarterback starting, injury issues abound, and a relatively middle of the pack performance in all facets of the game. Neither fanbase is particularly thrilled with their team’s performance thus far, and really, it becomes difficult to get excited.

Go check social media to see how many Ravens fans are still reeling from the blowout loss to the Browns at home last week. Here we are, four days removed from that game and three days until the Steelers square off with the Ravens (give or take, based on when you’re reading this), and we’re still down in the dumps as a collective fanbase, not even focused on the hoopla that once surrounded this rivalry.

Instead, we’re seeing fans on both sides treat this as just another Sunday, and another game.

Does all of this mean the rivalry is dead?

But in the here and now, the rivalry lacks any luster that once made this battle for superiority in the AFC North such a premier event. Instead, we have a two struggling franchises with a bunch of fresh faces to the rivalry that don’t truly understand what this game once meant, other than the passing media narratives or special appearances by former players to tell current players how special this game truly is.

I, for one, direly hope that Sunday brings us reason to revive the hatred of Yinz, just as much as I hope it gives Steelers fans reason to foam at the mouth between their select few teeth (hopefully via a Ravens win), and bring the rivalry that is Ravens-Steelers back to the forefront of the NFL.