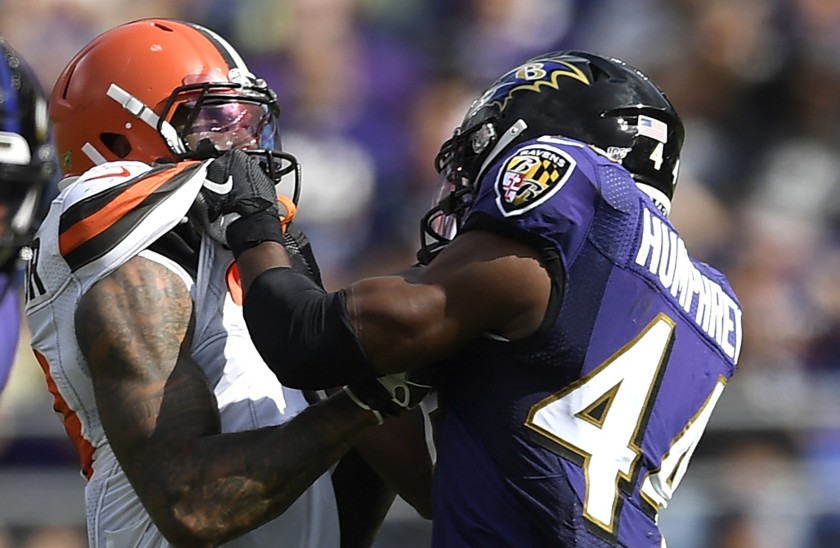 On Monday while driving around a bit, I tuned in to listen to what the sports talking heads were saying about the Ravens debacle on Sunday at The Bank. One of the things discussed was the spat between Marlon Humphrey and Odell Beckham, Jr.

The two went at it all afternoon with Humphrey getting the best of the battle. OBJ didn’t have a single catch until the fourth quarter and finished with just 2 grabs for 20 yards without a score. And whenever Beckham is held in check to that degree, he gets frustrated and acts like a petulant child. That’s just who he is.

But that’s not what Humphrey is about and so after the game he sought out Beckham to apologize and later explained why.

OBJ did not reciprocate the apology.

The Monday morning sports talkers poked fun at Humphrey for apologizing. For being the bigger and better man? As if in some way, his apology demonstrated weakness?

If anything, Humphrey’s apology showed resolve, it showed character. He holds himself to a higher standard and chose to admit his mistake in a public way. That’s strength, not weakness.

In today’s sporting world, one littered with spoiled athletes who possess an overblown sense of entitlement – guys like Manny Machado and Jalen Ramsey and Ezekiel Elliott and Antonio Brown, I find it refreshing to see a standup young man like Marlon Humphrey come along.

I applaud you Marlon.