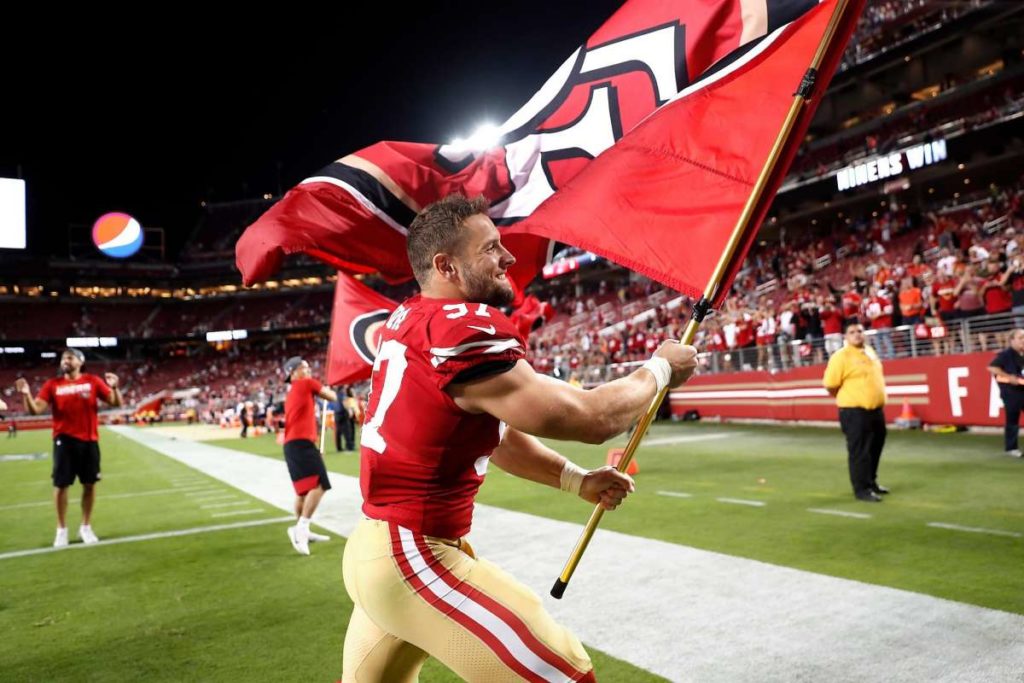 I hate the Cleveland Browns, particularly the little Baker boy and their fake tough guy wide receiver. I’ve been saying for a while that Baker Mayfield is a train wreck waiting to happen. So, I particularly enjoy moments like the one Nick Bosa treated us all to last night on Monday Night Football.

September 9, 2017, Baker Mayfield and the Oklahoma Sooners visit Bosa and the Ohio State Buckeyes in Columbus, OH. The Sooners pull off the upset and beat Urban Meyer’s team 31-16. Mayfield decided to put an exclamation point on the victory.

Last night, when the 49ers trounced the Browns 31-3 (and it wasn’t even as close as the score) Bosa got a little revenge.

Making things even more enjoyable was this special punt return from Odell Beckham, Jr. Somewhere, Marlon Humphrey had to be smiling. I know I was…

Once again, thank you Nick Bosa.