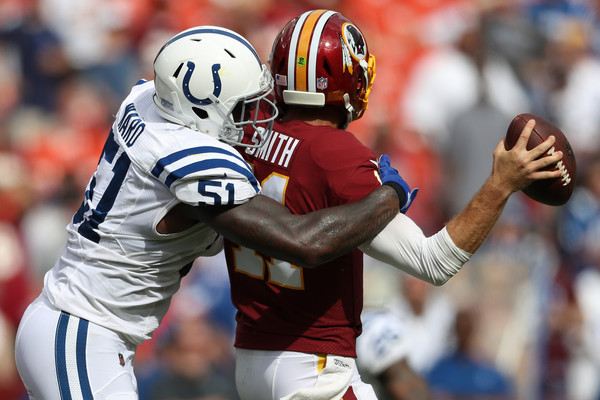 The Newest Member of the Baltimore Ravens

This Jihad Ward scouting report is courtesy of NFL.com.

Considering that Jihad Ward went from receiver/safety to the defensive line during his time in junior college, the sky’s the limit once he really knows what to do with his size and strength. He was an honorable mention All-Big Ten selection by league coaches (51 tackles, 8.5 tackles for loss, three sacks, four fumble recoveries) in his first season with the Illini, playing inside and outside and using his huge wingspan to swallow ball carriers. Ward, who wears jersey number 17 because that was his mother’s age when he was born, didn’t have the same production as a senior (3.5 tackles for loss, 1.5 sacks) but still earned honorable mention notice due to his strong play.

STRENGTHS: Can play both end spots and has bumped down inside to tackle as well. Has room for even more muscle on his frame. Great effort throughout the play and will continue his chase until whistle blows. Length and down­-the­-line quickness give him expanded playmaking range. Urgent closing burst to the ball. Full force tackler with thump behind his pads. Keeps feet moving and active throughout his pass rush. Can become a quality edge-­setter with a little lower pad level. Has some pass rush reps showing ankle flexion to turn corner at 45-degree angle. Won’t let tight ends punk him. Better pick man than twister in tackle/end and end/tackle twists. Traits are there and teams likely to be patient with his development.

WEAKNESSES: Has tools to set a harder edge but isn’t there yet. Inconsistent contact balance. Lays on blocks longer than he should. Needs to keep working on controlling the rep with better hand work. Long legs get caught up in trash around the line of scrimmage. Below average at protecting against cut blocks. Instincts very much a work in progress. Could use nasty glass­-eater mentality at point of attack. Doesn’t flash the mean to impose his will. Not a natural counter puncher as pass rusher once initial try is stuffed. Won’t always accelerate into contact as pass rusher limiting his power potential.

BOTTOM LINE: Above average athleticism for a man his size and he has the effort level that should lead to continued improvement in the areas where he is deficient. Ward is a developmental prospect who has the size to fit as a 4-3 base end or defensive tackle and as a 3­-4 defensive end. Is he mean enough to play inside though? He might need a position coach to draw that out of him while he continues to develop. 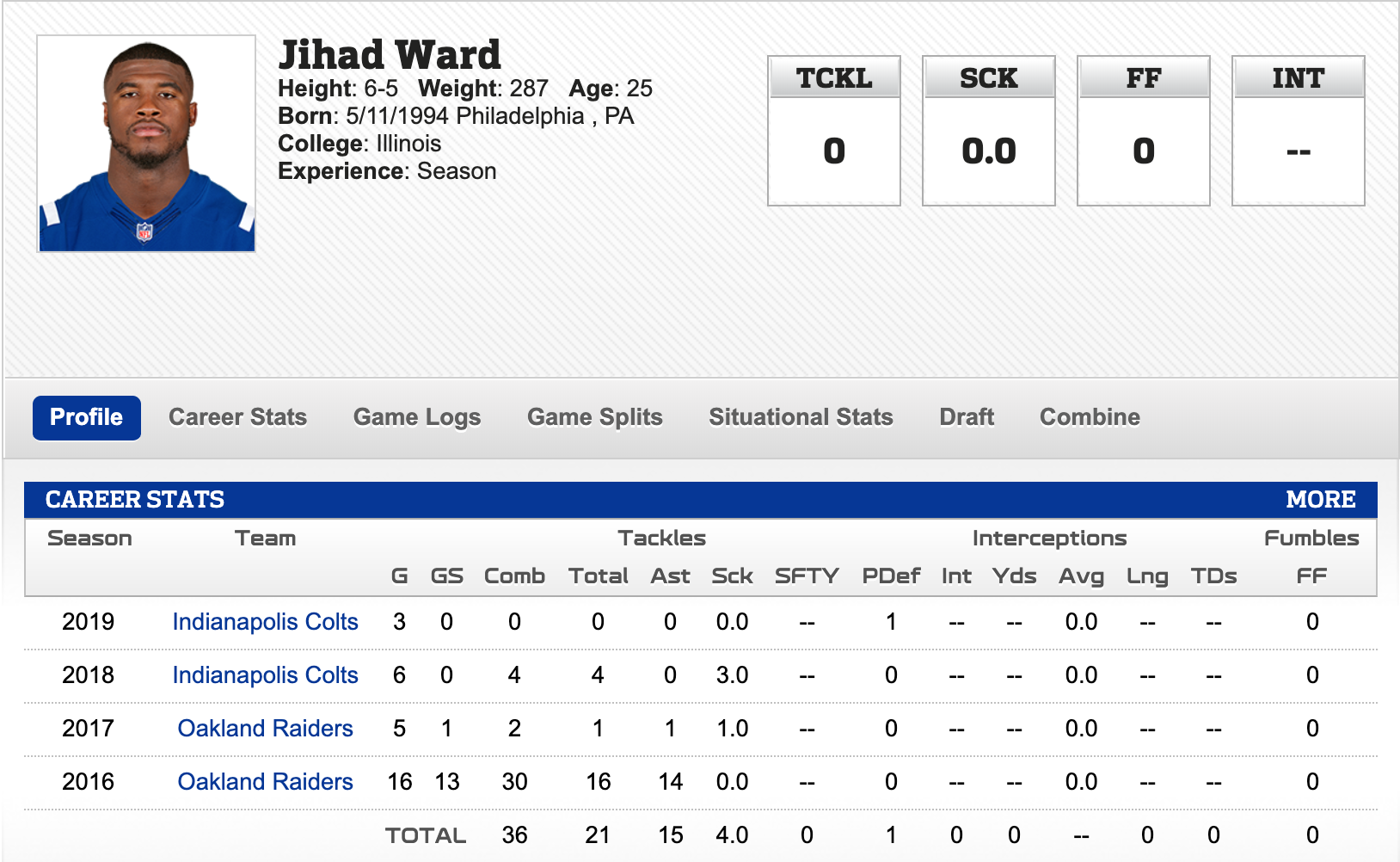 OTHER NOTES PER WIKI

Ward was selected by the Oakland Raiders in the second round (44th overall) of the 2016 NFL Draft, after dropping because he had a knee injury that was expected to require arthroscopic surgery. He didn’t participate much in organized team activities during the offseason. Ward finished his rookie season with 30 tackles in 16 games (13 starts) and wasn’t very effective.

On July 6, 2017, it was revealed that he had surgery on his left foot after injuring it during a workout, putting him out of action until mid-August. The injury limited him during the season, playing in only 5 games and was declared inactive in 10 contests.

On April 28, 2018, the Raiders traded Ward to the Dallas Cowboys in exchange for wide receiver Ryan Switzer, neither of whom would remain on their new rosters for long. Cowboys defensive coordinator Rod Marinelli coached Ward in the 2016 Senior Bowl.

On September 1, 2018, the Cowboys waived Ward during final roster cuts.

On September 3, 2018, the Indianapolis Colts signed Ward to their practice squad. The team promoted him to the active roster on September 13, 2018. He was placed on injured reserve on October 26, 2018 with an ankle injury.

On October 7, 2019, Ward was signed by the Baltimore Ravens.