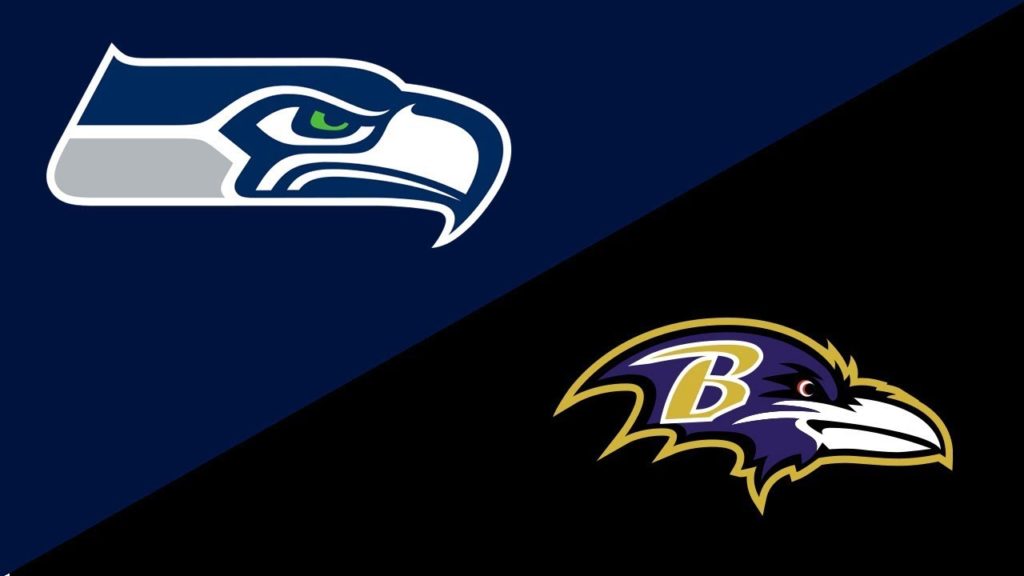 Can Ravens Upset Seahawks in Week 7 as Three-Point Road Underdogs?

The first six weeks of the season have been tumultuous for the 4-2 Baltimore Ravens, and now the AFC North-leaders head to one of the most hostile environments in the NFL in Week 7, visiting the 5-1 Seattle Seahawks at CenturyLink Field on Sunday afternoon (4:25 PM ET).

The Ravens vs Seahawks point spread opened with the Ravens as 3.5-point road underdogs, but that has since shifted to an even three. The moneyline has Baltimore at +150 to win the game outright.

Seattle Is Prone to Close Games

At a glance, taking the Ravens and the points looks like a better option than betting on Baltimore to win the game on the scoreboard. While the Seahawks are 5-1 on the year, they have only won one game by more than four points, and that came against a rebuilding Arizona team (27-10).

Three of their other four wins were by two points or fewer. While Russell Wilson is playing at an MVP level and the Seattle offense is the third-most efficient unit in the NFL according to DVOA, their run-heavy approach coupled with a susceptible defense (18th in DVOA) are leading to tight games on a weekly basis.

Baltimore’s Ground Game Has a Great Chance to Shine, Again

Seattle’s defense doesn’t match up well with Baltimore’s similarly ground-heavy attack. Last week, the Cleveland Browns gashed Seattle for 157 rushing yards at 6.5 yards per carry. Both the Cardinals and Steelers averaged over 5.0 YPC against Seattle earlier in the year, as well.

The Ravens come into Week 7 leading the league in rushing at 205 yards per game. While Lamar Jackson got off to a fast start with his arm in Week 1 against a god-awful Miami team (17/20, 324 yards, 5 TDs), it’s no secret that the Baltimore offense remains at its most dangerous when Jackson is threatening teams with his legs, forcing opposing defenses to devote valuable resources to containing him.

In Baltimore’s five games against teams not named the Dolphins, Baltimore is 3-0 when Jackson has run the ball at least ten times and totaled at least 70 yards. They’re 0-2 when he hasn’t.

The second-year pivot is currently on pace for over 1,200 rushing yards, which would shatter Michael Vick’s single-season record by a QB (1,033).

John Harbaugh knows what his team needs to do to move the ball and he’s leaning into Jackson’s strengths, arguably even more so than last year. If he keeps it up at Seattle, Baltimore should be able to put the ball in the paint a few times. 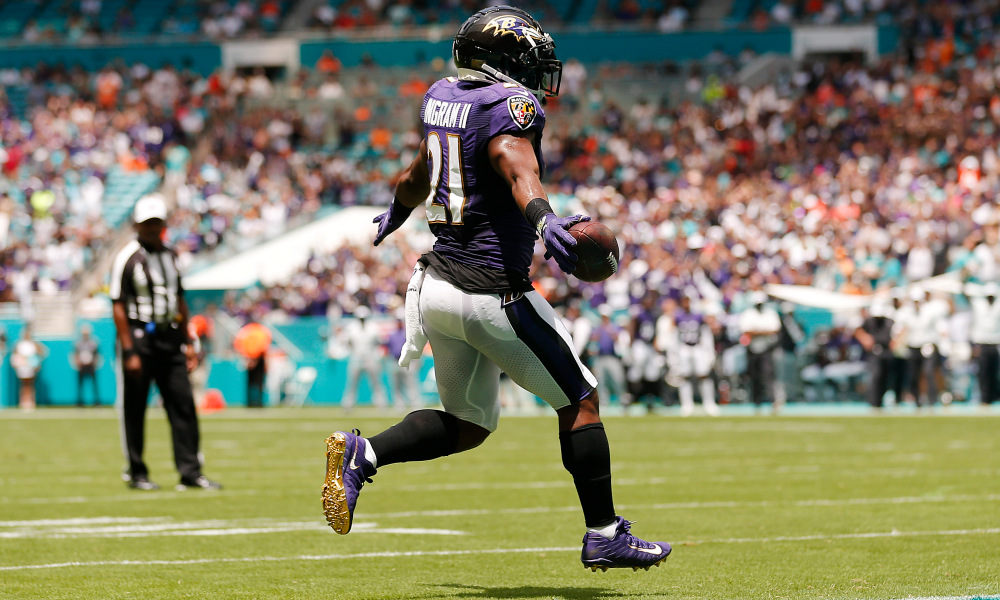 MIAMI, FLORIDA – SEPTEMBER 08: Mark Ingram #21 of the Baltimore Ravens celebrates after rushing for a touchdown against the Miami Dolphins during the first quarter at Hard Rock Stadium on September 08, 2019 in Miami, Florida. (Photo by Michael Reaves/Getty Images)

Putting up points is obviously only half the battle. The Baltimore defense also needs to find a way to stop, or at least slow down, Russell Wilson. He currently leads the league with a passer rating north of 124. No other quarterback is higher than 112. He’s thrown 14 touchdowns and zero, yes zero, interceptions.

After limiting Miami and Arizona to 549 yards in Weeks 1 and 2, combined, the Ravens looked powerless against Kansas City and Cleveland the next two weeks, giving up a combined 77 points and over 1,000 yards of offense.

The unit stopped the bleeding with wins over Pittsburgh (26-23 OT) and Cincinnati (23-17) the last two weeks, holding both teams under 270 yards. But the Steelers were down to Mason Rudolph at QB to start that game, and relegated to third-stringer Devlin Hodges by the end of it.

The Bengals, meanwhile, have the fourth-worst offense in the NFL.

The fact remains that the two best offenses Baltimore has faced so far have both torched this defense.

The midweek addition of high-risk/high-reward cornerback Marcus Peters from the Rams should bolster the secondary over the remainder of the season, which is big for a unit that ranks mid-pack in the NFL in coverage according to ProFootballFocus. But Peters isn’t going to do anything to improve a pass rush that’s considerably worse (27th).

The Ravens offense looks uniquely suited to thrive in this tough road environment. Coupled with Seattle’s penchant for playing hyper-close games, look for Baltimore to keep this within a field goal. But again, winning outright at CenturyLink Field against a QB playing at an MVP-caliber level is probably too much to ask, especially when you consider the likelihood that Wilson will have all day in the pocket against a meager Ravens pass rush.