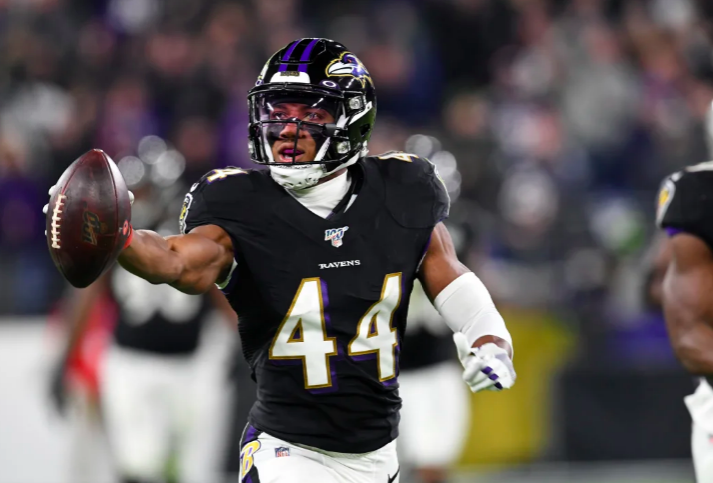 Bill Belichick was in no mood to talk.

The Patriots coach watched his team get manhandled by the Ravens on national television.

Perhaps the biggest compliment were the things he didn’t want to say.

Belichick was bitter, angry and embarrassed with the lopsided 37-20 loss.

“I don’t know. Right now, they are not on the schedule, so we don’t have to worry about them,” he responded to a question about seeing Ravens quarterback Lamar Jackson up-close and personal as opposed to watching the tape.

When pressed about Jackson’s performance, he simply said, “They were better well-coached, and they have a lot of weapons,” refusing to elaborate on how the young quarterback shredded his vaunted defense.

Belichick was a transcribers’s dream with his short answers.

On the other side of the hallway in bowels of M&T Bank Stadium, the Ravens let loose with a raucous celebration. It was a statement win and they were going to take some time to bask in the glow.

New England initially had no idea how to contain the Ravens, who jumped out to a 17-0 lead in the 14 minutes of the game.

The Patriots settled down and thought they found a way to bottle up Jackson and the Ravens offense midway through the second quarter. New England capitalized on a pair of turnovers to pull within 13-10 at the half.

The defining play of the game came midway through the third quarter.

The Ravens clung to a 24-20 lead, but the Patriots had taken most of the momentum. On a key third-and-five, the Patriots went to a Cover Zero — man-to-man coverage to bring a heavy blitz — to attack the young quarterback. Jackson absorbed the pressure and threw an 18-yard completion to tight end Mark Andrews to extend the drive.

New England never seemed to recover after that play and the Ravens scored 17 consecutive points to complete the rout.

Jackson showed how far he has grown as a quarterback by reading the coverage.

“We’ve been studying it all week, throughout the bye week,” Jackson said. “Coach has been drilling it in my head. We get it from our ‘Look Team.’ Those guys do a great job of showing us great defensive looks, and I knew where I was going all the way. I just had to buy a little time, because there was one guy free off the edge, and we made it happen. The offensive line did a great job, and so did Mark.”

After the quick celebration, the Ravens were already looking at the big picture. After all, this was just one game, albeit a big one.

The Ravens improved to 6-2 and have a two-game lead the AFC North. They probably just need to go 4-4 or even 3-5 the rest of the way to earn a spot in the postseason and a home playoff game for a second straight year.

“The Patriots are a great football team,” Ravens coach John Harbaugh said. “They’re a very, very well-coached football team. [They] always are, and they are again this year. I thought they played really well. They had a great plan, and it’s just a really good accomplishment to beat a team of that caliber. We’re proud to do it. We know it’s just one game. Just half the season is over. That’s it. We have half the season still to go. So, there are a lot of stories still to be written, and we’re moving on to the next game.”

The players and coaches have their eyes on a bigger prize. The win over New England firmly makes the Ravens a legitimate Super Bowl contender.

Jackson left the field to chants of “MVP.” He had 224 yards of total offense (163 passing, 61 running) with three touchdowns (two rushing, one through the air).

But he also is solely focused on the team’s goals.

“It’s pretty cool, but like I said before, I’m focused on winning,” Jackson said about the crowd’s reaction. “We got it done today. We just have to build, get ready for [Cincinnati] next week.”

The sky is officially the limit.