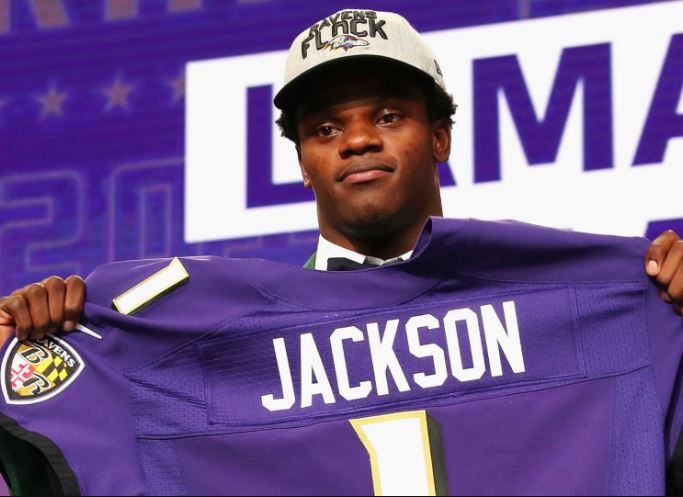 Sunday night was a showcase moment for not only the Baltimore Ravens franchise but the city of Baltimore. In a national spotlight for the world to see, the fanbase flexed their considerable might against this era’s gold standard – the New England Patriots. It was an incredible sight and an electric atmosphere that you could feel from your electronic devices, let alone how it must have felt in the stands.

It’s always special to play the Patriots in Baltimore, because frankly, it happens so rarely. To beat them handily as heavy underdogs? Even better.

In large part, it was the 2018 Ravens draft class that led the way in this game. Obviously, Lamar Jackson gets the spotlight. But here’s how the others fared.

Offensive coordinator Greg Roman ran a heavy combination of three tight-end looks Sunday, and Hurst was largely his major chess piece to flank out wide, move around, and create mismatch opportunities and blocking angles against the New England defensive backs. Through the year, Hurst has proven time and time again that he’s a major cog in the Baltimore rushing scheme. His ability to play in-line, out wide as a pseudo wideout, and in the backfield as an H-Back enables Roman to run his complex blocking schemes.

He is in many ways the Delanie Walker of this offense.

Brown and his offensive line mates had their way upfront against New England, to the tune of 210 yards. The line set the tone all night and Brown has already shown his mean streak on power runs to his side. He was rooting players off the ball and sliding them laterally on a few of Mark Ingram’s key cuts.

Big picture: Zeus Jr. has clearly surpassed his draft status and now looks to be one of the biggest steals of that draft. He continues to carve his niche as one of the young, ascending right tackles in the game.

Bill Belichick will find a way to lock down the opponent’s most essential offensive cog and make them fight left-handed. Sunday, the Patriots were determined to take Andrews out of the game. He had a quiet night, but his most critical catch reflects his importance to the pass offense and Jackson in particular – an impressive 18-yard snag on a critical third down where he climbed up above the defensive back to secure the ball.

Winovich (50) stunts inside, beats Skura & gets pressure in Lamar's face. It's subtle, but notice how Lamar quickens the pace of his drop in order to get set & get the ball out. Ball placement gives Andrews the opportunity to take advantage of his size & height advantage. pic.twitter.com/mLW40cLhj9

In many ways, Roman knew Andrews would be the focus so he was the decoy to draw coverage, enabling the other tight ends to shine. On the whole, Andrews has all the ability to be every bit as good of a pass catcher as a Travis Kelce or Zach Ertz in this league. He’s well on his way to that path, especially with the connection he’s formed with Jackson.

Bozeman and guard Marshal Yanda were mashing the Patriots all night long on inside runs. Overall, Bozeman has really established himself quite nicely at the left guard position. He’s been shaky at times in pass-blocking situations. But as a pull blocker who can locate and get to the second level – and there were a lot of positive second-level blocks on linebackers Sunday night – he’s been impressive all year long. Coming into the season, left guard was a position of concern, but Bozeman looks like the right fit. Coming out of Alabama, he was someone who had the potential to be a starter, really at the center spot.

Transitioning to guard has worked in the Ravens’ favor because Bozeman seems like an ideal scheme fit for Roman’s diverse blocking scheme.

Like Andrews, stats don’t really tell the story of Edwards’ performance. He had seven carries for 27 yards. But Edwards was a calming influence and reliable ball-carrier for the coaches to lean on, especially when Mark Ingram – as great as he is – put the ball on the turf in another momentum-shifting situation. Edwards’ ball security is an underrated quality. As an inside runner, Edwards continues to be a battering ram. He continues to be among the best No.2 backs in the league and without him last season, this team doesn’t make the playoffs.

Remember the sentiment before the 2018 draft? It was Ozzie Newsome’s last draft – but there was a ton of pressure on the front office to get it right. Between 2015, 2016 and 2017, the franchise had clearly taken a step back. The 2017 loss to Cincinnati in a win-and-get-in scenario was a back-breaker that really re-defined the John Harbaugh/Joe Flacco era. The stakes couldn’t have been any higher for a franchise at a crossroads.

I remember distinctly thinking, “this team needs a New Orleans Saints’ draft.” When the Saints faced a similar predicament in 2017, after finishing with a 7-9 record three straight seasons, general manager Mickey Loomis struck gold with his class. Actually, as fivethirtyeight.com astutely pointed out in an analytics-driven piece, they may have had the best rookie class of the century.

They could very well be right. New Orleans gained four instant, impactful starters from that class, including Marshon Lattimore, Alvin Kamara, Ryan Ramczyk, and Marcus Williams. Rarely has a team seen such a turnaround with rookies leading the pack. Those players still form the nucleus of the Saints roster in 2019.

Loomis and the Saints set the bar high for Ozzie and Eric DeCosta last year, but in my mind, they needed something similar. They needed to hit on rookies who could contribute right away, or they’d face a tougher transition, especially if they decided to phase away from Flacco and start over at the quarterback position.

Jackson has been a revelation. He’s the cornerstone of this draft class and has forever changed the fortunes of a franchise that seemed to be mired in mediocrity. No one could have imagined he’d make this transition go so smoothly.

However, while Jackson has been the most vital piece of the puzzle, we’ll look back at this entire 2018 class as being among the best of the century as well. They’ve already given a Saints-like impact.

Can they surpass them? Time will tell. But they’re the driving engine of this new Ravens team that has the look of being contenders again.