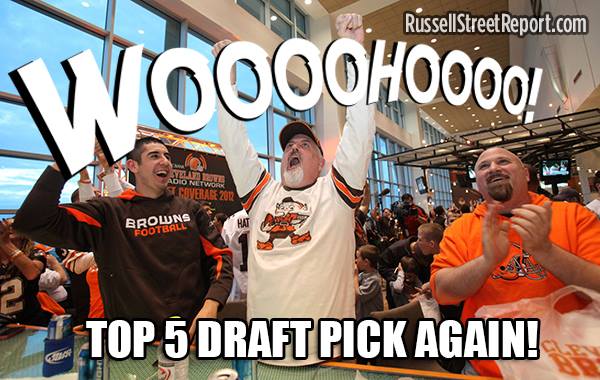 And admittedly, I find pleasure in that.

The paper champions, the offseason darlings with a GM who was praised for how adeptly he shaped a long-struggling cellar dweller of a team into one that was seemingly poised to challenge for the Super Bowl, sit at (2-6) and are staring at a possible (2-8) start.

How soon before OBJ wants out? More on that in a minute.

But let’s be real, shall we? The warning signs were all there – as predictable as LeBron James whining about anything and everything. Oh, wait he wanted out of Cleveland too…again! How could anyone reasonably expect an inexperienced head coach like Freddie Kitchens to manage a collection of strong and oftentimes outlandish personalities that are the Cleveland Browns?

Kitchens is in way over his head. Most outsiders knew it. The insiders, they bought in to Kitchens, perhaps persuaded by the petulant child that they call their franchise quarterback. It’s laughable (and enjoyable) to watch and listen to the likes of The Mad Dog and Adam Schein pile on this dumpster fire in Ohio.

I do feel for the fans of Cleveland. They’ve suffered through decades of ineptitude yet they still show up at that place they’ve cleverly labeled The Factory of Sadness. It’s one of the few plants in Cleveland still producing. But those fans bought in. They guzzled the orange Koolaid like Charlie Sheen does vodka-tonics. Some even ponied up their hard earned dollars to go under the needle for some ill-advised indelible ink.

The Results Are In: The Guy Who Got A Browns Super Bowl Champs Tattoo Is An IDIOThttps://t.co/HSAmdpwKF1 pic.twitter.com/Qi4s2CK7Bs

It will be a challenge for this fan to undo his ill-advised fashion statement which really amounts to the branding of an idiot, but fashion faux pas seem to be the Cleveland way. Earlier this season OBJ was more interested in having a color-coordinated watch than he was in dissecting opponents’ tendencies. Now he and his BFF Jarvis Landry have been called out for cleats that look like they were the creation of third-grade art students.

The NFL ordered Odell Beckham Jr. and Jarvis Landry to change their custom cleats at halftime of the Browns-Broncos game, and threatened them with ejection if they did not comply. https://t.co/7yyJaULh5B

OBJ and Jarvis Landry were told they had to change their cleats at halftime yesterday or they would be ejected from the game.

Funny… I’m not seeing any reports of Stefon Diggs being forced to change his cleats… Are we still pretending the #Browns aren’t being singled out? 🤔 pic.twitter.com/GCRWLlhGu4

Were OBJ and Landry singled out? Maybe. But that’s what happens when you represent a team that is nothing more than a colossal underachiever. You get a lot of bad press. You become the team that the world loves to hate. You’ve earned it Cleveland. Now own it or do something about it.

Players have a variety of ways to prepare for games. Some will meditate. Some will soak in the game day surroundings. Some will listen to music to heighten focus and get their minds right for the battle ahead.

How does Baker Mayfield get ready for a game?

He gets out a razor and shapes his beard into a Fu Man Chu.

Keep trying Baker. One day you’ll get it right. Or maybe not.

Besides his mustache, Mayfield needs to get it right with OBJ or that volcano is going to blow – soon! These tweets tell the story.

Odell Beckham was open on that 4th-and-4, but Baker Mayfield didn’t throw his way.

Per CBS sideline report, Odell said after this, “I can’t get the ball to save my life.”#Browns | #CLEvsDEN pic.twitter.com/IelygRRjOI

Baker Mayfield has really turned Odell Beckham Jr. into just another guy. Do you realize how hard that is to do? Eli closed his eyes, threw the ball, and would find Odell downfield.

Baker can’t find him with his eyes open.

Odell Beckham, one of the most talented WRs in the league, has 3 redzone targets this season.

That ranks 126th among all receivers. pic.twitter.com/S57nPA1i7M

“I can’t get the ball to save my life” – Odell Beckham@obj had Chris Harris beat for a touchdown but Baker didn’t even look for him, he threw to double coverage instead on 4th down at the end of the game.pic.twitter.com/Jpj86cWgN4

Browns player Jermaine Whitehead just got his twitter suspended 15 min after losing to the Broncos.

To their credit, the Browns dumped this clown Whitehead. But they’ve invited these personalities. They’ve made their bed. It’s their mess to clean up and it should probably start happening after they drop to (2-8).

If you can’t take the heat, get out of the Kitchens. And before the turkey is fully basted on Thanksgiving, that’s likely what GM John Dorsey will do. They’ll need a fall guy and Freddie is it. And Baker will be absolved.

Baker Mayfield could’ve won the game with a TD to a wide open OBJ on the sideline, but instead he forced a pass into double coverage, turned the ball over on downs and lost. pic.twitter.com/tim2l18Qzs

How long before Kareem Hunt gets into the mix and does his off-the-field thing? How long before Nick Chubb gets ticked when some of his touches are given to Hunt?

Until then, I’ll file all of this under, “Things That Make Me Smile”. 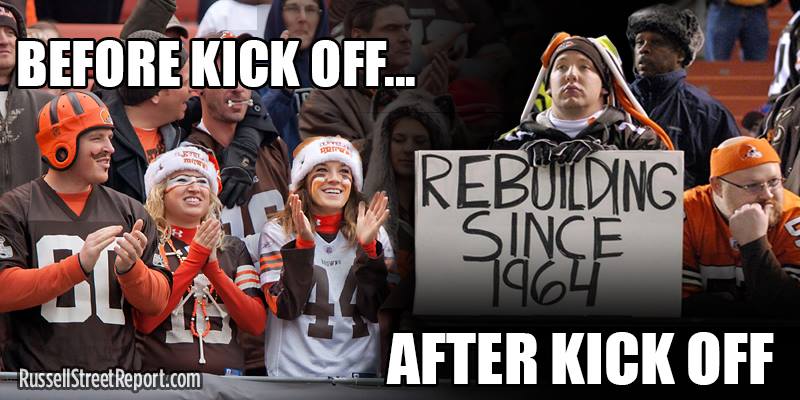