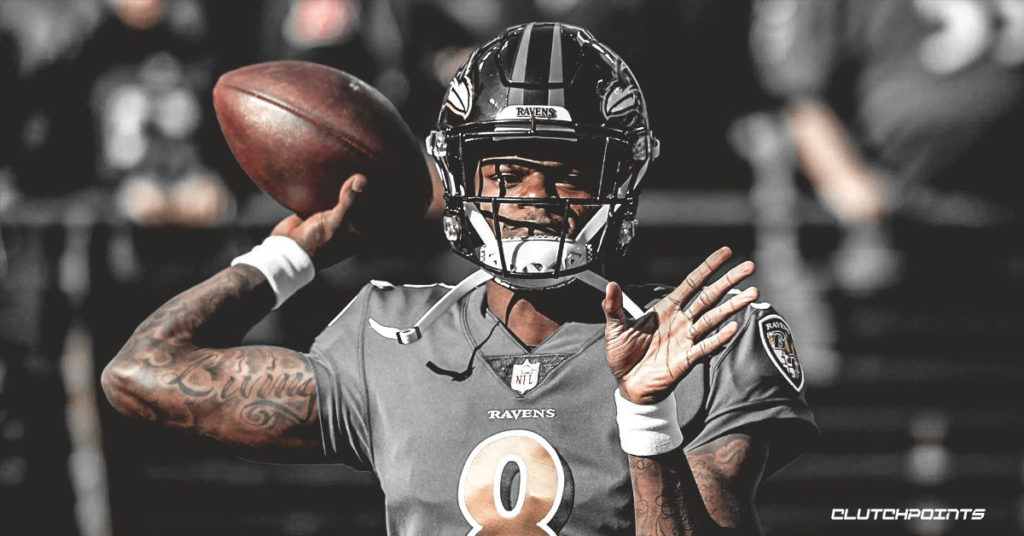 If you pay any attention to the Ravens press conference transcripts which are posted regularly on RSR’s forums, you can almost feel the disdain that John Harbaugh holds for a certain member of the local sports media.

105.7 The Fan’s Jerry Coleman is about as pleasant as a hemorrhoid. He’s that guy – the one who wants to grind someone’s gears just to take credit for the rise his questions and/or behavior might elicit. He’s the guy who might rat you out in grade school; the guy who would keep the change if the cashier mistakenly gave too much; the guy who was chased away by WBAL, 98 Rock, Sports Talk 980 (DC), Q 1370 and a few times by 105.7, only to somehow resurface like Child’s Play’s Chucky.

Here’s a recent excerpt from Monday’s presser with John Harbaugh:

Coleman: “Speaking of comparisons, NFL coaches … Do you feel like your fraternity of NFL coaches, you guys have a bigger input on your sport, on the game than, per se, your counterparts in the NBA and maybe even in baseball?”

Harbaugh: “To answer the question with any credibility whatsoever, I would have to have some semblance of an understanding of what influence they have, which I have none. I don’t know what kind of influence [coaches in] those other sports have.”

Coleman: “Well, it’s said that the NBA is a player’s league. Baseball is now being run by the analytics. Coaches have more of an input in the NFL, perhaps, than in other sports.”

Harbaugh: “I don’t think I can base my answer on that explanation of what amount of input they have in the two sentences you gave me, so I still, I don’t know. But thanks for trying to educate me on that.”

Coleman: “You’re a fan of those other sports, so I figured you may have a reply.”

On the other end of the beat writer spectrum, there’s The Athletic’s Jeff Zrebiec. JZ is informative, insightful and thoughtful, and as such he is respected by the Ravens and his peers in the media.

Jeff at one time covered the Orioles for The Sun then migrated to the Ravens’ beat. Today he calls The Athletic home and there his talents have shined. No longer is he just reporting, he also has been enabled by those who run The Athletic, to provide opinion and publish unique feature stories.

If you aren’t a subscriber to The Athletic, you should be. Even though it’s a paid for publication without ads, it’s worth the 13 cents per day. And that’s more than can be said about The Sun. They want you to pony up AND then bludgeon you to death with pop up ads.

Buy The Athletic subscription and then follow Jeff on Twitter, @JeffZrebiec. It’s all the media you’ll need to keep up on the Ravens, other than RSR of course.

Many have made a big deal of the black cat at the Meadowlands during the Monday Night game between the Giants and Cowboys. And why not, it was probably the most exciting part of the game, made great by Kevin Harlan’s play-by-play.

The Watchdog doesn’t always agree with Colin Cowherd. But he’s in the opinion business and whether you agree or not, his opinions are well-articulated. Plus, you have to admire a man who admits his mistakes, something that say, Jason LaCanfora would never do. But then if he did, it might eat up his work week.

Last Friday, Cowherd said that the Browns would be back in first place in a month because of their easier schedule. By Monday he was backstroking, calling this misguided opinion the “worst take ever”. Meh, don’t be so hard on yourself there, Colin.

During his rant which you can watch in its entirety below, Cowherd did make an interesting point.

“[Sunday] night wasn’t about New England, it was about Baltimore. It was about John Harbaugh being disrespected for years, and it was about Mark Ingram and Lamar Jackson being a pain to prepare for. In the new NFL world where you use pads once a week, good luck preparing for the best rushing team in the league by a mile, who is also super physical.”

We all know that a scout team trying to simulate Lamar’s skills is next to impossible. But this thought from Cowherd is thoughtful and spot on.

When the dog saw that click bait story from CBS Sports about the Chargers possible move to London, the first thought – this had to be Jason LaCanfora’s doing. Wrong. Sorry Jason.

But really, what reputable media source would go with such a story. The Chargers to London makes no sense. They are committed to being a tenant at the $5 billion SoFi Stadium. They play in the AFC West and unless there was going to be some divisional realignment, teams from the west coast would be burdened with a 13 hour flight and an 8-hour time difference.

Chargers owner Dean Spanos on his team potentially moving to London: “It’s total f—kin bullshit. We’re not going to London. We’re not going anywhere. We’re playing in Los Angeles. This is our home, and this is where we are planning to be for a long f—king time. Period.”

Even if he’s gracious and at times self-deprecating, let’s just admit it – Lamar is a star. The Media Watchdog heard that following the game, Lamar was to follow John Harbaugh at the podium but before Harbaugh could step down, Earl Thomas had come out for his postgame interview as well. Lamar who was next, deferred to Earl has a sign of respect for the veteran.

If you want to know why Lamar is so well-liked, it isn’t just about his play and leadership on the field. It’s more than that. Here’s evidence.

@RSRLombardi this is what I noticed the other night towards the end of the game.

When Ingram gets stopped at the goal line, who’s the first guy to run to his fallen OL and help them up?

And THAT is what makes this team love him and #RavensFlock adore him. pic.twitter.com/g7vX10f5Nt

Players across the league are gaining respect for Lamar. Even the G.O.A.T.

.@TomBrady to Lamar Jackson before the game: “Big fan.” @Lj_era8 to Tom Brady after the game: “GOAT.” 💯 (via @NFLFilms) pic.twitter.com/7aRhJEVfCH

“Tim Tebow With a Suntan”

Tim Tebow with a suntan – those are the words of Speak For Yourself’s Jason Whitlock when describing Lamar Jackson. It’s part ignorant and some may even consider it racist. But we’ll leave that to the RSR political forums.

Whitlock: “What’s going on with the Ravens this offseason are actions that reveal the truth about Lamar Jackson… Lamar Jackson is Tim Tebow with a sun tan.” @WhitlockJason pic.twitter.com/4pnGlRpms0

But back to the ignorance…

In this video clip below, Whitlock along with his merry band of Belichick slob knockers, actually attempt to convince us that the Patriots were the more impressive team on Sunday night.

Whitlock has already established himself as a Contrarian For Clicks. His take is worthless. Tony Gonzalez seems to be having a difficult time keeping a straight face and you’re left wondering if he even believes the drivel sliding out of his sideways mouth. Mohamed Sanu could have been one of the all-time greats? Really? The dog had to cut Gonzo off there.

And Marcellus Wiley, you are spewing off the same lazy rhetoric championed by so many of your ignorant and uninformed national media peers – that rhetoric being the alleged advantage teams will have the second time they play against Lamar Jackson. After all, just look what the Chargers did during Wild Card Weekend earlier this year, right Skippy?

These bozos ignore Lamar’s development as a passer; they ignore how much he’s improved with ball security; they ignore the fact that Greg Roman is the new OC and not the insanely inadequate Marty Mornhinweg; they ignore that the Ravens have an expanded playbook designed FOR Lamar, not the inherited one from last season intended FOR Joe Flacco; they fail to pinpoint the most glaring weakness in that playoff loss to the Chargers – the offensive line; AND, they assume that the Ravens will do exactly the same thing and not counter any anticipated adjustments from opponents.

Oh, and then there’s this silly argument that Bill Belichick will create some bulletproof plan to thwart all things that worked for the Ravens the next time around, as if the Ravens offensive coaching staff will sit around all week and do nothing. That’s just insulting to Roman. Even Eric Mangini, who has for years sucked up to Belichick because he’s so butt-hurt from Hoodie’s cold shoulder, stemming from Mangini being the whistle-blower in Spygate, said that Roman did the same thing to the Patriots with Colin Kaepernick back in 2012 – when the 49ers hung a 41-spot up on the genius.

Maybe mobile quarterbacks are scheme busters for a defense that really doesn’t have the best athletes, relatively speaking.

Tony Gonzales, the dog is still shaking his head at your ineptitude.

Clip and Save Jason LaCanfora Tweet of The Week

Cowboys are fugazi. Whenever Jerry thinks they are going to the Super Bowl they end up watching the playoffs. Ive been a skeptic since the off-season. They’ll be 9-7 even playing in that weak division

Until next time, the Media Watchdog says…