Houston, You Have a Problem

In today’s Two-Minute Drill, we’ll take a look back at the Ravens taming the Bengals in Week 10, look ahead to Sunday when the Ravens host the Texans in what many expect to be a high scoring offensive affair, our top-5 AFC North GOONS and more…

But first, a quick update around the NFL!

On Saturday, the NFL will be hosting Colin Kaepernick in Atlanta for what appears to be a basic little combine for the 30-something year old former 49ers signal caller. Some may call it a PR stunt, while others think it’s about damn time and he’ll finally find a home. As for yours truly? I believe that [Content hidden by pay wall. Venmo me directly for my actual 2 cents]. I’m sure most of you will agree!

Remember 2018, when Browns fans hyped Antonio Callaway as the next great NFL wide receiver? Showing up to camp out of shape, being suspended by the NFL for four games, constant tardiness and a team-imposed suspension that led to his pink silp all sorta contradict those predictions, don’t they?

Yea yea yea, I know we need them on the D-Line, but the fact that Domata Peko’s constant smiling is contagious, and Justin Ellis goes by ‘Jelly’ is really the best part of these signings.

Suspensions were doled out in Thursday night’s melee between the Browns and Steelers and I think each one is about right. Myles Garrett acting like a total a-hole gets the boot, Maurkice Pouncey gets three for trying to Free Aaron Hernandez all over the back of Myles Garrett’s head, and Ogunjobi with a cheap shot on a helmet-less Mason Rudolph gets one too. So why didn’t Rudolph get one for instigating by trying to rip off Garrett’s helmet first? Simple: because that’s not a suspendable offense, just a personal foul and ejection. He’ll get fined, as will others, but the Ravens now won’t see Garrett (or Morgan Burnett – ACL) in Week 16.

I still recall all of the “it’s a trap game” folks actually concerned about the Ravens losing this one. Silly little people…

One more note on this game before we move on: every time I watch the replay of Lamar’s touchdown run, I legitimately cannot help myself and drop a Chris Berman “WHOOOOP!” in there right at the spin move. 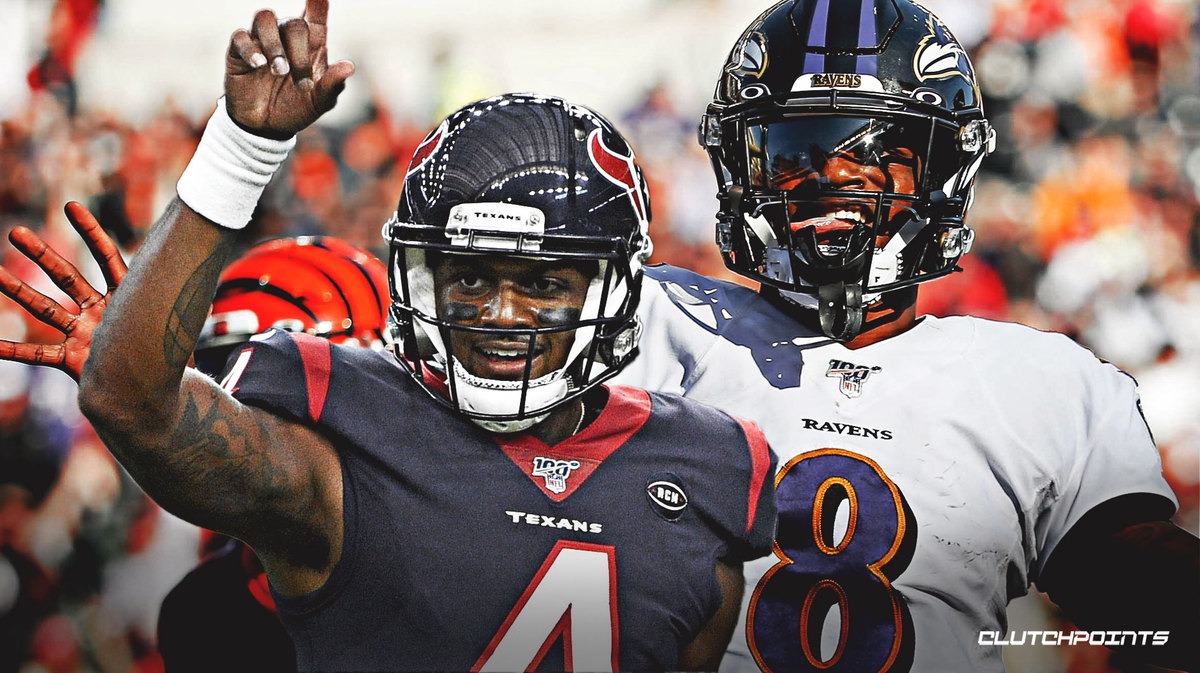 Lots of chatter this week around Deshaun Watson versus Lamar Jackson (although the two will never see the field at the same time, thus the comparison, like all “QB vs. QB” comparisons is foolish at best) and replays of their college tape when Louisville took on the Clemson Tigers in an exciting high scoring offensive affair, with pundits expecting a similarly high scoring game come Sunday…

But I’m here to talk about the defense, namely the Ravens defense that’s literally flying far under the radar this Sunday, and it’s a damn shame.

During their five-game winning streak, the Ravens defense has held every opponent (Bengals x 2, Seahawks, Steelers, Patriots) to fewer total yards than their season averages, while amassing 10 turnovers, and five defensive touchdowns. Every opponent has been held to 23 points or less, including the Patriots (who average 30 ppg) and Seahawks (27.5 ppg).

In short, this Ravens defense has found their stride, and the fact that they’re being brushed off this week because ‘it’s the Texans’ is absolutely asinine. I’m sure Wink is piling up the bulletin board material this week, and I expect another big, stifling performance on Sunday with multiple turnovers for the 3rd straight game.

The Texans defense is likewise being forgotten…rightfully so. Houston does have the 3rd best run defense but uh… the Patriots had the number one run defense and the Ravens ran for 210 yards on them so… yikes.

Outside of their run defense though, the Texans are average at best: 21.1 ppg allowed (15th), with the 29th ranked pass defense in the NFL. I think we’ll see a big game from the offense, notably the wideouts, due to struggles by the Texans against burners on outside.

Prediction: Lamar Jackson completes 20/28 for 270 yards, two TDs (Hollywood, Ricard) & 1 INT (tip drill), with another 70 yards on the ground and a rushing score to boot. The star of the offense will be Hollywood Brown, not necessarily in terms of volume catches, but a monster 75-yard catch and run after burning his single coverage deep. Mark Ingram and Gus Edwards will struggle to break four yards per carry, but Ingram gets goal-to-go score to satiate his fantasy owners.

Defensively, the Ravens will hold Watson to 250 yards, two touchdowns and two picks (he currently has just one pick on the season), with a pair of fumbles by Carlos Hyde (80 total rushing yards on the day), who will lose one of those inside their own 20, leading to a short field scenario that Lamar turns into six.

Ultimately, the Ravens take a 10-point lead into halftime, which quickly balloons to 17 with an opening drive touchdown after the break. The Texans turn one-dimensional on offense, allowing the secondary to get into their comfort zone, jump some routes on Watson, and rope in some turnovers.

A late Houston touchdown makes the score look closer than the game ever was, as Baltimore moves to 8-2.

There’s plenty of great games to tune into this Sunday (and Monday), and hopefully less street fighting than the Thursday Night Football dumpster fire…

Saints @ Bucs. Sun @ 1pm. I don’t particularly care about this game, but a pissed off Drew Brees after a loss to the lowly Falcons has me hype as hell for a 400+ yard passing game with 4 TDs to boot.

Pats @ Eagles. Sun @ 4:25pm. Super Bowl LII rematch and I am praying we see Brady try to catch another pass (and fail).

Bears @ Rams. SNF @ 8:20pm. The Ravens head to LA to take on the Rams next Monday night, so this is scouting the opponent and hoping the Bears dismantle them to make me feel a little warmer and fuzzier about our left coast trip upcoming.

Chiefs @ Bolts (except not really @ LA because it’s in Mexico City). MNF @ 8:15PM. The game itself wouldn’t be that exciting if the Chiefs hadn’t lost to a pretty woof Titans team last week. Could the Bolts really deflate the Chiefs even further by running them out of Estadio Azteca? I hope so…

I was going to do ‘Top 5 Tantrums in the NFL’ but the more I look at Thursday night, the more I realize it wasn’t a tantrum at all, just a bush league brawl. So instead, let’s rank this, and yes, I went specific here after last nights AFC North battle…

Look, I know Brownies fans will defend the helmet assault as a one-off, but it’s egregious enough that he moves into the top 5 for me. Deal with it.

Pretty sure Pacman Jones has accumulated enough fines during his time in the NFL to pay at least two vet min deals for an entire NFL season. He was always a ‘don’t you know who I am?’ sort of guy with Napoleon Syndrome that felt a need to yap and play dirty on the field and hope to get away with it (he didn’t).

The former Steelers linebacker was great at yapping his mouth, and pretty good at backing it up, but a goon nevertheless. Remember jumping the line to hit a hobbled Todd Heap when the Ravens were attempting to spike the ball to get Heap off the field? What about trying to fight Ray Lewis on the team bus? Even as a coach in Pittsburgh when he went onto the field (illegally) to shit talk Bengals players after AB got drilled by the next guy…

How many head shots and kill shots has this man attempted? There’s a reason he was eventually ousted from Cincy, and now booted from the league for his dirty shot loving ways…

The cheap shot artist himself that was on the field with an eye for blindside dirty hits first, and receptions second. His dirty shot on Ed Reed was one of the worst, but nothing made me happier than seeing Jarett Johnson give Hines a taste of his own medicine.

I miss any of your favorite AFCN goons?

Hines Ward get JACKED UP, courtesy of Jarret Johnson…