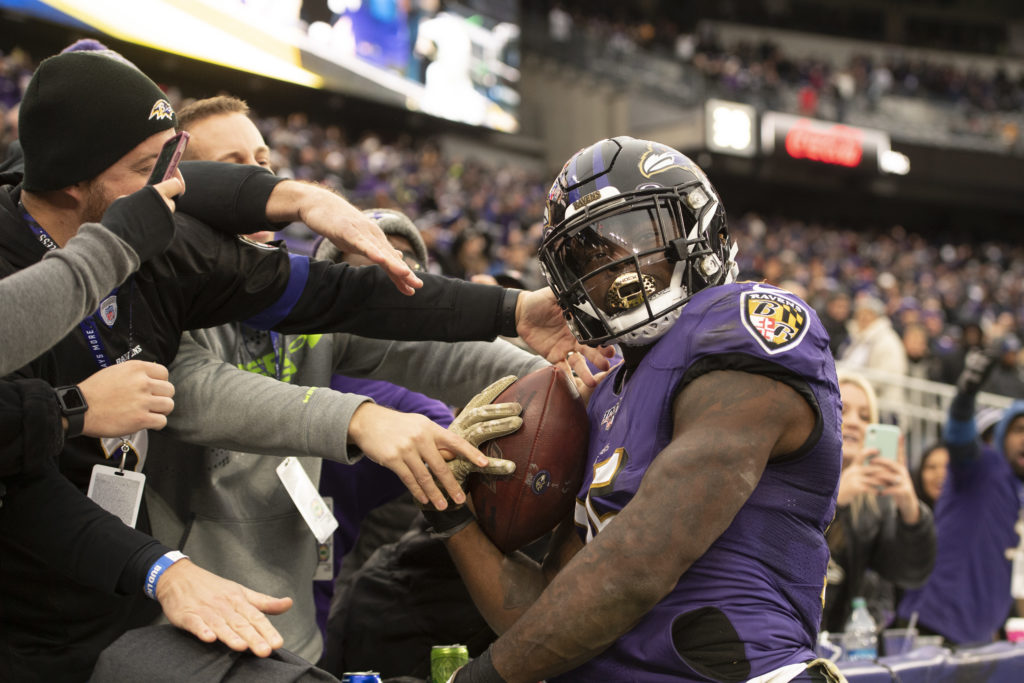 The Ravens are on the road again for Monday Night Football.

This time, they travel cross-country for a meeting with the defending NFC champion Los Angeles Rams.

It’s a familiar scenario for coach John Harbaugh and his crew.

“I’m not complaining. But I don’t know. It’s just something that you deal with, and we’ll be excited. The extra day will be good for us, in terms of getting ourselves ready and getting rested, but they have the extra day, too. So, I don’t think it’s an advantage. They’re home. That’s nice for them.”

Harbaugh has a valid argument.

While the Ravens had success on Monday night under Harbaugh, they face another stern challenge when they get back to Baltimore: facing the first-place San Francisco 49ers on six days’ rest.

This portion of the schedule is critical to the Ravens and their stretch run toward the playoffs. Baltimore currently holds the No. 2 spot in the AFC behind the Patriots, whom they beat 37-20 at M&T Bank Stadium in Week 9.

If New England slips over the final six weeks of the season, the Ravens could take over the top spot in the AFC playoffs because they own the tie-breaker. That means, there could be an AFC championship game played in Baltimore for the first time since 1971 when the Colts played the Oakland Raiders at Memorial Stadium.

Harbaugh is not thinking that far ahead.

His immediate focus is the Rams, and then dealing with San Francisco.

“We have to come back on a short week. The ‘Niners will be playing Sunday, and we’ll be playing Monday night,” Harbaugh said. “We won’t get back here until Tuesday morning, probably at eight in the morning or something like that, and we’ll be right into San Francisco preparation on Thanksgiving week. That’s another set of challenges. So, you think about all of that stuff going forward, but it is what it is. Everybody faces those things.”

The Ravens have shown great resiliency this season. They’ve already drubbed the Seahawks 30-16 in Seattle.  After the bye, Baltimore knocked off New England, Cincinnati and Houston.

The Ravens own the NFL’s longest active winning streak at six games, which is also their longest stretch of victories since 2000 — the year of the franchise’s first Super Bowl. Baltimore is now 8-2 and now has a three-game lead in the AFC North.

Nonetheless, the focus has not changed.

“I like to think that our training and our discipline kicks in in this moment when we have an opportunity. ‘When you face triumph or disaster,’ as the old poem goes, ‘you treat those two imposters just the same.’ It’s not about outcomes,” Harbaugh said. “It’s about process. And [if you] do things right in a disciplined way, you have a chance to be successful, no matter what you face.”