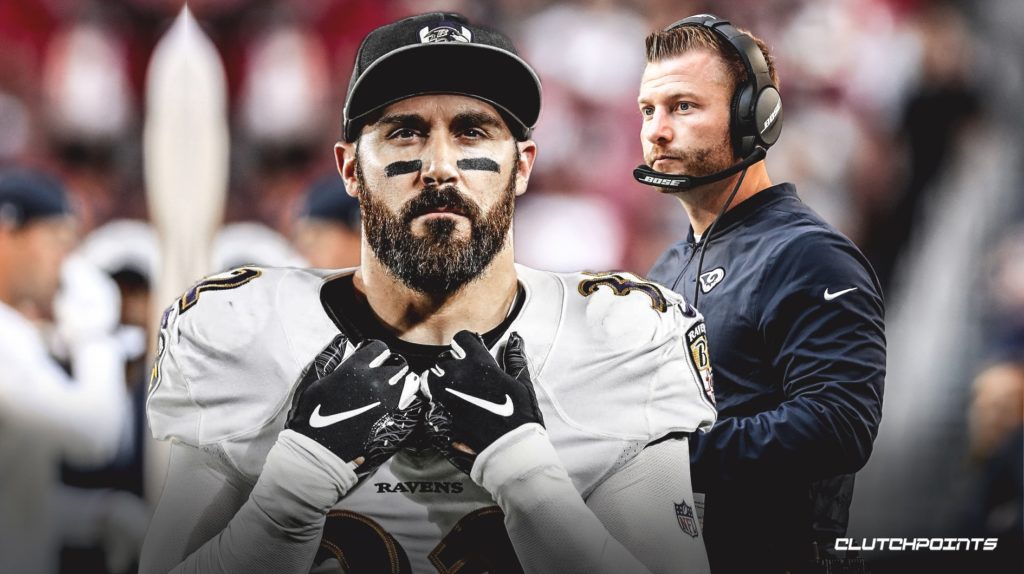 The Ravens travel to Los Angeles to take on the Rams Monday night. Upon arrival they will be reacquainted with an old friend – safety Eric Weddle.

Weddle had a productive three seasons in Baltimore and was a leader in the locker room and on the field. He’s respected by the organization and there has been some chatter that Weddle could return to the Ravens in some capacity when he decides to retire. He remains friends with many current Ravens and he and GM Eric DeCosta share a close bond.

Some believe that Weddle’s familiarity with the Ravens will give LA a strategic advantage, that perhaps the 6-time Pro Bowler will reveal some trade secrets. In an article published on ESPN.com written by Lindsey Thiry, Weddle emphatically states that won’t be the case.

“I have a lot of respect for that place, not only how it helped my career and rejuvenated my career, how they treated myself and my family. But it’s a very tight-knit group and what would I be — what kind of man would I be if I just turned my back on all of them?”

Weddle is a man of integrity but this is the NFL, where any information that can help secure a win will be used for that very purpose. It doesn’t make Weddle less of a man. It just makes him human in a league where winning means everything.

Current Ravens and former Rams CB Marcus Peters gets to say hello again to his former LA teammates. I’m pretty sure he’ll be providing some insight to Wink Martindale as the Ravens DC shapes his game plan for the Rams. 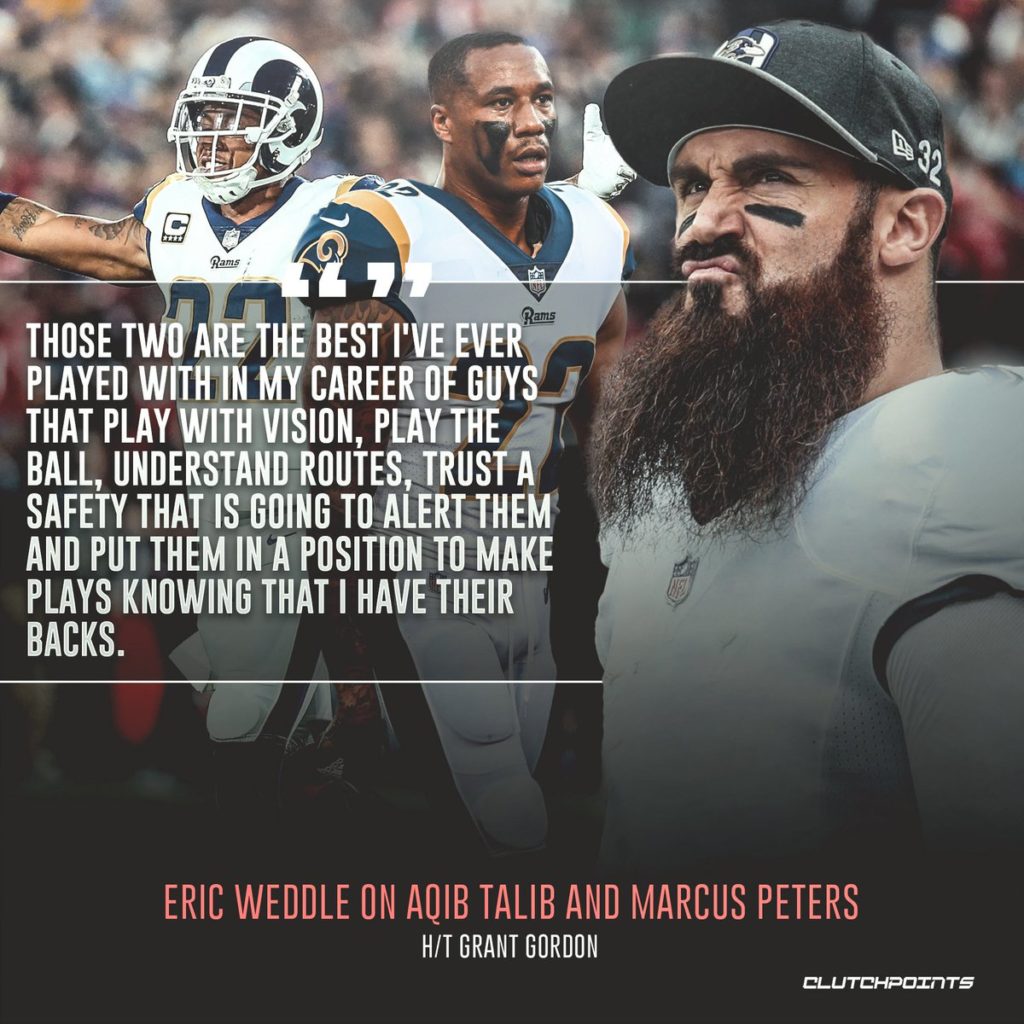 Speaking of Martindale, the Ravens success so far in 2019 has many wondering if the team’s coordinators will be plucked by another club looking for a new head coach. The possibility always exists but that won’t keep Wink from focusing upon the task at hand – winning this season.

That said, not all coordinators want to be a head coach.

Last season, after the Ravens defense finished as the No. 1 ranked unit, Martindale had this to say about his coaching ambitions:

“If you’re worth a salt as an assistant, I think everyone wants to be a head coach. It’s just something that if it happens, it happens. If it doesn’t, it doesn’t. I told [head coach] John [Harbaugh] this the other day when we were sitting there talking. I said, ‘I’m 55. However long you want to go, I’d love to just be the D-coordinator here and do it with you.’ That’s how I feel.”

As for Greg Roman who has done a fantastic job building an offense around Lamar, we’ll have to wait and see. Designing an offense is one thing. Being the face of a franchise comes with so much more responsibility that can take one’s eye off the very thing that led to the opportunity in the first place. Just ask Josh McDaniels.

Oh, and how many Lamar Jacksons are roaming around the NFL? 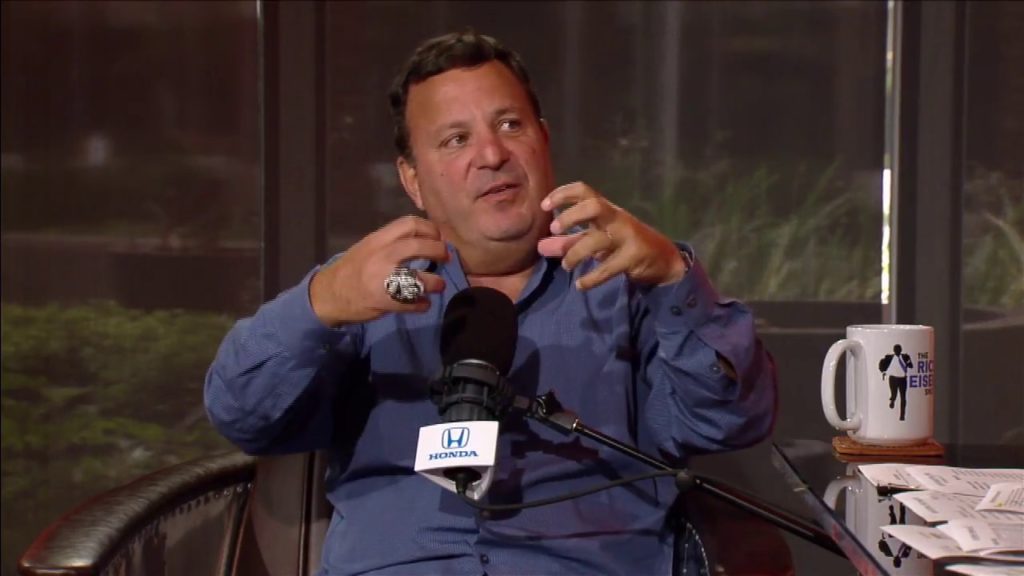 I’ve had the privilege of being a guest speaker many times over the years at various Ravens Nests and Roosts. These groups consist of very kind, caring people who rally together to give back to the community. They are also patriotic by nature and almost always begin their meetings with the Pledge of Allegiance.

And it’s this patriotism that had many of them pushing back against the Ravens and the NFL after several members of the team took a knee at Wembley Stadium in London back in September of 2017. The repercussions were measurable. The optics weren’t good. The eyes didn’t lie when looking around M&T Bank Stadium to see thousands of empty seats.

But time has a way of healing wounds, yet time alone isn’t responsible for the clever damage control methodology implemented by the Ravens astute front office. The team has done many things to re-engage the fans ranging from thank you notes to PSL owners to more creature comforts and giveaways at the stadium; from their league-leading commitment to the community to a rare combination of excitement and humility embodied in the form of Lamar Jackson.

Oftentimes there are outside influences that challenge the Ravens reputation. And in this social media driven world, misinformation can chip away at an organization’s goodwill. But teams have to allow their deeds to stand for themselves and hope that by consistently delivering a steadfast and positive approach to their customers (the fans), that the shine of their integrity will overshadow any negativity thrown their way.

But this week, in a rare response to misinformation – to faulty noise, the Ravens PR group delivered this public message about a comment shared during a podcast by former Browns GM Mike Lombardi:

A CBS report last night quoted a podcast called “The GM Shuffle,” [Mike Lombardi and Adnan Virk] stating: “Here’s what happened. The first time he (Lamar Jackson) comes in, Marty Mornhinweg – remember, we’re building the team around him – Marty says to the coaches, this is fact, ‘When are we gonna move him to receiver?’”

Mornhinweg responded this morning: “That didn’t happen. Never said that. My thoughts before the draft, and even more when we started working with Lamar, was that this young man was going to be a special quarterback. Very early we saw that along with all of his throwing and escape abilities, he reads the field as well as any young quarterback I ever worked with.”

Ravens head coach John Harbaugh added: “Organizationally, we were on the same page with Lamar, and I thought Ozzie (Newsome) and Eric (DeCosta) did a great job to take him where we did. Marty was excited from the beginning to coach Lamar and was instrumental in helping him progress through his rookie season.”

Mornhinweg served as the Ravens’ offensive coordinator for three years (2016-18) after joining the team as Quarterbacks Coach in 2015. He opted to leave the Ravens at the end of the 2018 campaign when Coach Harbaugh reorganized the offensive coaching staff.

Lombardi (thankfully no relation), behaves like a scorned girlfriend with an ax to grind. Like another Bill Belichick flunky Eric Mangini, Lombardi is vindictive, and uses his platform and reputation as a former GM to lure his audience into a false sense of security – to lead them into believing that his so-called inside information is trustworthy. It’s not, hence the Ravens rare statement defending Mornhinweg.

The former Ravens OC had his flaws but he is an upstanding guy, otherwise why would the Ravens come to his defense? Bottom line – believe Marty! 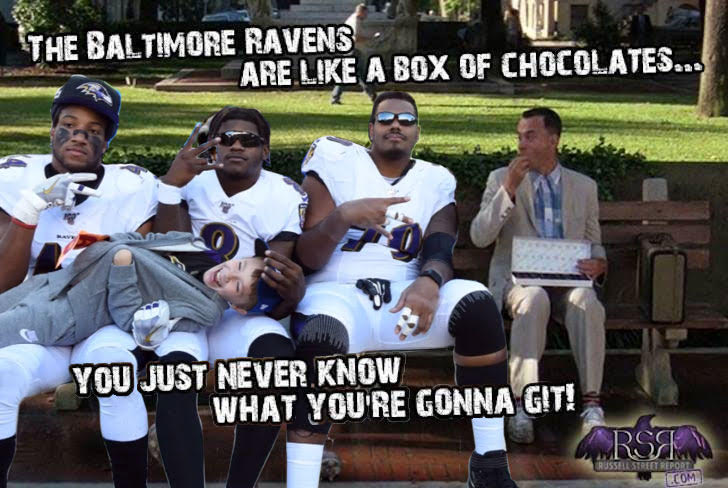 The Ravens special teams coverage units, well they ain’t what they used to be. Special Teams Coordinator Chris Horton’s unit has given up one kickoff return for a touchdown to the Bengals and it seems as if any kick that doesn’t result in a touchback, ends somewhere beyond the 25-yard line.

One might think that given the coverage struggles and to preserve the players and protect them from injury, Justin Tucker would be instructed to drill the ball through the end zone with each kickoff. Yet Tucker ranks 23rd in the league in percentage of touchbacks (59.4%) among full-time kickers. He’s missed a PAT this season, the second of his career, and some FGA and PAT’s have been a bit more adventurous than in previous seasons. He’s still the NFL’s best but add it all up and it has me wondering if Tucker is 100% physically.

Kicking mate and Wolfpack member Sam Koch has been relatively inactive as of late. He’s punted just 3 times over the past three games and didn’t punt even once against the Texans. Koch has punted a league-low 21 times amongst regular punters and is on pace to punt just 34 times. Koch’s previous seasonal low was 60 set last season. The most Koch has punted in a single season during his 14-year career is 90 times, back in 2013.

Those who questioned giving up specialist Justin Bethel to preserve the fourth-round comp pick, should be reminded of how infrequently he would have been called upon.

Yesterday I opined about the culture that John Harbaugh has created in Baltimore. He really doesn’t get enough credit for the way he guides the team and nurtures an uncommon bond in the locker room. Recently Harbaugh was questioned about the team’s chemistry, particularly his connection with Lamar.

“[The connection is] based on football. That’s where it starts. We tell the guys all the time, ‘We’re here for football.’ That’s what we’re here for. The beautiful thing about football is that it brings a group of people together, a group of guys and families together, from every kind of walk of life – every kind of social, economic [background], every kind of race, religion, every part of the country, every kind of background. You name it, they’re playing their football, and they come together to make a team. So, it starts with football and it goes from there. That’s the beauty of this sport. That’s what makes it so special and so amazing. It’s the ultimate team sport. You can’t do anything great in football without understanding the fact that you’re a family first.”

Have a great day everyone and remember, great things never come from comfort zones.