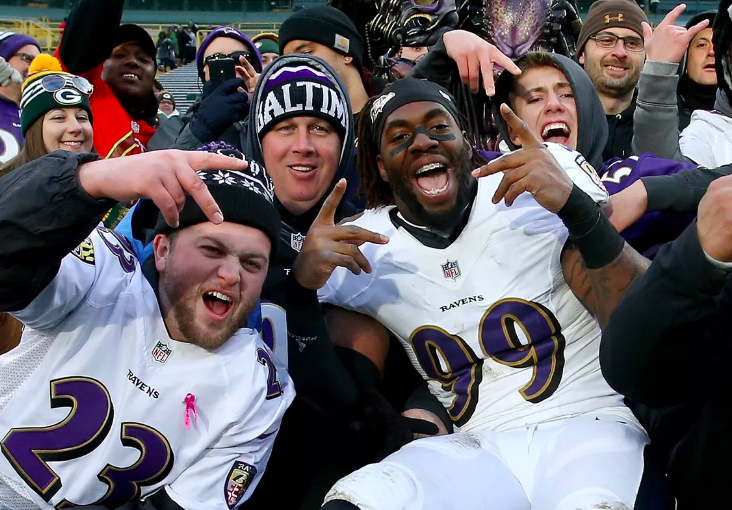 I feel like it’s important for you to know how those judgments come about. The process that gets me there. So this is my attempt at an explanation of how my brain works when it comes to our beloved Baltimore Ravens.

Baltimore likely falls to 4-4 over the next two weeks.

Each week, I have one or twelve people that like to dig up old tweets and ask me how I feel about them now. For instance, after the Ravens lost to the Browns, and barely scraped by the Bengals, my outlook on the team was not the best. I predicted a 9-7 record, and the mercurial fanbase exploded.

‘You don’t know what you’re talking about!’

Listen. I get it, guys. Some of you want nothing but flowery thoughts and words about your team. You rise to defend them no matter who says what, if it’s a realistic take, or something outrageous. I completely understand. I get why you do it.

And after that stretch of games? The Ravens looked like a 9-7 team. It doesn’t make somebody less of a fan because they predict a worse record than you. The Ravens were miserable on defense, giving up more than 100 yards per game more than they do now. The secondary was in shambles due to lack of a pass rush and injuries decimating what was once the strength of the team.

So my prediction, at the time, seemed right. It was still a winning record. Hell, it likely still would’ve won the division. But because it wasn’t a double-digit win prediction, the Ravens Flock was less than impressed.

Since that tweet that ignited the fans’ fury, the Ravens have made some crucial in-season trades and signings. Marcus Peters has come over from the Los Angeles Rams (revenge game this coming Monday) and shored up a secondary that was a little bit leaky. L.J. Fort and Josh Bynes were signed, and both have played very well, making one question why they were unemployed and on the street. Veteran Jimmy Smith is healthy again, adding depth to the cornerback room.

The result of all of this is what I mentioned before – the defense is allowing over 100 yards per game less than they were through the first month or so of the season. They’ve allowed just 56 points over the last month, after allowing 113 points in the month before. They’re sending opposing offenses packing, which has kept the defense rested, and allowed the Baltimore offense to be the number one offense in the league.

So yes, my predictions have changed. Yes, I remember what I said, because I was there when I said it. But if you believe that predictions can’t change based on the play in the current week, then you don’t know that you’re watching a week-to-week league.

This started out as a sort of apology, but as I’ve written it, I’ve realized that I have nothing to apologize for. I’ve had some bad takes, sure. I mean, I thought Alex Collins would be an absolute stud in 2018. But we all have bad takes. It happens. And I understand that the nature of Twitter requires some backlash when bad takes occur. It doesn’t bother me. I just have more room to hash out my thoughts by this medium, instead of having to do a thread 280 characters at a time.

However, I do think people need to realize that not everybody is going to bat a thousand. In fact, nobody bats a thousand – except maybe Rich Eisen when it comes to the Ravens and the Knicks.

Ravens Twitter is largely enjoyable. I love the interaction. I love the questions. I love seeing guys like Yoshi, or Michael Crawford, or Brian McFarland, teaching the fanbase. I love the passion in the fans, and the debates that arise from differences of opinion.

But when your only goal on Twitter is to try to call people out on anything you don’t agree with (like the guy who argues with me every week about Brandon Carr) you make it less enjoyable. Trolling and making fun of egregiously bad tweets is a good time. But the personal attacks when you disagree with something? Those have got to stop. You’re better than this, Flockers.

Anyway. I’m done here. I’m not sure my thoughts were clearly written out, but I have faith in the intelligence of the fans. You’ll understand what I’m saying.

Have a day, Flockers.