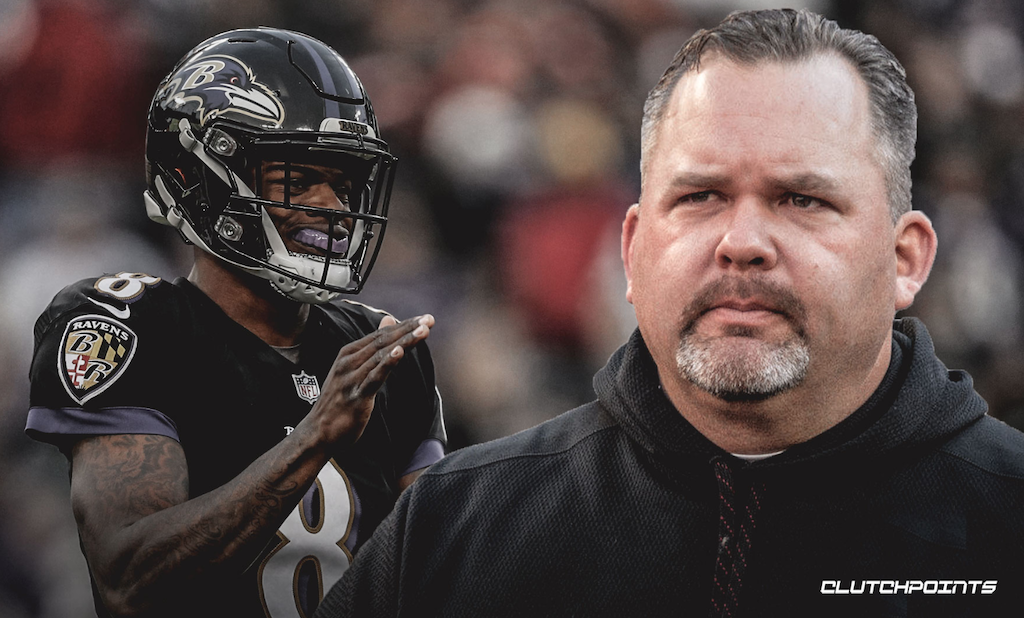 Before the season began, I shared a relatively optimistic perspective on the 2019 Ravens. I predicted that John Harbaugh & Co. would win the AFC North with an 11-5 record, win their first playoff game with Lamar Jackson and get ousted in the second round of the postseason by the Chiefs. I viewed this as a launching pad for the future given a much improved cap situation in 2020 and an ample supply of draft picks.

But things are happening much more quickly than expected. The Ravens revolutionary offense, at least for the moment, represents a buzz saw that no team wants to encounter. No defensive coordinator has an answer just yet, for the human highlight reel that wears No. 8.

The superlatives aimed at Lamar are far-reaching. Even the developing NFL market in the UK has taken notice, labeling him an “iron-clad super hero.”

The Ravens are reaping the benefits. They are all in on this new approach to offense. To their credit the organization has opted to go against the grain – to attack defenses primarily designed to stop the pass and force them to do what they aren’t as good at – stopping the run. And now they’ve forced the league to adjust. But the adjustments are slow to develop. Effective ones remain undiscovered in the laboratory.

Adjustment requires thinking. They require additional planning, more film study, more classroom work. And when players take all of this newfound knowledge to the field of play, they have to execute the plan. This is where the rub rears its ugly head.

By most accounts Lamar shows up faster in person than he does on film. His ball handling on the field of play is more deceptive than it is on tape. Just ask Eric Weddle who earlier this week said, “What they’re doing on offense, a lot of times I wouldn’t know for a few seconds after they snapped it, if he handed it or he still had it.”

And Weddle was Lamar’s teammate less than a year ago. 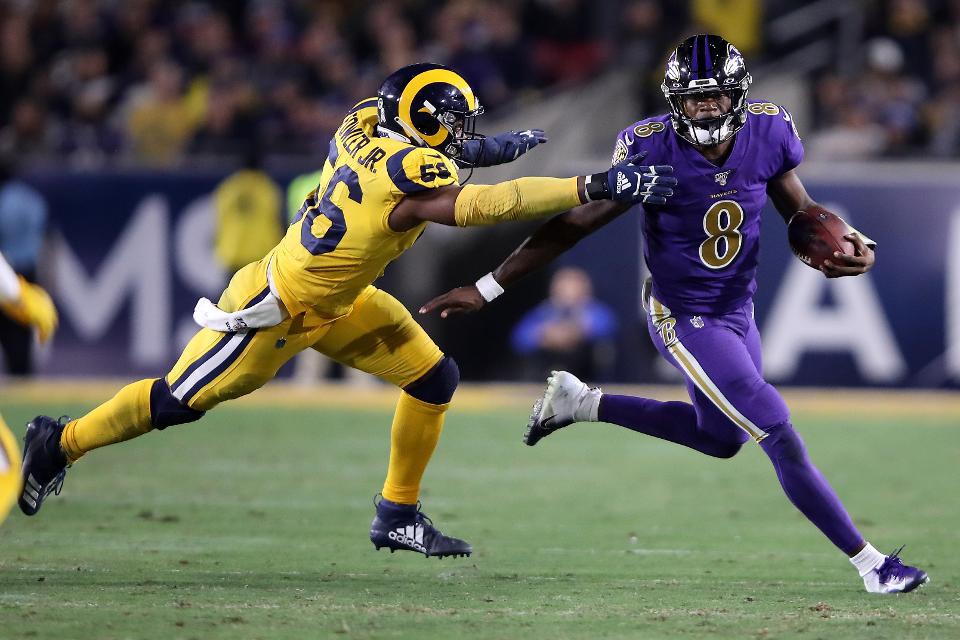 So, the Ravens QB shows up faster and more deceptive on the field and that happens while taking on defenses that have to think a little more given all those adjustments to counter an atypical offense. They try not overreact or overrun plays because the cost is significant. Thinking defenders play slower and when matched up against an ultra-fast quarterback, who is not only built with uncommon physical gifts, but also possesses a processor that allows him to quickly dissect the opportunities presented by opposing defenses, they are at a decided disadvantage.

The Ravens offense is like an orange in a world of apples and no defense has proven to be capable of peeling back that orange.

It has played out like a brilliant organizational strategy that has blossomed more quickly and more radiantly than even the team’s brain trust anticipated. If they really thought for sure Lamar was going to be what he’s become after 19 starts, they would never have traded down in the 2018 draft twice or at the very least, they would have selected Lamar before Hayden Hurst.

Earlier this year John Harbaugh went on record saying that the Ravens offense had a revolutionary plan.

“The game was probably revolutionized with Bill Walsh and Joe Montana,” Harbaugh said. “What’s the next era going to be? We’re about to find out.”

Harbaugh was criticized for the comments. Many, like Jason Whitlock from Speak For Yourself, even laughed and poked fun at Harbaugh for the bold statements.

The Ravens revolutionary offense is working and perhaps the new era is upon us. The team’s offensive style has a few admirers, including Arizona Cardinals head coach Kliff Kingsbury.

“You see that it took Baltimore a year to kind of figure that out: What does Lamar do the best, and what type of pieces do we bring in? We’re going to build this thing around Kyler, [what] fits him the best and can maximize his talents as a quarterback.”

The plan makes sense, but there’s just one problem.

There’s only one Lamar Jackson.