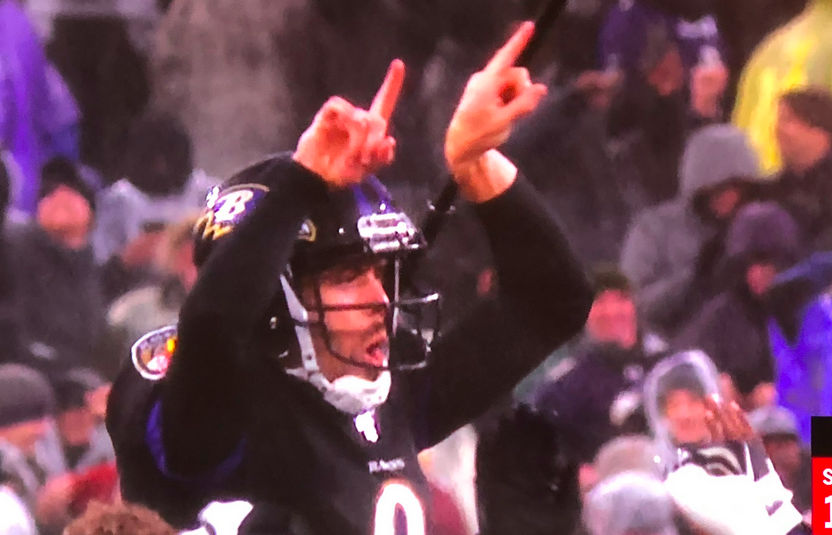 Lamar Jackson did not have an MVP-worthy game. The Baltimore Ravens defense struggled. There was one catch by a Ravens wide receiver the entire game. I nearly had a heart attack, made a couple of snap judgements that seemed accurate at the time. And somehow, after the clock hit double zeros.. the Ravens were 10-2.

Ladies and gentlemen, the triumphant return of the Good, Bad, and Ugly starts now.

Let’s start out by saying that the Ravens found a way to win. It wasn’t the prettiest way, but I’d rather have an ugly victory than a pretty loss.

I think the biggest takeaway from this game is that the Ravens run game cannot be stopped, volume-wise. Against a very stout 49ers front (somehow ranked just 16th in run defense coming into the game) they managed to rack up 178 yards on the ground. They could barely be called efficient, averaging just under 4 YPC, but it worked nonetheless, as Jackson got his fourth 100-yard game of the season.

Lamar Jackson now holds the record for most 100-yard rushing games for a quarterback in a single season.

In a sloppy game, in sloppy conditions, when the passing game wasn’t working (Lamar was 14-of-23 for 105 yards and a score), the run game beat down the 49ers defense and paved the way to a harrowing victory over what many considered to be the best team in the NFL.

Championships are built on the backs of a solid run game and a good defense. Baltimore has both – although the latter wasn’t shown much today, as we’ll see in the next section of the article.

Baltimore has long been known for its stifling defenses that can change the game in the blink of an eye. As a sub-point, their run defenses have always been lauded.

Today, they got punched in the mouth over and over again.

The 49ers gained 174 yards of their own in the run game, mostly on the backs of one Raheem Mostert, who averaged 7.7 YPC on the day, finding a lane on the edge over and over. He had a career day against a defense that many have said is built to stop any rushing game in the NFL, including their own.

Well, if they couldn’t stop the run game, surely the defensive backs had themselves a game, right? Nope. Marlon Humphrey, Marcus Peters, and Earl Thomas had a game, sure. But it wasn’t a great one. Jimmy G only completed 15 of his 21 passes, sure. He only gained 165 yards through the air, sure. But the raw stats don’t tell the whole story. Time after time, when the defense needed a stop, they didn’t get one. It was undisciplined football, and we all know that they can do better.

The ‘backers (Chuck Clark was playing a hybrid role, so he’s exempt here) couldn’t land a single sack between them. One that was found today is credited to the aforementioned Clark. The other was a combination sack, from Chris Wormley and Earl heckin’ Thomas (who also struggled in the run game today). The EDGE players have to do better, especially against the better teams. Weather isn’t an excuse, especially since the 49ers were without their starting left tackle today.

The defensive line flexed when it should’ve held, and broke when it should’ve flexed. The big guys up front had the worst game out of all the defensive positions if we’re being honest. Normally we’re seeing them break through double-teams and be absolute savages in the run game, but both of those things were far and few between, today.

I want to cushion the blow of what I’ve said here by saying that, when the Ravens absolutely needed the defense to do something, they did, and that’s really the mark of resiliency. Two sacks, a forced fumble, and a couple of fourth-down stops make the box score look better than what it should. An absolutely mystifying defensive pass interference call against Humphrey sort of balances that out. But make no mistake – the Ravens defense should be ashamed of how it played for the majority of the game.

As an aside: the Marcus Peters hate today was uncalled for. Every defensive back has bad games. All of them. No exceptions. Watching Ravens fans call for his head on Twitter was sickening – especially when he wasn’t the only one missing tackles and giving up big plays. You loved him last week. Do better. 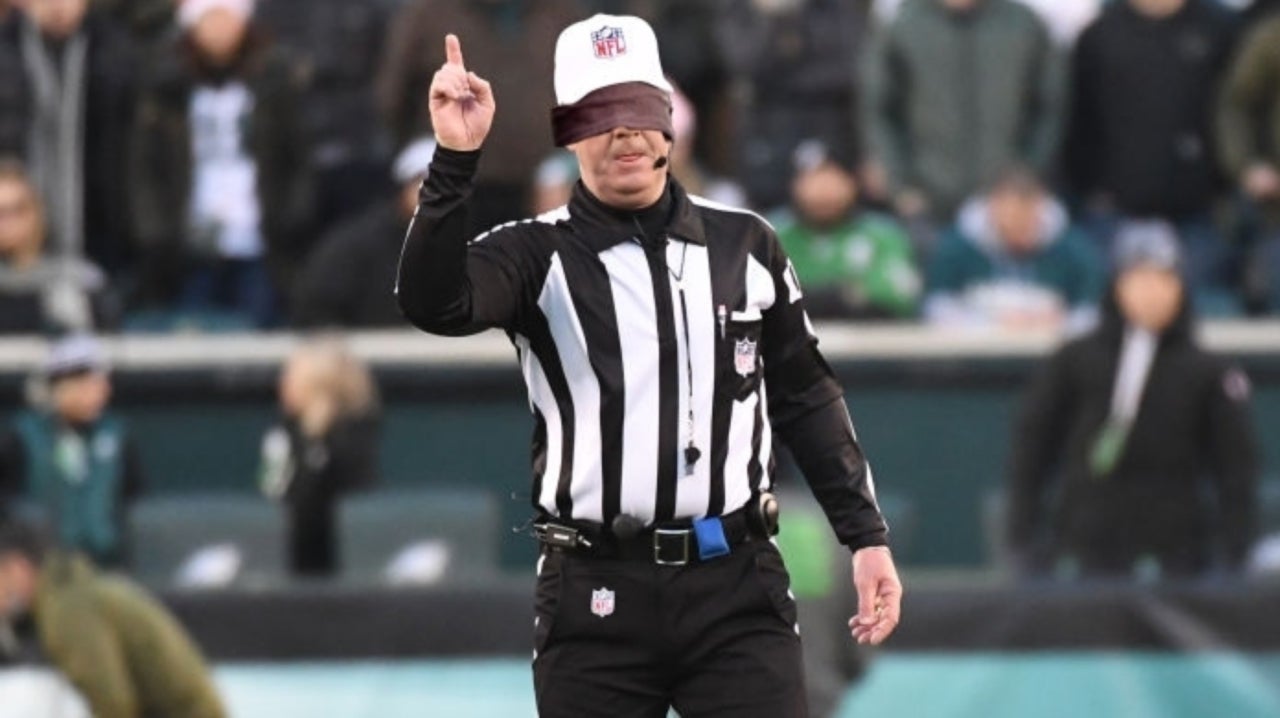 What in the absolute **** were those referees seeing? I’ve been watching the NFL for a long, long time, and this was easily one of the worst in terms of officiating.

Let’s just start with the ghost pass interference call on Marlon Humphrey. Textbook coverage on a bang-bang play, and the officials call it PI because they thought he got there a frog’s hair too soon. A referee isn’t calling that, five times out of six.

Next up, the no-call on pass interference on whoever was defending Mark Andrews. He clearly played through Mark’s body, which is literally written in the rules and they decided that it was a good play.

Another ticky-tack no-call, this time against Baltimore (gotta show no bias) when George Kittle got held on a play (from what I saw, it was a good play, but I’m questioning myself now) and it resulted in an incomplete pass.

All things being even, one of the two roughing calls against Lamar was questionable to say the least, and there were some other calls/no-calls that made me tilt my head like Baby Yoda trying to understand the Mandolorian.

When you’re playing one of the best teams in the NFL, in bad weather, and with bad officiating, and you still find a way to win? You may as well just buy Super Bowl tickets right now. 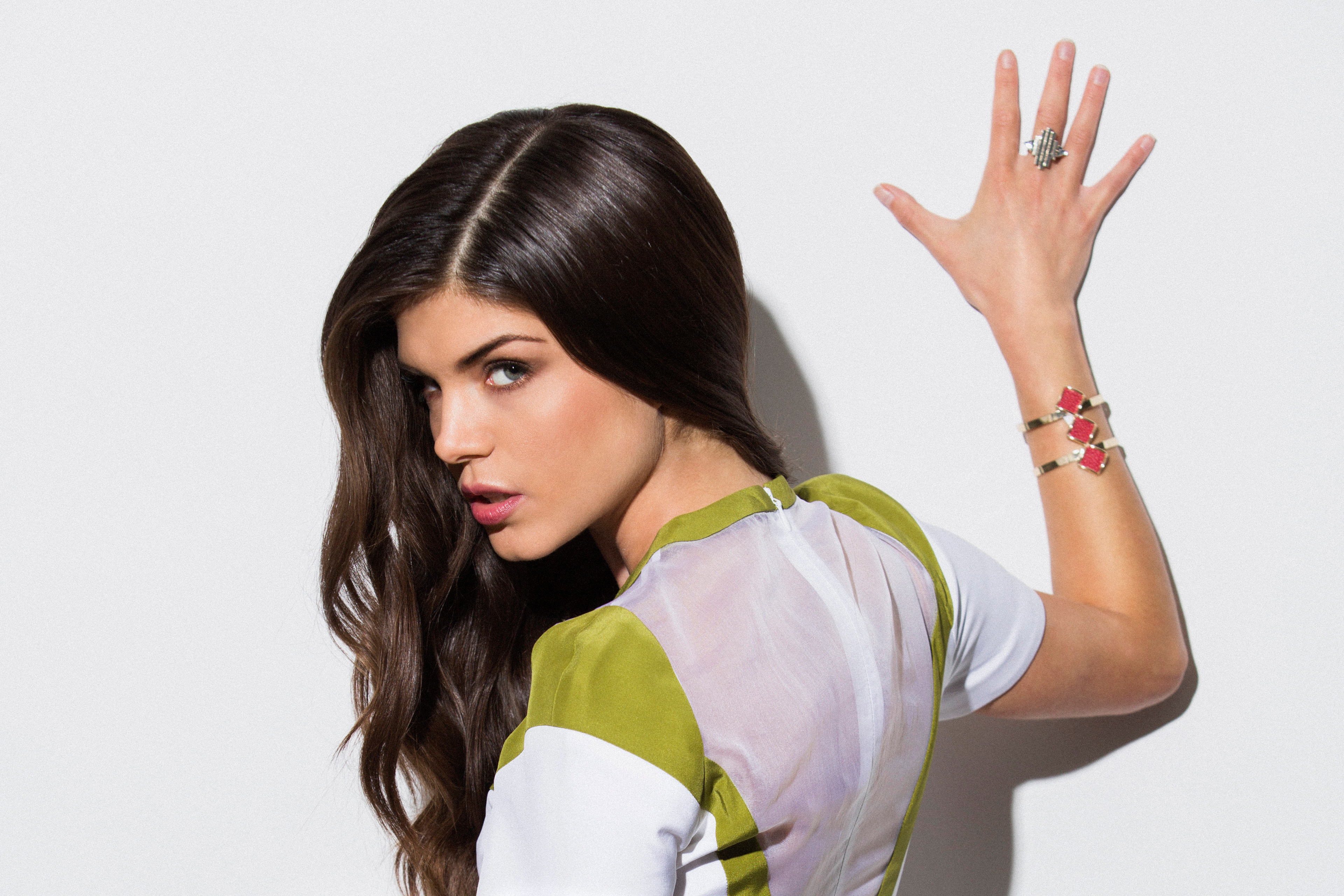 This is a first for 2019, but without this man, there is no victory today. There is no 10-2 record. There is no eight straight victories.

I’m speaking of course, about the man, the myth, the legend. The single best kicker in NFL history. The MVP of today’s game..

He missed from 55 in today’s warm-ups, and I have to be honest, I thought that spelled a heap of trouble for Baltimore because I sensed he’d be needed today (not necessarily for a game-winner, but definitely for failed drives).

It turns out that he was needed, and man did he deliver. As I stood there with my heart pounding, the clock reading :03, it felt like a Ravens game of old, and it ended like a Ravens game of old. AutomaTuck put the team on his back (leg) and rocketed the ball through the uprights, sending a roar through the stadium, as Ravens fans erupted in bedlam.

Don’t let the missed kick earlier in the season fool you: the guy is an absolute machine, and is having a Hall of Fame career, especially churning out game winners like the one today.

There were points in the game today where I was sure that this was going to be a speed bump in the amazing show that the Ravens are putting on in 2019. And in many ways, it was a speed bump. But they pulled through, proving me wrong, and I couldn’t be happier about it.

Be sure to follow all the Russell Street Report guys, leave your thoughts in the comments, or come find me on Twitter, @LateRoundCorner.