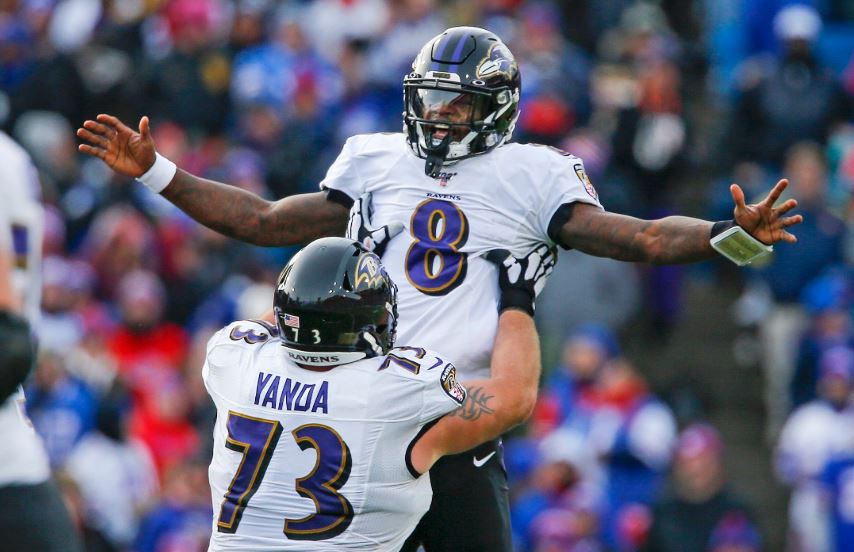 The Baltimore Ravens held on to beat the Buffalo Bills 24-17 in Week 14 of the 2019 NFL season, barely covering the 6 1/2-point line established by sportshandle.com. The RSR staff react to the win here.

Despite the efforts of some AWFUL referees, the Ravens took care of business. They’re gonna have to figure out a way to get their wide receivers involved moving forward, and we all have to hope that Mark Andrews is alright, but the bottom line is that the Ravens won and moved on.

It’s all in front of them.

— This may have been a surprisingly tough game for some, but I wasn’t too caught off guard by it. Good to see the team punch its ticket to the playoffs with (I believe) a chance to secure a 1st-Round BYE on Thursday night.

— Lamar Jackson wasn’t perfect, but I think he adjusted well and continues to simply get the job done. You can’t deny that he’s a winner, and even if he doesn’t have his best stuff, he does enough to put the team in the right position.

— The defense was pretty strong today, got the pressure they needed and played lock-down coverage. There were still signs of a hole on either edge in the running game, but this week they were altogether very good.

— The loss of Mark Andrews was huge in this game, and he really isn’t a player the Ravens can afford to be without long-term. Hopefully, the staff figured Baltimore would be able to escape Buffalo with a win and decided to ensure that Andrews would be ready for the rest of the year.

They won’t always be pretty but it pays to have the type of team that can win despite adversity…some of it self-inflicted, but adversity nonetheless.

Lamar Jackson and the offense had its moments. It’s weird that 24 points has become a meh offensive performance but give credit to the Bills defense. They played fast, physical and disciplined.

The Ravens defense more than matched their effort, and if it wasn’t for a few penalties this probably would have been a more decisive victory.

The Ravens are back in the playoffs with home field throughout in their crosshairs.

—  Ravens showed they could win a hard-fought game for the second straight week. That should bode well for the playoffs.

— Get ready: every talking head is going to say the Bills provided a template on how to slow down Lamar Jackson.

— The Ravens are in the playoffs but there is no time to slow down. Some people are actually saying the Ravens should lose a game so there’s less pressure in the postseason, a sentiment I find ridiculous.

— Greg Roman does need to find a way to better attack a zone defense.