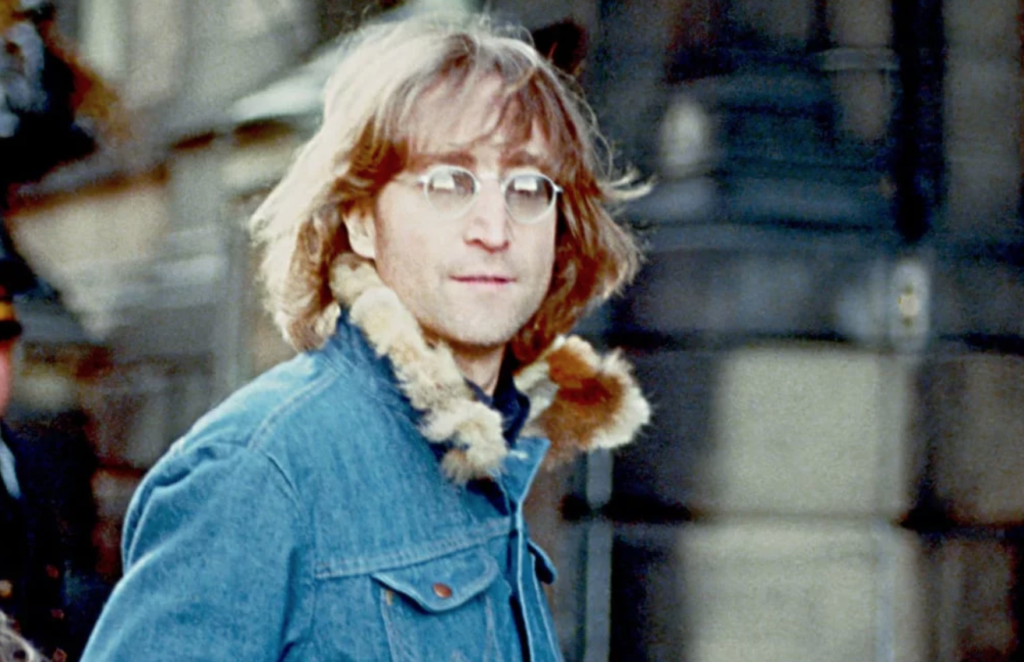 It was 39 years ago. I remember sitting in the kitchen studying for a final exam. My Dad was in the basement, watching Monday Night Football. I was deep into my studies, oblivious to the game that commanded Dad’s attention. And then I heard those words, delivered by Howard Cosell. It felt like a nightmare, only it wasn’t.

It cut through the air. The feeling was out-of-body, in a bad way. This didn’t happen. This could not be true. John Lennon had just released Double Fantasy and his outlook for the future seemed so bright. Just 2 months earlier he turned 40 and hope, love and happiness were in abundance.

I dropped my studies and quickly scooted half way down the steps and sat down, looking at my Dad. Knowing my love for The Beatles, his face was drenched in sorrow…for me.

“Dad, did I hear what I thought I heard about John?”

The skeletal structure of my body collapsed. I was a blob, slumped over in a suddenly desolate world. I just sat there on the steps in despair, in disbelief, in denial. How could this happen? Why did it happen?

It was late, inching towards midnight. I dropped my studies and went to my room and through the night I played albums by John and The Beatles. I had to hear his voice. Somehow it kept him alive. Somehow it anesthetized the reality while fueling the surrealism of those hours.

Eventually I fell asleep, but awoke hours later, when I turned and the headphones peeled back from my ears. It took a moment for reality to settle in. And then I thought of John. I turned on the TV and the radio, part of a hopeless effort to learn that Howard was mistaken. He wasn’t. Sorrow enveloped the world as John’s voice echoed across the universe.

I could barely move. I was in a state of numbness. That final exam was the last thing I wanted to deal with. Instead I stayed at home, in my room, leafing through every single Beatles collectible I owned. This can’t be true.

A day later, I drove into school…it was called Loyola College back then. I went to the office of my professor, Dr. Susan Thomas. I told her that I just couldn’t take the exam; that I was a huge Beatles fan, a huge Lennon fan, and that I just wasn’t prepared mentally to take the final.

I didn’t expect Dr. Thomas to understand. The final was 40% of my grade and surely I was about to flunk the course.

“Dr. Thomas, as you know I didn’t take the final. I don’t expect you to understand but I was devastated by the news of John Lennon’s death. If there is any way that…”

Dr. Thomas cut me off right there. She said, “Tony, I understand. I’m a big fan of John as well. I’m sorry for your loss and if you’d like, you can take the exam tomorrow.”

I wanted to hug her, but didn’t. I said thank you and immediately went home and studied like I never did before or since. I was determined to ace this exam in John’s memory and as a way to thank Dr. Thomas. It all worked out as I had hoped, at least for the exam.

That Holiday Season was not a good one. I thought of John so often. I wondered what Paul, George and Ringo were feeling. I felt bad for Yoko, Julian and Sean. And when I heard the opening chords that accompanied, “And so this is Christmas…”, I lost it.

Thirty-nine years later, I still think of John often. What could have been. The tattoo on my arm, “Imagine”, is a daily reminder. We’ve been blessed by John and his contributions to this state of consciousness. His legacy echoes in eternity. But I still miss my “friend”.

Perhaps Paul said it best. If only you were “Here Today”.