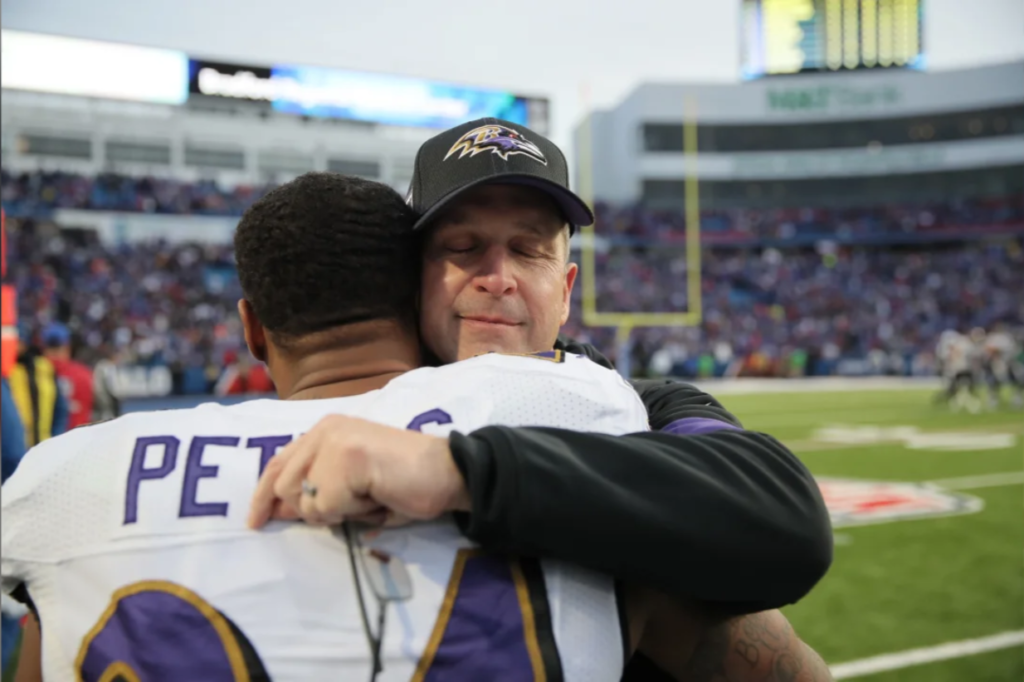 Many teams would have unravelled because of several questionable calls with the game on the line.

The Ravens clinched a playoff spot with a hard-fought 24-17 victory over the Buffalo Bills in Week 14. Baltimore can clinch the AFC North crown with a win over the New York Jets on Thursday night and holds the No. 1 seed in the AFC.

But there is still plenty of hard work ahead.

Ravens coach John Harbaugh said he only got a smattering of applause when he announced the team clinched a playoff berth.

This team is focused on loftier goals.

“They expected that. I think they have a right to expect that,” he said about the playoff berth. “It’s a good thing, but we have three more games and things to accomplish still.”

Baltimore had to survive a late rally from the Bills partly because of a personal foul on defensive tackle Michael Pierce where he threw down a runner and a pass interference penalty on cornerback Marlon Humphrey on a fourth-and-16 on the final drive.

The call on Pierce was questionable because the Ravens have been the victims of similar tackles without getting a penalty. Humphrey made some contact with the receiver, who appeared to flop like a soccer or basketball player at the point of contact.

Humphrey was not about to complain after getting away with a clear interference penalty in the end zone against the Texans in Week 11.

“Yeah, my feet got tangled. I have to watch it,” Humphrey said. “I was on the positive end of a PI earlier this year, so I can’t really complain.”

Despite those infractions, the Ravens’ defense came up big when quarterback Lamar Jackson and the rest of the offense struggled to get going.

On a fourth-and-8 from the Baltimore 16, Ravens cornerback Marcus Peters knocked down a pass from Bills quarterback Josh Allen to John Brown that sealed the win. The Ravens are undefeated with Peters in the lineup and very well might be the best midseason acquisition in the history of this franchise.

Peters celebrated the win by jumping into the stands and chugging a beer with the fans.

Marcus Peters shares a beer with Bills fans after the game-winning stop 😂 pic.twitter.com/UTPz1MHmQC

The Ravens sacked Allen six times and he was held to a 62.6 quarterback rating. Buffalo managed 209 yards of total offense, compared to 259 for the Ravens.

“We want to be the heroes sometimes,” Judon proclaimed. “It’s usually Lamar and the offensive line that are the heroes of the game and they milk the clock. We focus on our situation, even though they drove the ball down the field. We knew bend but never break.”

Of course, many of the pundits will claim the Bills provided a blueprint to contain Jackson and the rest of the Ravens offense. The Bills stayed in a zone to keep Jackson from getting to the second level and their edge rushers had success getting into the backfield on occasion and managed one sack.

Jackson still threw three touchdown passes and ran for 40 yards on 11 carries. While teams might be adjusting to the Ravens, offensive coordinator Greg Roman will also draw up some new schemes. The Bills entered the game as the league’s No. 3 defense and they made some plays.

Roman, however, should toss that “wildcat” scheme out of the playbook. Keep the ball in the hands of your best player (Jackson) and don’t put Mark Ingram behind center.

“Our defense was the key to victory,” Jackson said after the game.

The Ravens have balance on both sides of the ball and are the consensus No. 1 team in the NFL. Now, they control their fate.

The players, coaches and fans can feel it.

Maybe they are a team of destiny… 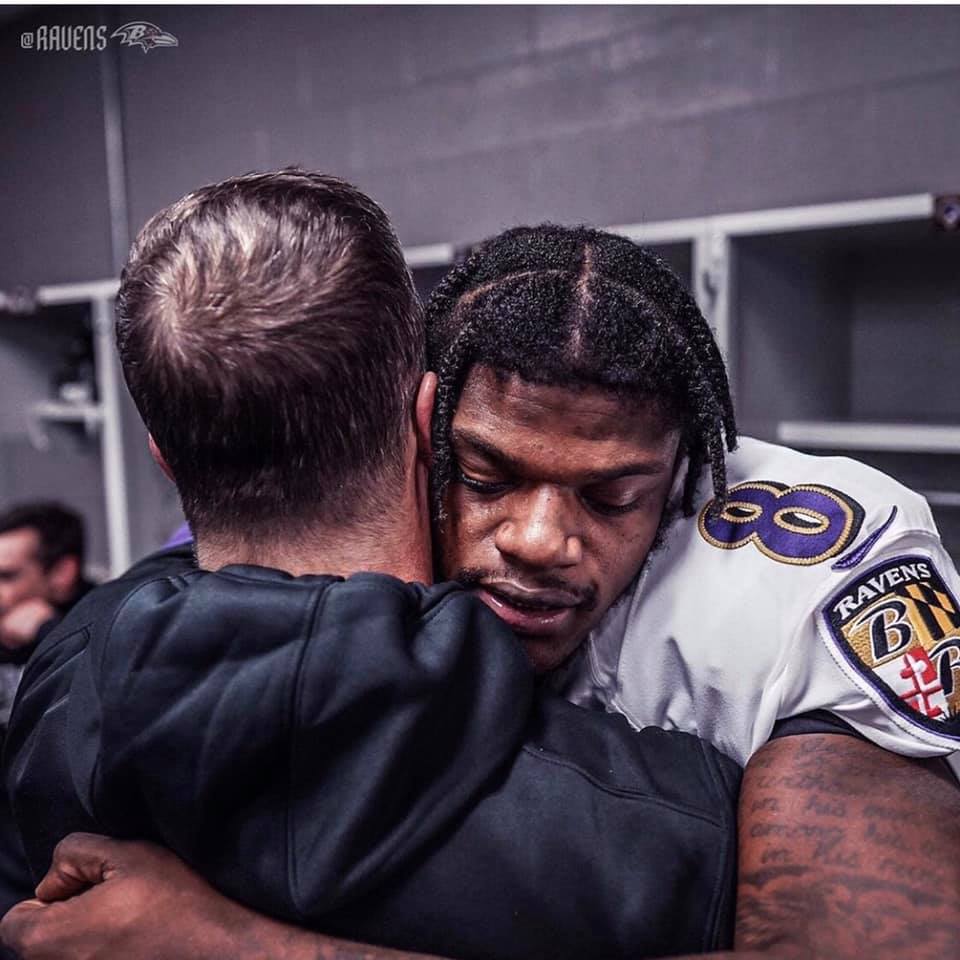