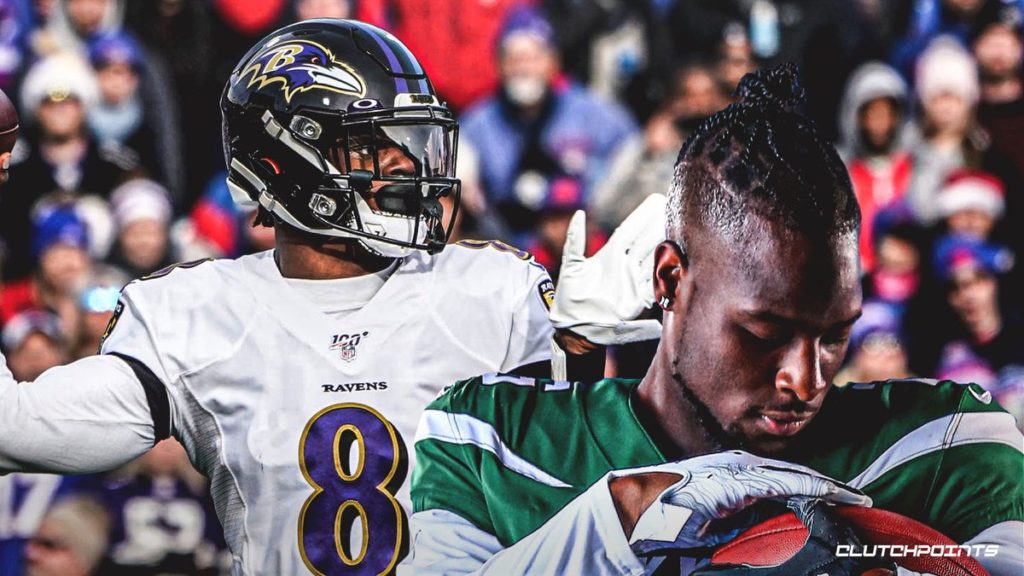 Stanley May Sit Out

After a string of five games in six weeks against playoff-caliber teams, it would appear the Ravens could catch their breath against the struggling New York Jets.

This is not the case.

And Baltimore is not treating the game that way.

The Ravens are 14.5-point favorites, which makes this matchup the obligatory trap game.

Suddenly, adversity has reared its ugly head for coach John Harbaugh and his crew. 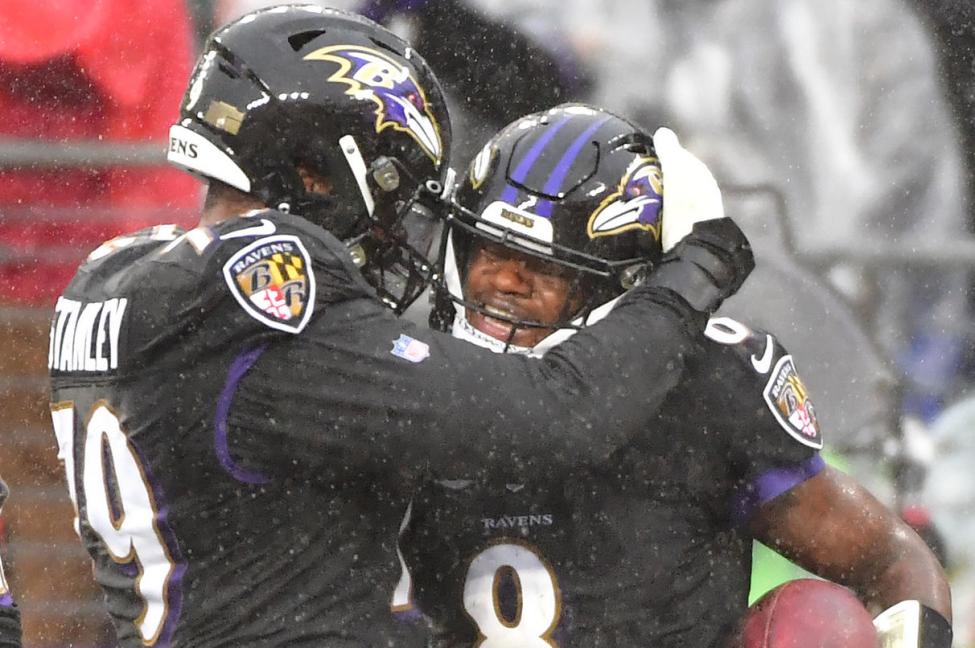 Baltimore Ravens quarterback Lamar Jackson (8) celebrates with offensive lineman Ronnie Stanley (L) after a 1-yard keeper for a touchdown against the San Francisco 49ers during the first half Sunday at M&T Bank Stadium in Baltimore. Photo by David Tulis/UPI

When questioned about these potential losses, Harbaugh was in no mood to delve into specifics.

“I’m not going to get into injuries.” he said. “We’re going to play a game Thursday night. The guys that are ready to play will play, the guys that aren’t won’t. So, just look at the injury report and take it from there.”

There is some optimism Jackson and Andrews will play. Stanley is a different matter because he is in the concussion protocol and might not get cleared on the short week. This means James Hurst would likely take his spot at left tackle.

Jackson said this week that he plans to play. Andrews also was able to get back to practice on a limited basis.

Given his quad injury and despite saying that he is 100% should Lamar Jackson start against the Jets on Thursday?

While Hurst is a versatile lineman, the Ravens certainly don’t want to take any chances for an injury to Jackson.  If they can get out to a big lead, don’t expect to see Jackson late in the game.

That could also pose a challenge.

Even though the Jets have one of the league’s worst attacks, they are ranked seventh overall on defense. New York has been especially solid against the run, allowing just 78.8 yards per game.

The Jets have also won four of their past five games.

“They’re playing great,” Harbaugh said. “When you look at it, that’s it. That’s what we talked to the guys about. That’s all you need to know. Watch the tape. They’re playing winning football. We understand that. We know this league. Our guys don’t take anybody for granted. You never can, you never should.”

While the Ravens are dealing with some key injuries, the Jets have an even more critical problem. New York had 20 players listed on its opening injury report. However, the most talented player on that list, running back Le’Veon Bell, is expected to be in the lineup.

In nine career games against the Ravens., Bell has run for 720 yards on 140 carries (4.5 ypc) with seven touchdowns. He has also caught 47 passes for 348 yards with three touchdowns.

“[Bell] had the flu last week. He’s pretty close to 100 percent,” Jets coach Adam Gase said. “He should be in tonight. He was going to get a lift in tonight, so I think it’s looking positive for us to be all good to go.”

The Ravens have been playing at a high level since the acquisition of Marcus Peters midseason. Baltimore now has the sixth-ranked defense and will dial up the pressure against Jets quarterback Sam Darnold, who has thrown for 2,424 yards with 15 touchdowns and 11 interceptions.

The Ravens have already clinched a spot in the postseason. They can win the AFC North by beating the Jets. The Ravens also just need to win two of their final three games to clinch the top seed in the AFC playoffs, in addition to involving other scenarios with a Patriots and Chiefs loss.

There are too many goals within their grasp to slip up now.

“[The Jets] play really hard, and they’re very physical. So, our guys do understand that,” Harbaugh said. “I do appreciate that about our guys.”