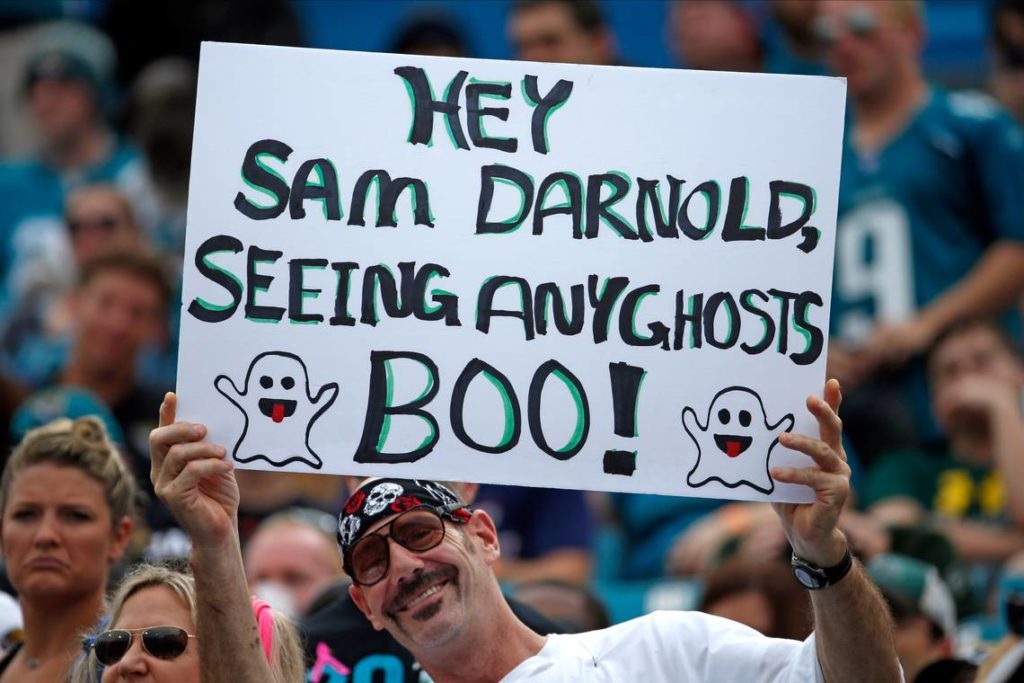 It’s the final Thursday Night Football of the 2019 NFL Season as the (11-2) Ravens host the (5-8) Jets. Baltimore enters the game as prohibitive favorites. The line has jumped to 16 ½ and that’s the biggest line a Baltimore team has had over the Jets since Super Bowl III. Jinx? Omen? Seeing ghosts?

Here are the BOLD PREDICTIONS from the RSR Staff.

Should Lamar Jackson start at less than 100%, particularly with Ronnie Stanley unlikely to play with a concussion? Are the Ravens overlooking the (5-8) Jets? Could this be a trap game? After all, the Jets have won four of their last five after at (1-7) start that made their fans want to hurl Gang Green. 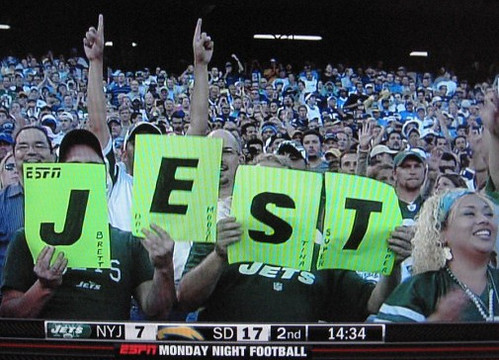 And let’s not forget that Sam Darnold has thrown 9 scoring strikes against 2 picks during that (4-1) stretch. With nothing to play for and nothing to lose, might the Jets enter The Bank very relaxed looking to put an exclamation point on their up-and-down season by knocking off the AFC’s number 1 seed and winners of 9 straight?

As for Darnold, the guy is apparently NOT nocturnal. In prime time he’s (1-2) with 2 TD’s, 7 INT’s and a passer rating of 39.4. During his last two games under the lights he has 0 TD’s and 6 completed passes to the other team. And sometimes at night, he sees ghosts. Tonight, by the time the clock strikes midnight, he will have been visited by the ghosts of Judon, Onwuasor and Peters.

But before we get into the Bold Predictions and get too concerned about the Ravens nicks and bruises, let’s consider the infirmary that is the New York Jets.

Starting RT Chuma Edoga is out; TE Ryan Griffin and his 5 TD catches – out; CB Brian Poole is 2nd on the team in passes defensed and is 5th on the team in tackles – out! All-world S Jamal Adams is a game-time decision but clearly less than 100% with an ankle – he’s doubtful as are starting CB Arthur Maulet, WR Demaryius Thomas and starting DE Quinnen Williams. The Jets other DE, Henry Anderson is dealing with a shoulder and is listed as questionable as it starting LT Kelvin Beachum who has 2 banged up ankles. If only he had a third ankle…

Bottom line, Gang Green has morphed into the Red Cross.

So, what can we expect?

Have you seen the NFL Network ads promoting tonight’s game? It’s been all Lamar, right? How else do you try and draw interest in a game that by 10:00 PM will have most of America deep into a long winter’s nap – even those tuning in on the west coast.

• In their game against the Dolphins, one that the Jets won courtesy of a phantom DPI, they gave up 65 rushing yards to 37-year-old Ryan Fitzpatrick. Let that sink in! Lamar will shatter Mike Vick’s seasonal record, eclipse the 100-yard mark and take the night off before the start of the fourth quarter.

• By the time the All Star Stunt Dogs take the field at halftime, the Ravens will hold a commanding 24-3 lead and Le’Veon Bell will be spotted at Mustang Alley’s. Add it up and it will make traffic more tolerable as thousands leave the stadium before the dogs snatch their final frisbee.

• Matt Judon stays hot and registers 2 ½ sacks. Don “Wink” Martindale will dial up a game plan for Darnold just like he did for the Bills and Josh Allen. The Jets QB will be dropped 5 times, the most significant of which will be delivered by Patrick Onwuasor who registers a strip sack setting the Ravens offense up in the red zone.

• Marcus Peters has 3 INT’s for the Ravens since coming over from the Rams during Week 7. All of them have come on the road. That changes tonight. MP gets a PK6!

• The Jets gave up 122 yards rushing to the Dolphins last week. This week that number doubles.

• By the end of the third quarter, it will be 34-10 Ravens. The fourth quarter will feature RGIII, plenty of Gus “The Bus” Edwards, an exchange of punts and a couple turnovers on downs from the hapless Jets whose only TD comes on a 25-yard, Darnold to Jamison Crowder connection in the third.

On offense the Ravens run game will be tested as the Jets are holding opposing teams to just 3 yards per attempt. With that said, the Jets are also dealing with a plethora of injuries. Star safety Jamal Adams and rookie first round pick Quinnen Williams have not practiced this week. I expect the Ravens to find success on the ground because the Jets haven’t faced a run offense of this caliber all season. The Jets pass defense is very suspect and I expect the Ravens to take advantage. Lamar Jackson has another 3 TD performance and gets the 4th quarter off to rest his bruised thigh.

The defense should steal the show because the Jets offense has been horrible. They rank 29th in points scored, 31st in average drive time, 31st in plays per drive, 32nd in yards per drive, and 32nd in points per drive. That’s BAD! The ghosts from Sam Darnold’s past return as Wink’s defense puts on a show under the lights. Between the pressure and coverage, the Jets are unable to get anything going and the Ravens defense earns a shutout.

No matter how bad the Jets record and their offensive and defensive rankings are this game still isn’t a guaranteed win. The game still has to be played and bad teams sometimes surprise really good teams by showing up and putting in maximum effort. The Jets have nothing to lose and should be playing fearlessly. Wink will have other plans for Sam Darnold and company.

Martindale blitzed against the Bills how I play Madden, over and over. The plan turned out to be a brilliant one as the Bills had no answer. I say that trend continues with a quarterback that has struggled and was heard on-air saying he saw ghosts against the Patriots. Maybe he should watch Ghostbusters to prepare for Thursday night’s meeting against a much scarier group than the Chea…Patriots. The Ravens don’t have that game-wrecking pass rusher but they do have an elite secondary which allows Martindale and his blitz heavy scheme the freedom to blitz as often as he likes.

Lamar played fine after his hit on Sunday but it was reported he was walking gingerly on Monday. That tells me that thigh issue was just a bad bruise and he should be full throttle on Thursday night. James Hurst looks to be the left tackle on Thursday which may be a larger issue than Lamar’s minor injury. I assume the game plan will take that into account as we don’t want a 2015 repeat of Flacco’s injury. In Hurst’s defense, he became a much better player after that, specifically at left guard but my gut tells me he will play just fine against the Jets.

– Lamar throws for 3 touchdown passes and breaks Michael Vick’s season rushing record at home. His total rushing yards will be under 50.

– Hayden Hurst is the star tight end again leading in receptions and yards with another touchdown pass.

-Justice Hill will break a long run of 30 plus yards and score a touchdown. -Darnold will throw for 3 interceptions to Marcus Peters, Jimmy Smith, and Brandon Carr. 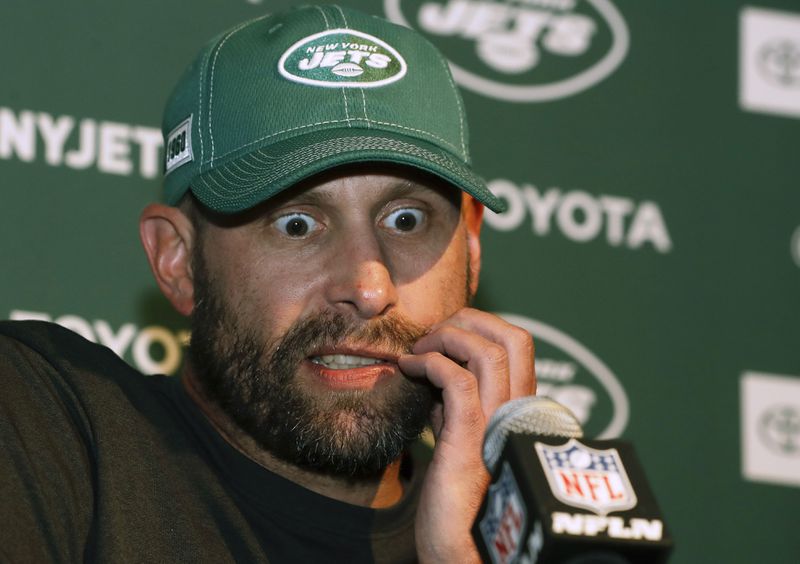 — The Ravens are now 16.5-point favorites and cannot afford a slip at this point of the season. There is too much at stake. John Harbaugh will have this team focused. The players seemed to be pretty fired up this week with a prime-time game at home.

— The Ravens need to jump on the Jets early to take the fight out of them. New York has the league’s 31st-ranked offense and it is not built to play from behind.

— The Jets, however, are solid on defense and will attack the left side of the Ravens’ offensive line with Ronnie Stanley out with a concussion. New York defensive coordinator Gregg Williams has experience against the Ravens because of his time in Cleveland. He’ll have a few exotic schemes to try and slow down their attack. Jamal Adams is likely out, so the Ravens will catch a break.

— Lamar Jackson had done a solid job adjusting to opposing defenses and this game will be no different. The Jets will have trouble adjusting to his speed and he will be able to have a balanced game with his arm and legs.

— No trap game for the Ravens. This group is focused and ready to celebrate an AFC North title on their home field.

• Going up against a talent deficient secondary that will likely be without their top player on the backend, the Ravens will start fast with play action strikes downfield to Hollywood Brown and Mark Andrews. Both will score from 40 or more yards out to build a 14-0 lead.

• Sam Darnold’s recent reconnection with Robby Anderson will lead to a long score of their own to cut the lead in half.

• The Jets standout run defense will be up for the challenge but the Ravens will keep chipping away at it until Mark Ingram pops one for 40 yards and a TD of his own to push the lead to 21-10 at halftime.

• Lamar Jackson will start the 2nd half strong with a couple scoring drives, thus feeding Sam Darnold to the wolves (Wink Martindale). Gus Edwards and Justice Hill will combine for 100 yards rushing in the late 3rd to 4th quarter as they close things out.

Tonight’s forecast calls for light winds, nothing of the type we saw in Buffalo on Sunday. That, combined with the Jets’ ability to stop the run, will result in a more pass-heavy game plan than we’ve become used to. Lamar throws four more touchdown passes – one each to Hayden Hurst, Nick Boyle, Mark Ingram, and Hollywood – before being removed after three quarters with the game out of hand. The Jets score a garbage-time TD against mostly backups for the back door cover.

From a betting perspective, I don’t like this spot for the Ravens, especially at this number. The reason is two-fold. First, we don’t really know the extent of the Lamar Jackson quad injury. Is it a pulled muscle or is it just a bad bruise after a direct hit? He says he’s 100%, but what else was he going to say? Second, we don’t know how long John Harbaugh will let Lamar go if they have a comfortable lead late in the game. I can see this being a game where the Ravens are up two touchdowns late and Jackson gets pulled, allowing the Jets to cover the 14.5 points.

Jackson is “questionable” on the injury report heading into the game which means us bettors really won’t know how much this injury will affect his running ability until we see it with our own eyes. The unknowns are why I’ll be staying away from this game. I’m confident the Ravens will pull this one out at home, but covering the 15 points is a stretch for me against a Jets team that ranks second in the NFL against the run giving up only 78.8 yards per game.