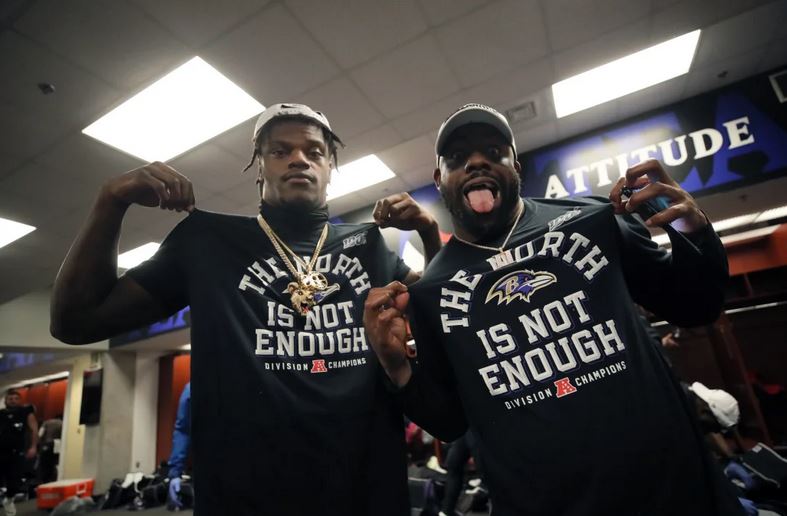 The Ravens defeated the New York Jets in Week 15, 42-21. The team are AFC North Champs! RSR staff react to the win here…

I mean, what else can you say? Lamar is pissed off for greatness in a way that would make Ray Lewis proud. This team is primed to make a run. Let’s make that run.

— The Ravens showed the rest of the nation what we’ve been seeing all season. They are a focused, no-nonsense team that punishes opponents. It was an impressive display.
— Baltimore clinches a second straight AFC North title in a season where the Browns were the paper champions. Loftier goals are still ahead.
— Lamar Jackson left little doubt that he is the MVP of the league with a new rushing record for quarterback and putting on a clinic with his touchdown passes.
— The Ravens now can avenge an embarrassing loss to the Browns earlier this season with a victory in Cleveland that will clinch the top seed in the AFC playoffs. Don’t think that prospect won’t be lost on the Ravens.

— Baltimore continued to not only make the best decisions, execute well, and showcase how well coached they are. As concerning as it was to see the defense get gouged during the first half, they came back with great adjustments during the second half.

— Keep the train moving Baltimore, the fans deserve to see the rest of the AFC try to take you down at home.

— Lamar Jackson is absolutely ridiculous, and if anybody else wins the NFL MVP award it will be downright robbery. He does whatever he wants on the field pretty much whenever he wants.

— Mark Ingram continues to be the perfect fit with this team, and the relationships this offense seems to be building will only bode well for their playoff run and the next few seasons together.

— There’s little to critique in this game, but I did have two issues: 1) the secondary seemed to come out flat and had some trouble covering down the field. 2) special teams was bad today, on the blocked punt and in the return game. I continue to be baffled by the decision not to have Tucker kick the ball out of the end zone. You risk injury and haven’t shown a consistent ability to keep teams behind the 25-yard line..

— Altogether, this was another terrific performance by the Ravens as they wrap up an unbelievable regular season with hopes of improving more come playoff time.

It didn’t start clean defensively or on special teams but it didn’t really matter. It was an impressive performance by a dominant team on a short week. The rushing offense got what it wanted versus a great Jets run defense and Lamar Jackson kept up his insane pace as a passer with 5 more TDs thru the air on only 23 throws.

On a night where Jackson broke the single season rushing record for a QB, he also locked up the MVP. Fans better get used to home playoff games because this team is playing like they have no intention of the AFC going thru anywhere else.

Leaving the game so I’ll keep it short and sweet. AFC North Champions!!! The energy was incredible in the stadium tonight. Seth Roberts continues to impress more and more with each game. This whole team has been so much fun this season.