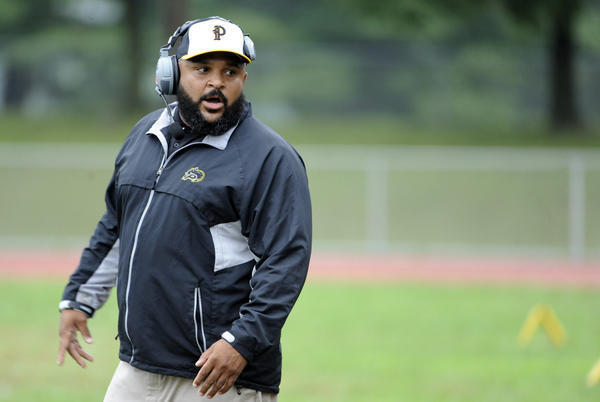 Justin Payne, varsity head football coach of the Parkville Knights, has been named the 2019 Ravens High School Coach of the Year. Payne is the 23rd recipient of the annual award.

The fifth-year head coach guided the Knights to their first-ever undefeated regular season (9-0) in the school’s 66-year history. It marked the most wins in program history, en route to Payne’s squad securing the school’s first playoff victories after advancing to the Maryland Public Secondary Schools Athletic Association Class 4A quarterfinals.

Payne took the helm in Parkville in 2015 following an 0-10 season for the Knights. He has steadily directed the program’s turnaround over the last five years to achieving this season’s 11-1 final mark. With many players on this season’s team playing for Payne the previous four years, Parkville’s head coach knew 2019 could be a special year for the Baltimore County school.

“The students and I have built a special relationship through this journey we’ve all gone through the last four years,” stated Payne. “They all bought into what we were trying to do to change the culture at Parkville. They put their names in the history books here, and I couldn’t be prouder of how they grew as football players and young men.”

Notching four shutout victories and averaging over 35 points per game, the Knights were dominate on both offense and defense in 2019. Parkville recorded the highest point differential among their Baltimore County foes (+303) this season.

“These kids are running a difficult offense [the triple-option] that most teams don’t run – and they’ve been doing it for four years – so it’s like second-nature to them,” explained the Parkville head coach. “Our offensive coordinator, Rick Zentz, has done a phenomenal job implementing this over the years, and the kids believe in what we are doing on both sides of the ball. They have executed both the offensive and defensive systems extremely well.”

Da’Vaughn Curbeam (SB/CB) – “Entering Parkville my freshman year, I didn’t really know that much about football even though I played rec football growing up. But, as the years went on with Coach Payne teaching me, I began to understand the details of football. He showed me exactly what I needed to do, and the game began to slow down for me.”

Noah Hambrick (RB/DB) – “He’s shown us that we can’t feel sorry for ourselves. Everyone goes through tough times and must work hard to get what they want. Coach Payne’s done that himself, and he’s showing us that we can do it too. I appreciate everything he’s done and is doing for me. It’s been a fun four years, and we’re family now. Thank you, coach.”

Kevin Smith III (Senior QB) – “Coming in five years ago, he changed everything around at Parkville. Coach Payne has care for every person he coaches, and he’s been like a second father to me. It meant a lot that he gave me an opportunity to show what I could do. I love you, coach.” 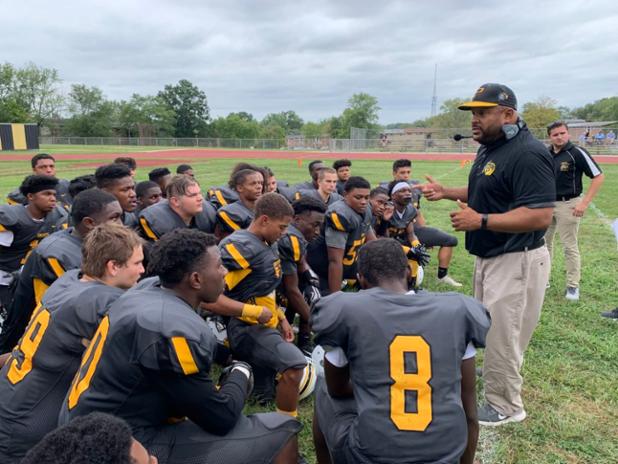 “I would like to thank the Baltimore Ravens for what they do in the community, especially for high school and youth football throughout Maryland,” said Payne. “To win this award really means a lot, because there were plenty of other great coaches to choose from. It’s an amazing honor and extremely humbling.”

Each week during the season, the Ravens honored a high school coach who has made a significant impact on his student-athletes. Each winner was in attendance for the Ravens-Jets game at M&T Bank Stadium on Dec. 12 for the naming of the Ravens High School Coach of the Year. In addition, each coach received a $2,000 donation to his school’s football program and an award from Ravens head coach John Harbaugh.