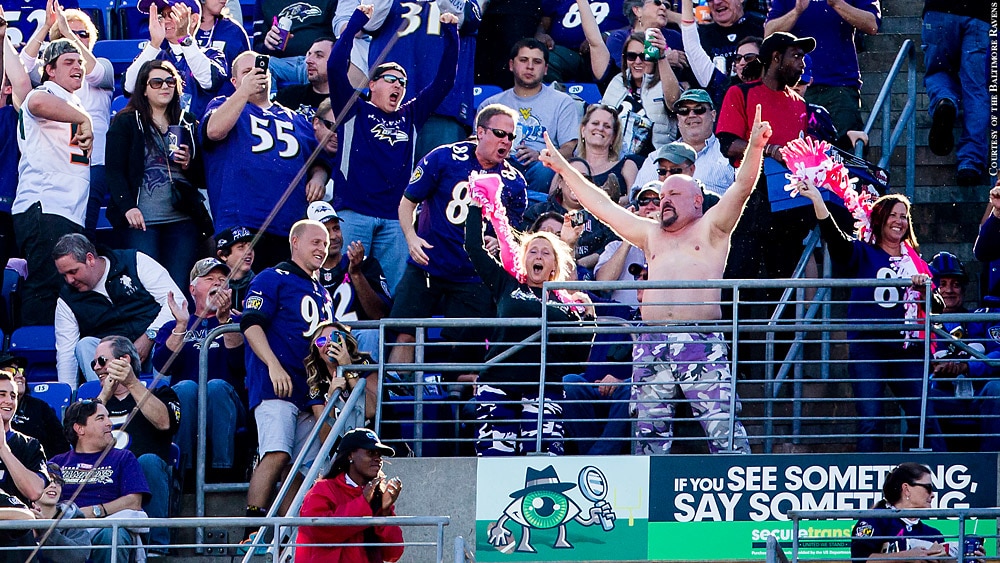 The 2019 regular-season finale between the Ravens and Steelers is not exactly an exciting matchup for the fans in Baltimore.

Usually, this game is circled on the calendar.

The Ravens, however, have absolutely nothing at stake. They’ve already clinched the top seed in the AFC playoffs.

The Steelers, on the other hand, have everything on the line. They need to win and the Tennessee Titans to lose to the Houston Texans to make the playoffs.

So, what does it mean for M&T Bank Stadium?

Will the fan support be there on Sunday? Are Ravens fans going to show up for a 4:25 p.m. kickoff on a holiday weekend?

This Ravens (13-2) team has earned the city’s respect regardless of whom Harbaugh decided to march out on the field. The players deserve support of this beleaguered city after earning the first No. 1 seed in the postseason for the first time in franchise history.

Harbaugh said the Ravens are playing to win.

“It will be an opportunity for some guys to play who have been inactive, so that’s a big plus for us. It gives some guys some experience, and we’ll just roll with it,” he said. “But our intention will be, and our plan will be, [to have] all hands on deck to win the game. With all of those guys who will be playing, they’re all on our 53-man roster. They’ll be excited to play, and we’ll be excited to play.”

Robert Griffin III will make his first start in three years. Running backs Gus Edwards and rookie Justice Hill can capably carry the load with the Ingram sidelined. These are players that have bought into the Ravens overall plan, embraced their roles and now have an opportunity to shine under the lights.

Still, there might be some more “Terrible Towels” at M&T Bank Stadium than previous years. The Ravens would love to send them home disappointed again.

Last season, the Pittsburgh fans and players stuck around Heinz Field to watch the closing minutes of the Ravens game against the Browns in Week 17. A Ravens loss would have propelled the Steelers into the playoffs. Instead, Ravens linebacker C.J. Mosley sealed a 26-24 victory with an interception on a fourth-and-10 with 1:02 remaining.

Season over for the Yinzers.

This season, the Steelers (8-7) have been devastated with injuries and will be hard-pressed to beat the Ravens’ backups.

Pittsburgh quarterback Mason Rudolph is out with left shoulder injury, which means Devlin Hodges will likely get the start with Paxton Lynch as the backup. Pittsburgh running back James Conner is dealing with a quad injury and might be limited.

Overall, Pittsburgh has struggled to move the ball and is tied for 25th in the league with 18.6 points per game.

Still, expect another hard-fought contest in the NFL’s best rivalry.

Ravens fan support is still needed to help their team.

“It’s a rivalry game. It’s the Steelers,” Harbaugh said. “They have everything to play for, and we recognize that and we’ll be looking to put our absolute best foot forward, play our best football game with the guys that we’ll be playing with, which will be, for the most part, most of our football team, with a few exceptions. So, that’s where we’re at with that.”