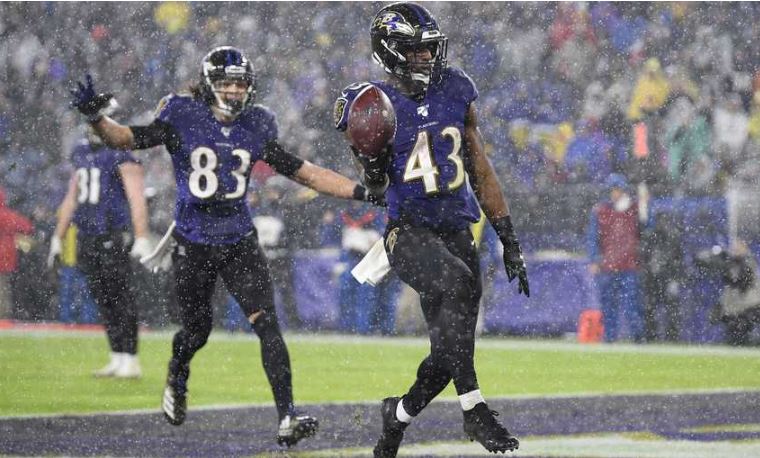 The Ravens defeated the Pittsburgh Steelers 28-10 in Week 17 to run their record to a franchise record 14-2. RSR staff react to the win here.

14-2, the No. 1 seed, and a myriad of broken records. It feels amazing. Lamar Jackson is the MVP. Mark Andrews is TE1 in the NFL. Mark Ingram had a career year. The defense is quietly one of the best in football. Eric DeCosta has a real argument for executive of the year.

But hear me out. 14-2 means nothing. You get a week to celebrate. Then the real work begins. It means nothing. Nobody cares about your regular season record. Work harder in the playoffs.

In two weeks, you start defining your season. Now is the time to get better.

I know that we live in a world these days where any season that doesn’t end in a championship is considered a disappointment, but I hope all Ravens fans take some time to bask in the glow of this incredible regular season. 14-2 doesn’t come around often.

Another one for the record books. pic.twitter.com/fd28a0yro1

Blowing multiple opponents out of the water isn’t normal for the highest level of pro sports.

Stomping your arch rival with your backups when they have everything to play for and you have effectively nothing? Yeah, kinda rare.

Like Chibs already said, nobody cares about your regular-season record. It’s true for the most part, but it’s still annoying. I care. That was awesome. Thanks, Ravens.

Absolutely incredible! The greatest regular season in franchise history.  Now it’s time to get back to work to have an equally dominant post-season. Go Ravens!!!

— Never saw this team reaching 14-2, but what a season it’s been. To cap it off with a big win by the backups to crush the arch-rival Steelers who had everything to play for is sweet, too.

— RGIII was fine and managed the game very well, which is all he had to do.

— This defense continues to play well, and I was particularly impressed by Anthony Averett. Hopefully this will be a sign of things to come from him if the team opts to move away from Jimmy Smith.

— Great win, but remember: the North is not enough!

The Ravens decided to give us a flashback game where these defense and special teams did the heavy lifting from a scoring perspective. I know this game was a meaningless one in the grand scheme of things but I get the feeling from the amount of veterans that played heavy snaps in this game that the Ravens wanted to preserve their winning streak and stick it to the Steelers. Both goals were accomplished. Now we sit and wait.