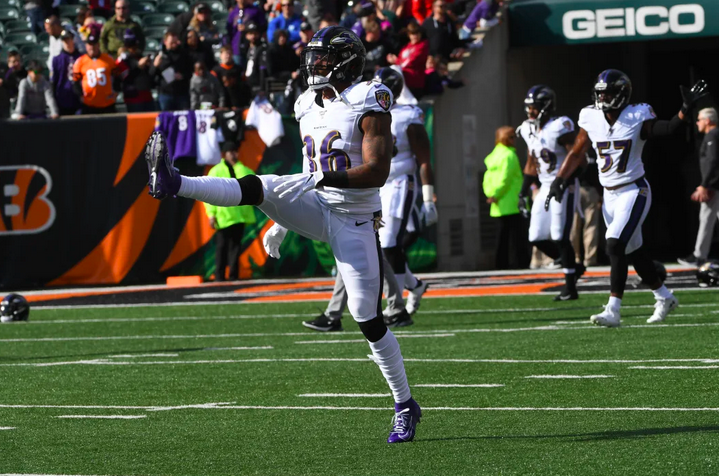 For some, the sudden contract extension of Ravens CB Marcus Peters was a surprising move given the time of year. Peters has certainly solidified the defense in a tremendous way and seems to be a perfect fit with the unit and the team, as he plays with emotion and has an aggressive style. With all that in mind, the renewal was welcome and really, made a ton of sense for both sides.

As Baltimore prepares for the playoffs with a well-deserved first-round bye and home field advantage throughout the playoffs, most fans are understandably focused on seeing who the divisional round opponent will be. Sure, re-signing Peters was exciting, but that’s got to be it when it comes to contract decisions, right? I don’t necessarily think that’s true, as Eric DeCosta should have at least some attention directed on making the team better, both now and in the future.

And, with two weeks before the next game, this could be a perfect time for him to take a look at other expiring contracts on which he may want to act.

It’s important to note that unlike Peters, not all of these players will be due for free agency following this season, nor will they be necessarily be stars on the team. However, they will all be players who have promise. The purpose of extending young players ahead of time is not only to lock them in with the club but also to reach deals that will be team-friendly by the time the player would have hit the open market. John Harbaugh said that the Peters move would not be the last, and I expect that to prove true.

This article will break down the argument for a few players I feel DeCosta may be considering right now.

The Ravens’ starting strong safety has the green dot, led the team in regular season tackles, and is a critical player in the rejuvenated defense. With his consistent play and emergence as a key cog in a secondary that is largely under contract, he should be someone the team would want to sign long-term. Chuck Clark is set to be an unrestricted free agent at the end of next season, and even if DeCosta would like to replace him with a more impactful starter in the Derwin James mold, the team is likely to lose Anthony Levine this offseason, and Clark is an extremely similar player.

Another member of this 4th-ranked defense, Patrick Onwuasor has taken a bit of a step back in 2019. After a promising conclusion to last year, he’s shown an inability to handle the primary middle linebacker role on the team and has lost snaps to L.J. Fort and Josh Bynes. Still, this doesn’t render him useless. Onwuasor may still be an important player down the road and may be a bounce-back candidate in 2020. Though the linebacker is set to hit free agency and could test the market, if he’s happy with the Ravens he could be extended on the cheap.

If that’s the case, I would be happy to see DeCosta strike a deal. Linebacker will be a position of need and losing Peanut will only add to the glaring weakness there.

How fun would it be if DeCosta locked up the team’s two star CBs? Though the Ravens have a *club option to keep Marlon Humphrey next offseason and have another year to reach an extension, this is a key example of how an early deal could benefit the team’s cap situation down the road. Baltimore absolutely cannot afford to lose Humphrey in free agency, so I don’t think DeCosta will want to get anywhere near that happening. He’s probably the unit’s best player and has plenty of potential and has already grown into one of the league’s best corners, expanding his duties to include slot play this season following the injury to Tavon Young. This move may not feel urgent, but it’d take a massive weight off DeCosta’s shoulders next year, as Humphrey is one of the team’s major free agents beyond this year.

If DeCosta doesn’t extend any number of the aforementioned names, I think others he’ll try to reach deals with are:

Ronnie Stanley (UFA 2021)– His identity as a Pro Bowl tackle might make the GM hesitate, but this would check another huge box.

Matt Skura (RFA 2020)– He played extremely well and looked like he’d made himself worthy, but it may make sense to see him return from injury and sign him as a pending free agent.

Jihad Ward (UFA 2020) – Also overlooked as a midseason addition who seems to fit very well in the scheme, and with so much uncertainty at a position that already needs improvement, extending Ward could be an easy move for DeCosta to make.