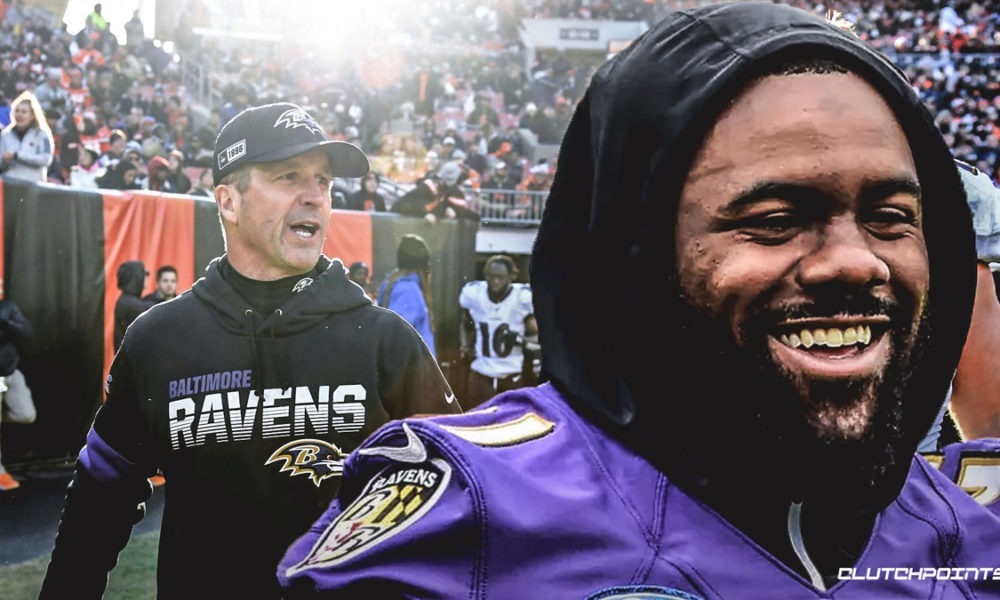 Here’s a Ravens playoff primer as the team prepares to host the Tennessee Titans in the Divisional Round of the 2019 postseason.

Given all of the excitement surrounding the upcoming Divisional Playoff Game against the Tennessee Titans, a player signing on Wednesday has flown under the radar. As part of an effort to provide offensive line depth, the Ravens signed tackle Andre Smith.

The 32-year-old Smith was the No. 6 overall pick in the 2009 NFL Draft. The former Outland Trophy winner from Alabama never came close to playing to the level of his draft status and was often criticized for his poor conditioning. That said, Smith’s signing makes sense. While he can struggle in pass pro, Smith brings experience and above average run blocking ability to offensive line coach Joe D’Alessandris’ bench. Smith replaces the injured Parker Ehinger (shoulder) on the team’s 53-man roster. Ehinger was placed on IR.

Speaking of injuries, the most concerning ailment on the Ravens injury report is Pro Bowl tailback Mark Ingram who failed to practice again on Wednesday. Some, including NFL Network’s Ian Rapoport, believe that John Harbaugh is simply being cautious and that there’s still a good chance for Ingram to play on Saturday night.

The Ravens have their eye on the big prize and Ingram will be instrumental in what the team hopes to accomplish this postseason. Harbaugh will trust the team’s medical staff and while backup Gus Edwards doesn’t possess Ingram’s pass catching ability, there will not be much drop off if any in the running game during a one-time showdown with the Titans. If there’s any chance for a setback with Ingram’s calf injury, the Ravens would be better off sitting the 2009 Heisman winner. The Bus can and will deliver. #BigTruss

Excuse me JB, that’s not exactly true. On November 17, 2019, the Ravens had 7 sacks against the Texans. They dropped DeShaun Watson six times and his replacement A.J. McCarron once during a 41-7 thrashing of Houston at M&T Bank Stadium.

On Saturday night at The Bank the Ravens will be giving away a “Defend What’s Ours” flag to each fan in attendance…This week’s Legend of the Game is Super Bowl XXXV winning quarterback Trent Dilfer who has had a somewhat tempestuous relationship with the club since his dismissal in 2001. Perhaps this move is a needed olive branch. Time heals wounds…The Ravens will wear their purple jerseys. No word on the complementary pants as of this writing…

Bill Vinovich’s will be the referee for the game. In 15 games this season, Vinovich’s crew has called 190 penalties which ranks as the 15th fewest among 17 crews. Something to look for in the game – expect the Titans to take shots at Lamar Jackson, much like the Steelers did to RGIII during the season finale. Vinovich had the fewest roughing the passer calls this season with just two. I’m sure this will be a pregame topic of discussion between Vinovich and John Harbaugh.

No surprise that the Ravens will introduce their offense during pregame ceremonies. The roar for the soon-to-be-named MVP should set the tone at The Bank…Lastly, the Rockville, MD based band O.A.R. (Of a Revolution) will play at halftime. One of their more recent hits is a song called “I Go Through”. The song in a way, speaks to the Ravens offense. So many from the national media go round and round with their criticisms of Lamar and they tout the alleged blueprints that exist to stop him. Yet he keeps winning. He goes through. Check it out below.

Here’s to the 13th straight win!