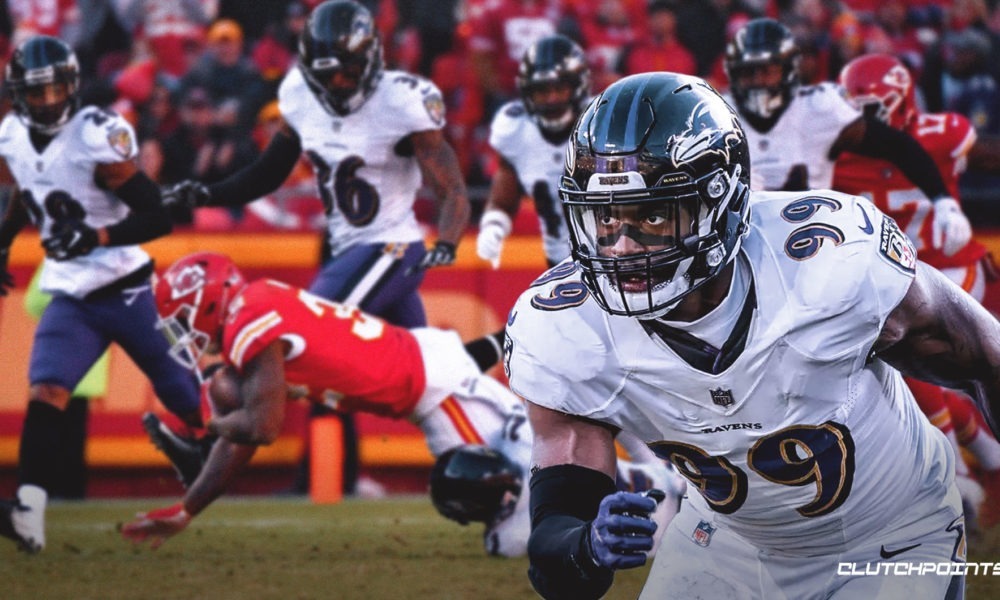 The Baltimore Ravens may be arguably the best team in the NFL right now, according to BetRivers and other online sportsbooks, but this doesn’t mean that they’re perfect. Every club going into the offseason knows that this is the time for making improvements, and if the Ravens are the best, then that’s partly because they realize how crucial it is to stay fresh and plug any gaps that may appear. How can the Ravens build on a winning formula and put together the best possible side for 2020?

With 21 players set to become free agents this coming draft, including 16 unrestricted free agents, it’s inevitable that some goodbyes will be said. Some hard decisions will need to be made in Baltimore, weighing up the cost of keeping in-demand players against the size of the hole left if they’re let go. There’s definitely an argument for freeing up salary cap space and signing some young blood – up-and-coming stars who will cost less than top players who may be hitting or even past their peak. At the same time, there are some players who the Ravens will want to hang on to at almost any price.

The outside linebacker is one of the Ravens’ biggest assets, but he’s also an unrestricted free agent this year who is going to get a lot of offers. Can Baltimore afford to match them and keep Judon on the team? More to the point, can they afford not to match them and see him go? Naturally, Judon will follow the money, and on the free market, he’s expected to be worth $16M/year to interested parties. It seems likely that the Ravens will do their best to keep him, but that’s going to leave them with a lot of money riding on one player’s performance.

One of the other big names on the unrestricted list is cornerback Jimmy Smith, and here the situation is almost the opposite of what it is with Judon. Smith has been with the Ravens the whole of his NFL career, but he hasn’t played a full season since 2015, due to injury. It’s also worth noting that the Ravens already have more cap space tied up in the cornerback position than any other team in the NFL.

With Marcus Peters already having had his contract renewed for another three years, and Marlon Humphrey also staying on, it could be time for Smith to go. Brandon Carr is also likely to be dropped, meaning that this is an area where fresh blood could be welcomed. Some possibilities might include Trevon Diggs from Alabama, Jeff Okudah from Ohio State, Stanford’s Paulson Adebo, or A. J. Terrell from Clemson.

Players who the Ravens will surely hang on to and who will continue to fulfill key positions include Jaylon Ferguson and Tyus Bowser. However, they need some more back-up in this area in order to keep the rush reliable and consistent. If Baltimore can get K’Lavon Chaisson (LSU), Terrell Lewis (Alabama) or Yetur Gross-Matos (Penn State) in the first round, then that would be amazing. Further down the draft, Jabari Zuniga (Florida Gators), Khalid Kareem (Fighting Irish) or Alton Robinson (Syracuse) are also strong contenders.

Quarterback Lamar Jackson is going to remain at the heart of the Ravens’ offensive line, but who will he have around him? Marshal Yanda will be turning 36 in 2020 and may decide to retire. What about Oregon’s Shane Lemieux, Tennessee’s Trey Smith, or Ben Bredeson from Michigan? Solomon Kindley (UGA) and Logan Stenberg (Kentucky) would also make great picks.

Josh Bynes and Patrick Onwuasor are on the unrestricted free agent list this season. The Ravens should definitely keep Bynes, but Onwuasor may leave Baltimore if the money is right. He’s a good player, but he hasn’t had a great season, and the Ravens are unlikely to match up if another team makes a big offer. This may turn out to be a mistake on their part, but only time will tell.

Dream options to join Bynes and L. J. Fort might include Kenneth Murray, Dylan Moses or Isaiah Simmons. Outside of the top end, Zach Braun (Wisconsin), Jordyn Brooks (Texas Tech) and Troy Dye (Oregon) would all be solid choices.

The Ravens are a great team, but there are sure to be some changes made over the offseason. If all goes well, these will hopefully mean that Baltimore will be coming back even stronger in 2020.