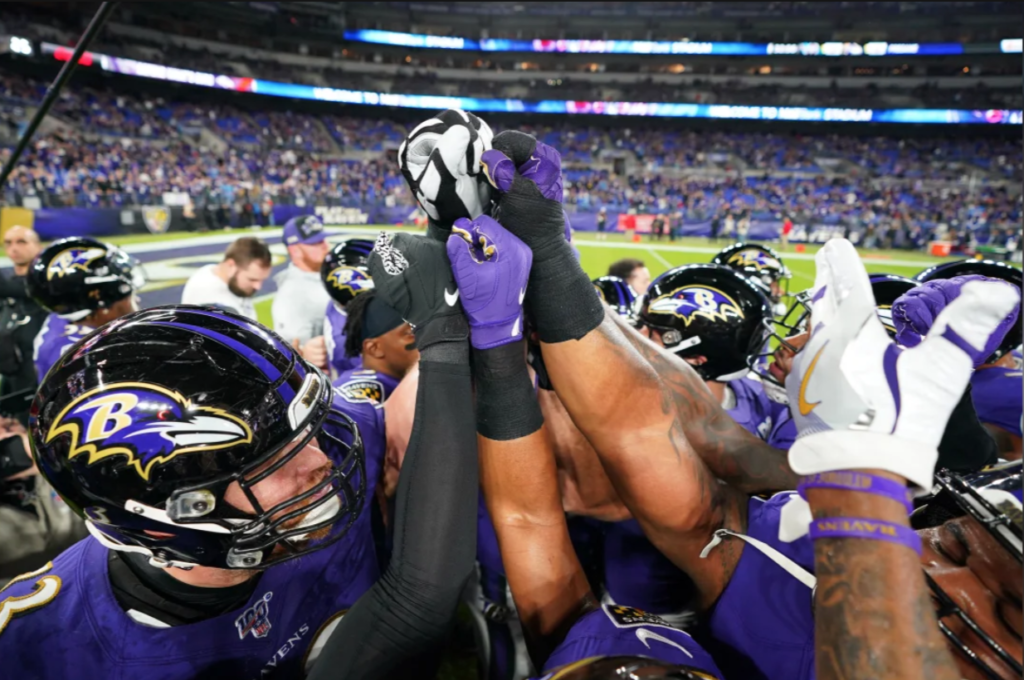 The 2019 Ravens Gave Hope to a City That Needed It

And just like that, a season that brought so much joy, injected civic pride into an ailing city, galvanized a community and cloaked it in purple – that season, came to a screeching halt. A 12-game winning streak unexpectedly slid off the road to Super Bowl 54 and right into a titanic wall. The 2019 Ravens are done!

We read and embraced all of the stats that suggested success on Saturday night – the Ravens consistent triumphs during prime time television; the impressive results following a bye; the challenges faced by a visiting team playing their third consecutive road game. None of that fazed the Titans. They did to the Ravens what the Ravens have done to so many teams in the past. Mike Vrabel’s team brought energy, physicality and confidence into M&T Bank Stadium and they never let up.

And consequently, the 2019 Ravens are one-and-done in the playoffs, just like their 2018 counterparts.

At the beginning of the season, many had doubts about the 2019 Ravens, influenced by the way the LA Chargers stymied the Lamar Jackson led offense during last year’s Wild Card game. Most discarded the Ravens’ chances of a postseason berth but the team knew better. They, more than anyone else, understood the team’s potential if they could create a blueprint to leverage Lamar’s unique skillset. And the plan worked.

Led by their sure-fire MVP quarterback, the Ravens delivered a record-setting season. The 2019 Ravens meshed like no Ravens team before. The solidarity in the locker room was iron-clad. The chemistry gave birth to #BigTruss and given an NFL best (14-2) record, a rested team with home field advantage and a stadium percolating with combustible energy about to blow, expectations soared by the time Justin Tucker teed it up for the game’s opening kick on Saturday night.

But soon thereafter, the energy was tempered. Things on the field weren’t going as planned and with each passing quarter, expectations deflated like a leaky balloon until finally the clock read 0:00 and hopes were completely dashed. Dreams of hosting an AFC Championship were gone. Tentative trips to South Florida were canceled. 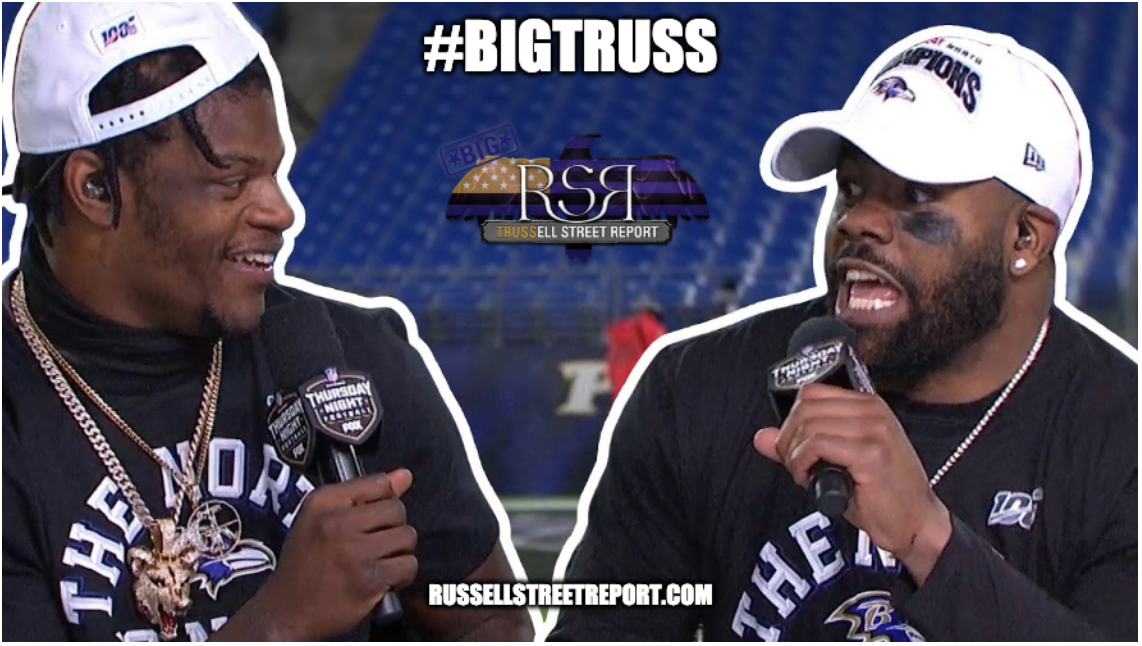 Expectations are funny things. When achievement exceeds expectation, jubilation ensues. When expectations fall short of the mark, disappointed grabs us like a steel trap and we look to blame someone or something. We react rather than respond. Reactions are laced with emotion. Responses are tempered and thoughtful.

I’m guilty of reacting. I wanted to point the finger of blame. I sought accountability for the debacle we witnessed – a game that we all anticipated for 3 weeks. It wasn’t supposed to be this way. But at the end of the day or in this case a season, the 2019 Ravens won as a team and on Saturday night, they lost as a team.

Since that mind-numbing outcome, I’ve had a chance to process the results. And now with emotion stripped away, I can respond to the question asked of me many times since 11PM on Saturday: “What happened to the Ravens?”

• The Ravens were beaten in the trenches on both sides of the ball. It’s an eye-opening outcome given the rest and prep time, but it’s the truth. It’s tough to win when you consistently lose at the line of scrimmage.

• Greg Roman abandoned what earned the Ravens the No. 1 seed. Down 14-0 they seemed to panic and went into a pass-happy mode and completely against their successful formula. Maybe the lure of the Titans’ 24th ranked pass defense was too inviting. But that never diverted the Ravens approach during the season when they shredded top-ranked rushing defenses like the Patriots and Rams. It’s hard to fathom Ravens running backs getting a TOTAL of 9 carries.

• Entering the game, the Ravens enjoyed a 70.8% success rate on fourth down. Saturday night they were 0 for 4 and the result was a swing of no less than 10 points.

• Penalties that altered field position against Lamar Jackson, Brynden Trawick and De’Anthony Thomas were all costly.

• Going into the game the Ravens knew they had to contain Derrick Henry. That was priority No. 1 and they failed, miserably.

Coaches will tell you that each loss is a learning experience and the lessons in this game were many. They serve as building blocks. They represent challenges to accept and overcome. The trouble with a playoff loss is that losing teams need to wait nearly 9 months for a chance at redemption. Yet it does fuel organizational ambition.

The team’s needs are quite apparent. Another receiver tops the list along with pass rusher, inside linebackers that can pursue sideline to sideline, an edge setter and perhaps even a replacement for Marshal Yanda who may be retiring.

2019 was a big step in the right direction. The Ravens were deliverers of some great memories and those, no one can take away. The end result wasn’t what we all expected but then again, 31 other teams will say the same thing by 11PM on February 2. It’s the nature of the beast – the reality of the NFL.

So, while we’re all left temporarily wounded, let’s take a moment to think about the 2019 Ravens 2019. If you were told in September that the Ravens, given their issues at wide receiver, offensive line and pass rush would go 14-2 and make it to the Divisional Round as the No. 1 seed in the AFC sporting the league’s best record, you might have laughed. But that’s what happened.

Wouldn’t you have taken that?

Organizationally, the Ravens believed in themselves. #BigTruss ensued. It was a special team.

But there will be attrition. It’s inevitable. Every NFL roster will feel it. These men who bonded, who “trussed” like no other Ravens team in the past, will fall apart by about 20%. That’s just the way it is. And we all hope that with the change, the results will be even greater during the 2020 season.

Until then, let’s all remember what was, to be thankful that the 2019 season unfolded as it did. And then, let’s look forward to the future with hopeful anticipation. Because we should.

Just think back to what the Ravens looked like after Week 4. Remember the remarkable in-season adjustments they made to end up at (14-2). Think about what Eric DeCosta might do with 9 draft picks and a healthy salary cap.

Thanks for the memories.