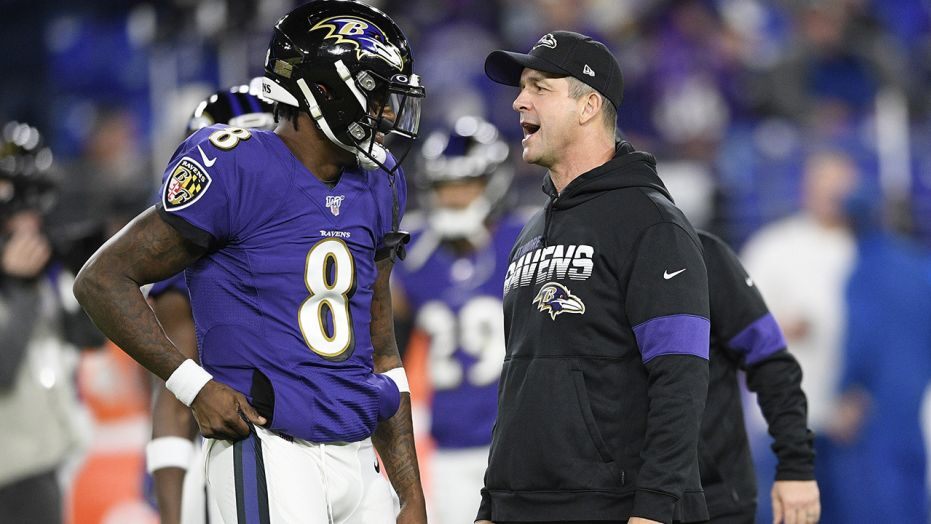 On Thursday it was announced that John Harbaugh was named NFL Coach of the Year by the Pro Football Writers Association. The announcement left many here in The Land of Pleasant Living scratching their heads. Why? Because Harbaugh has been the target of fan frustration since the Ravens fell to the Titans in the Divisional Playoff game last Saturday night.

Clearly the Ravens coaching staff didn’t have its best game and they are culpable. They were out-coached but then again the dropped passes, missed tackles and lack of physicality during the game wasn’t on the coaching staff. The players have to accept the blame for those failures as well.

Harbaugh deserves the awards and accolades. More than anyone else, he has been the straw that stirred the drink enabling the successful and seamless transition from the Joe Flacco era to the Lamar Jackson era. He’s also largely responsible for nurturing and harvesting the overwhelmingly positive culture that resides in the building labeled One Winning Drive.

There are many contributing factors to the Ravens (14-2) regular season record, not the least of which has been Harbaugh’s leadership.

But that’s a macro perspective.

A micro perspective drawn from the season-ending game tells a different tale. But before I get into this year’s one-and-done effort in the postseason, let’s take a look back at last season’s one-and-done – a wild card loss to the LA Chargers.

The Ravens beat the Chargers in Week 16 of the 2018 season in LA by the score of 22-10. Two weeks later the teams met up in Baltimore and the story was quite different. The Chargers made adjustments to limit Lamar Jackson’s effectiveness and instead of counterpunching, the Ravens played rope-a-dope and absorbed the Chargers’ blows hoping to steal the battle later in the game.

Back on November 21, 2019, Bruce Murray from the Sirius XM Blitz had former Ravens offensive coordinator Marty Mornhinweg on as a guest. Murray admitted that he thought the Chargers had given the rest of the league the blueprint to stop Lamar, but conceded that the 2019 season paints a different picture. Murray then asked Marty what happened in that wild card game against LA.

“We went into that game playing very, very, very conservatively and let the game come to us, Mornhinweg explained. “You know, let’s go with what we’ve done and [things] like that, and then open it up in the fourth quarter. You know, hopefully we would have had the lead, but we didn’t. We were a couple scores behind and then had to open it up.”

“Go back and look at that film. You can see there in that fourth quarter, where I went, ‘Whoa’ [over Lamar’s play]. And there was some discussion at halftime to go with Joe [Flacco], and I said like, ‘nah’, let’s give this young man an opportunity and let’s open it up a little bit, not only for our team but for his future as well. So that’s how it went.” 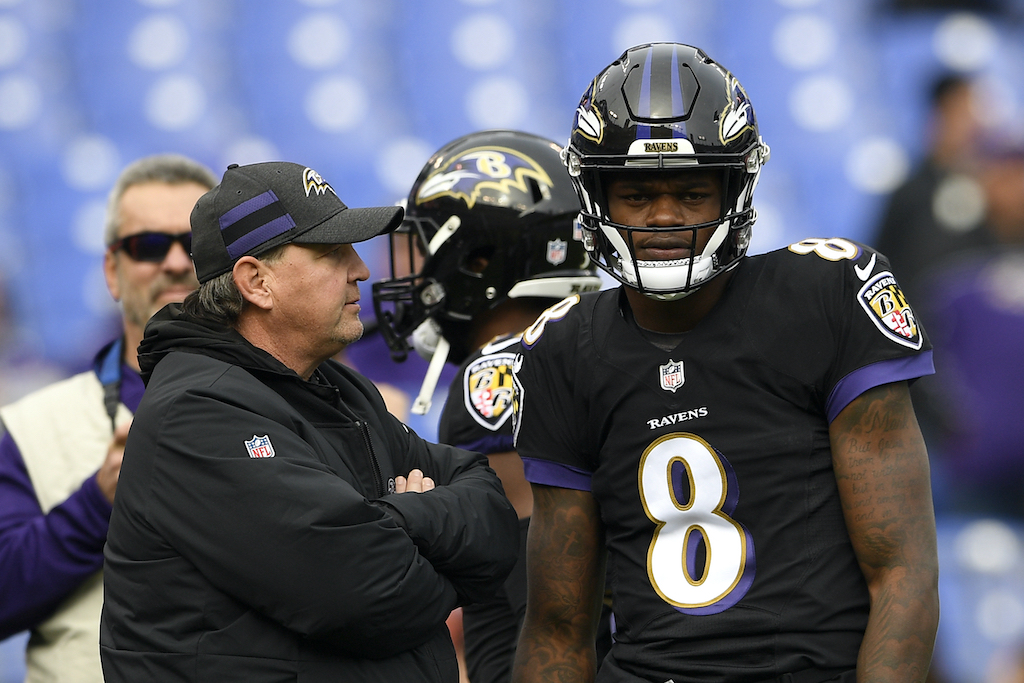 Instead of attacking, instead of anticipating what the Chargers might do, the Ravens decided to lay back, play it close to the vest and let the Chargers dictate the flow of the game.

So, they did. And we all know how that game ended. Instead of playing the role of aggressor, the Ravens chose to respond. Consequently, they played to the strengths of the opponent who then seized the game’s momentum.

Fast forward to last week when the Ravens hosted the Titans. Throughout the season the Ravens faced the NFL’s best rushing defenses. But that never stopped them from exerting their will upon opponents. They stuck to what they do well, started fast and when they got into a rhythm, Greg Roman’s offense never let the pedal off the metal. They destroyed some very worthy opponents.

Against the Titans, the Ravens quickly found themselves in a place they weren’t accustomed to – being down by two scores early in the game. Seemingly, the Ravens coaching staff panicked and they abandoned everything that they did to land the No. 1 seed in the AFC and the league’s best overall record. The best rushing offense in NFL history handed it to their running backs just 9 times!

In both losing scenarios, the Ravens allowed their playoff adversary to control tempo and by getting away from the things they do well, they allowed their foes to capture momentum and put the Ravens on their collective heels. EVERYTHING the Ravens do offensively is predicated upon the way their running attack spreads the field. Instead, the General had a different plan – retreat!

That’s on coaching and it starts and stops with Harbaugh.

John’s award for the regular season is deserving but the postseason approach for the past two years has been a failure. The Ravens coaching staff is strong with analytics and they lean on self-scouting. Hopefully after they crunch the numbers and look in the mirror, what they conclude is that you dance with the “date” that took you to the playoff ball.

You don’t ditch the date and hope to score.