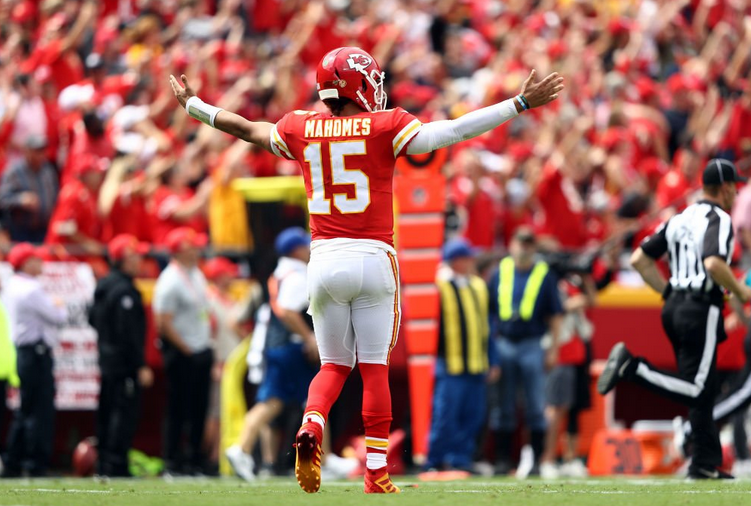 — I’m only going to list one in here and it’s the one that stung the most. Our Baltimore Ravens. I thought they would handle the Titans relatively easily. When is the last time that you can remember a team coming into Baltimore with only one major weapon and the Ravens weren’t able to take that away? I can’t think of one.

After an undefeated Wild Card weekend, Divisional weekend wasn’t as kind. I did ultimately end up taking San Francisco on my personal cards, but if it’s not in writing, it doesn’t count.

I’m trying my best to get excited about the Conference Championship games, but after the heartbreaking loss last week, it’s hard.

Here are how the numbers breakdown and the ATS rankings of the remaining teams after the Divisional Round: 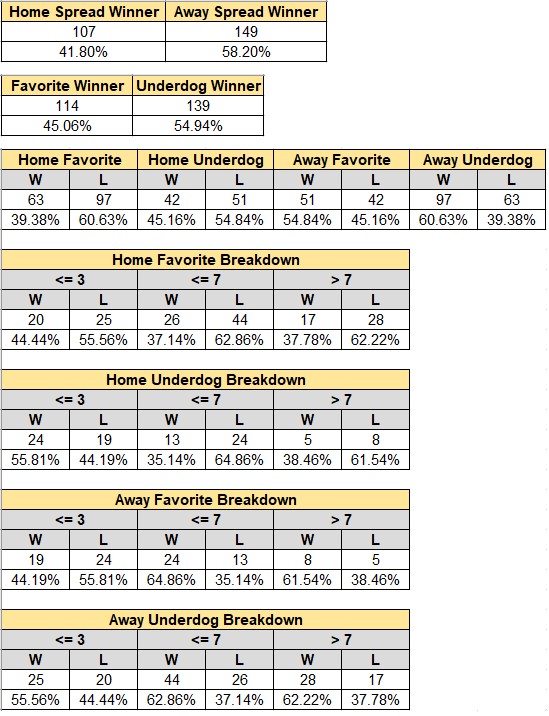 Here are my Conference Championship picks…

Isn’t there something eerily similar between this Titans run and the run the Ravens went on to win their last Super Bowl? The Ravens took out Andrew Luck, Tom Brady, and Peyton Manning on their way to winning the Super Bowl. If the Titans were to make it to Super Sunday, they would have taken out their own murderers row of Tom Brady, Lamar Jackson, and Patrick Mahomes.

I’m going to try to not be a homer, but let’s be honest, there are a few key plays that were major factors for Tennessee against Baltimore that completely turned the game on its head. The first interception intended for Mark Andrews wasn’t a great pass, but it wasn’t a bad one either. It hit his hands and tipped right to a defender. The Titans then score on the next drive. Who knows how the game unfolds if that play doesn’t occur.

The other two big plays were the fourth down misses by a Ravens team that had been 8-for-8 on fourth and one for the season. The first miss led to a Titans touchdown on the very next play. The second, and probably most important, miss was on fourth and inches on their first drive of the third quarter deep in Titans’ territory. Had they gotten that and scored on that drive, the whole game changes.

Hindsight is, of course, 20/20 and you can’t live by “ifs.” However, in the betting world, you have to consider all those aspects of a game because the Titans winning, and winning by the margin they did, will influence the public perception of them going forward.

The only way the Titans keep this game close is if they completely control the time of possession and force at least one (probably two) turnovers. If they fail to do that, the Chiefs win this one running away.

I love the Chiefs again this week in this matchup and I think they win by double digits.

The Titans are 7-3 straight up and ATS on the road this season. Kansas City has won seven straight by an average of 16.9 points.

Fans have groaned about the Packers’ lack of quality wins this season and that didn’t change last week as they beat a banged-up Seattle team. They won’t have that luxury this week against the 49ers who are relatively healthy with arguably the league’s best defense.

In their Week 12 matchup, San Francisco held the Packers to less than 200 total yards in a 37-8 win. I don’t see them keeping Aaron Rodgers down to that number again, but it won’t be far off.

This one is easy in my opinion. You can’t take anything away from the Packers. You can only play who’s on your schedule. However, it can’t be ignored that they’ve had a relatively easy road to this point. That road ends this week in a big way. San Francisco’s defense will shut down Aaron Rodgers and the 49ers will coast to an easy win and book their ticket to Miami.

I like both of these games from a betting perspective. If you’re looking for competitive games, I don’t think you’ll find them this week. I can see a world where both of these games are double-digit wins for the home teams and we have an intriguing matchup between Kansas City and San Francisco in Miami.