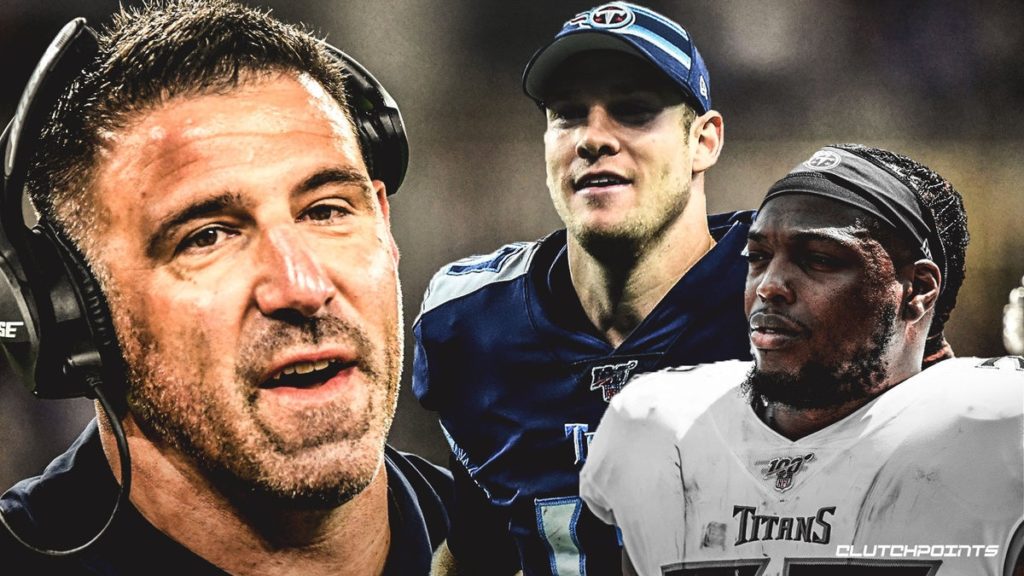 Who Will Win on Championship Sunday?

The RSR staff begrudgingly chimes in with their picks on Championship Sunday.

Baltimore should be hosting the game. It should be a day of celebration in the city – a day to rejoice. A day that should have been a red-letter day in the annuls of Baltimore’s sport heritage. A day that is arguably the greatest individual sporting event that a town can emcee played right here in The Land of Pleasant Living.

But it won’t happen! And it stings!

The AFC Championship will instead be enveloped in a sea of red, accentuated by the sound of an ancient Indian warrior chant. It’s enough to make me want to hurl. But like roadkill along I-95, I’ll watch it go by anyway. Call me a glutton for punishment.

I despise the Chiefs. From the next untouchable Tom Brady, the NFL darling Patrick Mahomes to the poster child for domestic violence to the love-to-hate-him Travis Kelce, the Chiefs are easy to root against. Then there are the Titans, who came into Baltimore last week, punched our team square in the mouth and like a dog marking its territory, picked up its leg and whizzed all over the Ravens midfield shield. 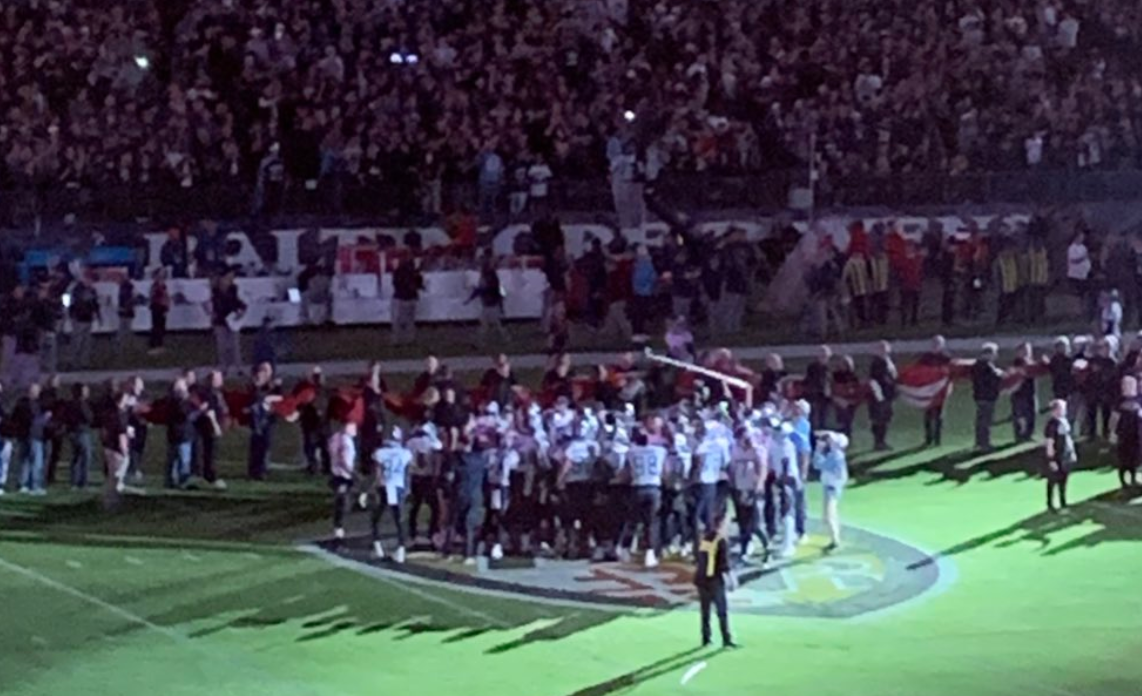 And then they spit in our team captain’s face for good measure.

Consequently, my rooting interest has been reduced to the lesser of two evils. And that’s the Chiefs.

This game is like a boxing match that features two divergent fighters. One is a grinder that rolls with the punches and tries to wear their foe down with body blows. The other has a knockout punch that can strike like a cobra.

Both teams are hot and if we strip out the emotion, it should be a fun game to watch. The cobra of course in the metaphor, is the Kansas City Chiefs. The plan will be to attack quickly, to jump out to an early lead and then force the effective game manager Ryan Tannehill, to beat the Chiefs vulnerable defense.

Will the plan work?

The Chiefs hope to go their first Super Bowl in 50 years, (Let that sink in Ravens fans) while the Titans seek their second Super Bowl berth and first since in 20 seasons. Kansas City opened as a 10-point favorite but the line is down to 7. Lay the points. The Chiefs will cover the line and pack their bags for South Florida. 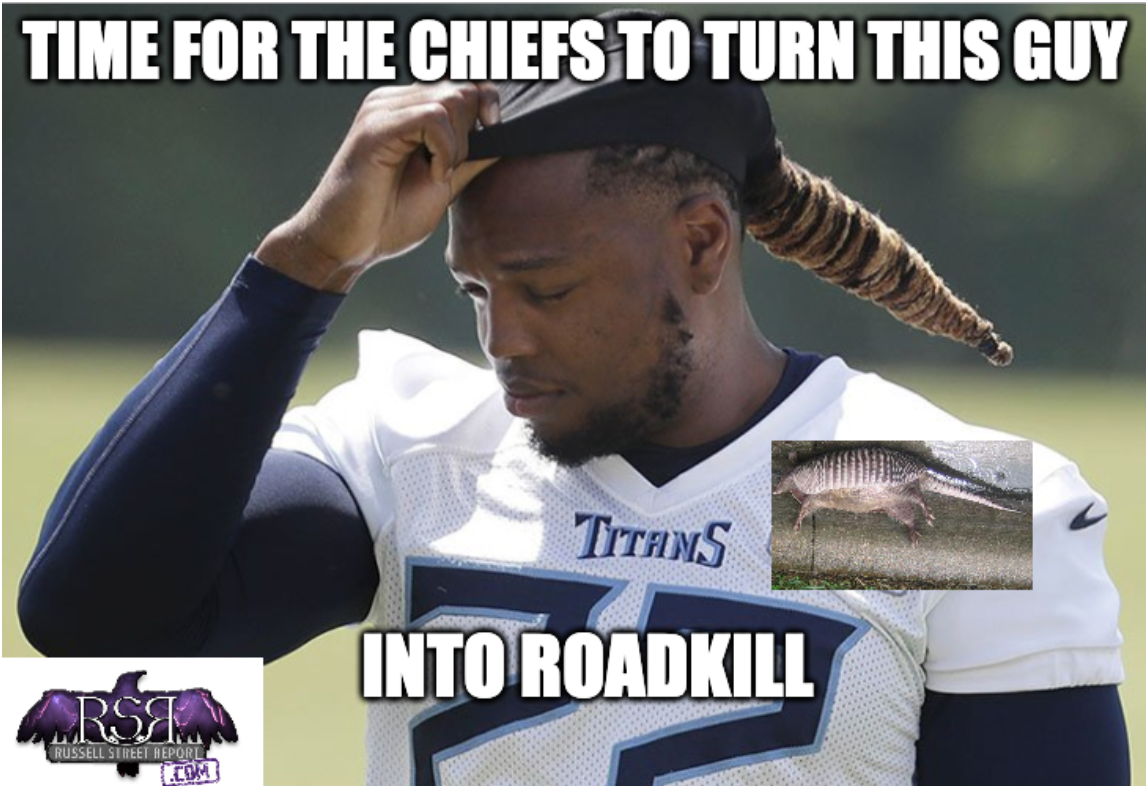 Now to the city by the bay…

This postseason square-off reminds me of NFC foes, reminds me of a playoff battle in 2013 between the Ravens and the Denver Broncos. During Week 15 of the 2012 season, Peyton Manning and his ponies, skull-dragged the Ravens at The Bank by the score of 34-17 – and it wasn’t even THAT close. A few weeks later, the teams went at it again in the Divisional Game at Mile High and the Ravens, 9-point underdogs, upset the Broncos in double overtime, 38-35.

Similarly, in this NFC matchup, the Packers were blown out in San Francisco during Week 12 by the score of 37-8 and they’ll enter this contest as 7 ½ point dogs. The 49ers are arguably the most balanced of the final four teams and they can beat you in any number of ways. But like the aforementioned epic battle between the Ravens and the wild horses, this one will be much closer.

In the end, the home team will prevail and the 49ers in two weeks, will pull even with the Steelers and Patriots with six Lombardi Trophies. More on that later. Until then, Aaron Rodgers homecoming in the Bay Area once again, will not feature a happen ending.

This year’s NFL championship games are sort of like Christmas … when you hit age 40.

But let’s get to it.

The Titans’ impressive run will come to an end this week. I know we’ve been saying that for three weeks, but this time, it’s really going to happen at Arrowhead. The Chiefs were one play away from reaching the Super Bowl last year before linebacker Dee Ford was penalized for lining up in the neutral zone. New England took advantage and eventually won in overtime. (Incidentally, Ford is now playing for San Francisco and might make the same boneheaded mistake in the second game.) This time, quarterback Patrick Mahomes will have to put the Chiefs on his back because Titans running back Derrick Henry is going to run all over that defense. The Titans also wont have the same welcoming weather as they did in Baltimore last week. Kansas City gets over the hump. Chiefs fans claim world domination.

The Packers hold a special place in my heart because I spent the first year of my journalism career in Southwest Wisconsin, where I bonded with the locals over Packers games (the Ravens were still the Browns in Cleveland, and the relocation was the main reason I came home to Baltimore). The 49ers and Packers also met in the 1997 NFC championship game where Green Bay prevailed 23-10 on the road. I’ll take Aaron Rodgers over Jimmy Garoppolo, but the 49ers defense is fully healthy and completely shut down the Vikings last week. The Packers defense will also have to make plays and be a difference maker. The Cheeseheads are built for the upset.

This game should be in Baltimore. Now, in KC, I think the Titans’ incredible playoff run comes to an end. To beat New England, Baltimore and Kansas City on the way to Miami would be an all-time great Cinderella story that I don’t see Tennessee writing. Expect a close game for a half, but the Chiefs will run away late.

This is a rematch of a blowout Niners win earlier this year, but I think this matchup will be far closer. The Packers are a strong playoff team who should have the defense to slow San Francisco to a certain extent. At the same time, I’m not sure they have enough on offense to overcome the 49ers’ dominant front.

The Titans are jerks. Mahomes & Co. are gonna hang another 50 burger on Dean Pees as a gift in exchange for giving them another home AFC Championship game, and I’m here for it because I’m petty like that. KC will want to get out to an early lead, but after falling behind 24-0 last week and still winning in a blowout, they won’t be deterred if they get behind (hear that, Ravens?) and will stick with what they do best. No matter…they won’t get behind.

Unfortunately, I don’t think this one will be close, but I’m looking forward to that 49ers defense vs. Andy & Pat in Miami.