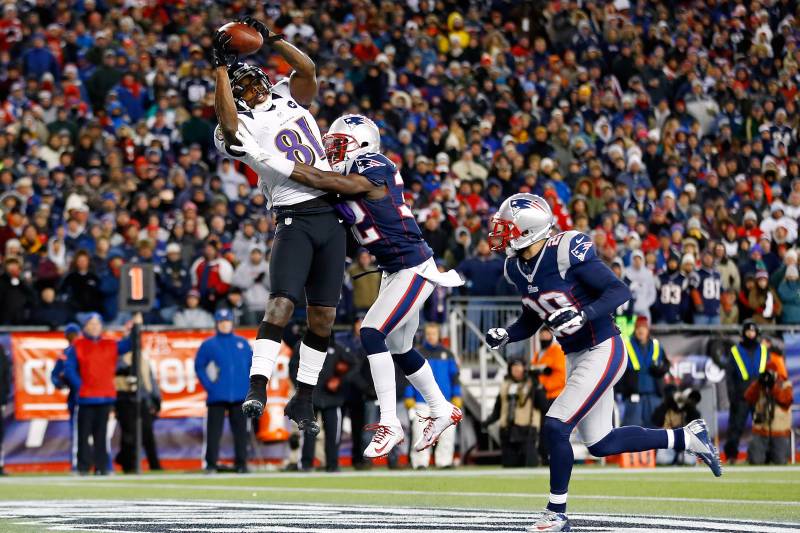 Keeping The Faith on Championship Sunday

Today was supposed to be different. It’s Championship Sunday and Baltimore was set to host its first AFC Championship Game since 1971. Arguably the game is the biggest single-day sporting event that a US city can host outside of the Super Bowl and that’s something Charm City will never do.

But it wasn’t meant to be. The Tennessee Titans made sure of it.

I’ve heard from many around town who just can’t wrap their minds around this Championship Sunday. It just hurts too much – so much so that a buddy of mine, a diehard Ravens and season ticket holder said to me this week, “Football is dead to me”.

I feel his pain, but I’ll be watching the games nonetheless.

There have been seasons in the past when the Ravens were among the postseason participants and were knocked out before Championship Sunday. Yet we watched the conference championships anyway, relatively painlessly, with reset expectations for the following season. This year is different.

A couple of weeks ago, I was engaged in a “what if” conversation.

What if the Ravens don’t win?

The concern centered upon the lofty expectations that developed in December after the team clinched the AFC North, then secured a bye and then snatched the AFC’s No. 1 seed in the playoffs.

It was a foregone conclusion that Lamar Jackson would be named the league’s MVP. Twelve Ravens were named to the Pro Bowl team. John Harbaugh was in the discussion for Coach of the Year and GM Eric DeCosta was one of the favorites for Executive of the Year. And let’s not forget that 12-game winning streak, kept alive by a win over the Ravens archrivals who desparately needed a win to keep their fading playoff hopes alive. And they did it – they beat the Pittsburgh Steelers with many reserve players and without several of the Pro Bowlers, including Lamar.

Fans made travel arrangements to South Florida in preparation for Super Bowl 54. Ravens pop up stores couldn’t keep product in stock. Wherever you looked in the metro area, it was a sea of purple. Citizens of all walks proudly rocked their Ravens gear. We were ready for this epic day – Championship Sunday, the stepping stone for Baltimore’s fourth Super Bowl title, the third for the Ravens in just 24 seasons.

Many looked past the Titans and few expected a Titans win. But it didn’t take long to realize, as the Divisional Game against Tennessee unfolded, that the 12-game win streak was in jeopardy. These Ravens looked nothing like the team that in many ways went on hiatus following their win in Cleveland back on December 22.

So here we are, expectations blown to smithereens and the collateral damage is all around us. It’s everywhere, particularly upon the faces of fans who expected so much more. No mini-vacations to Florida; no celebrations; no unmitigated joy showering down upon the streets of Fed Hill, Canton or Fells Point. Instead these are relatively abandoned. They are the boulevards of broken dreams.

As a fan, I’ve felt this emptiness twice while following the Ravens. The first time was back on January 13, 2007 when the Ravens hosted the Indianapolis Colts. That 2006 season featured perhaps the best Ravens team ever. They had a week off and laid a big egg, managing just 6 points against the Colts 23rd-ranked defense.

Then there was the 2011 AFCC Game, that featured a near game-winning TD pass from Joe Flacco to Lee Evans followed by a shanked field goal that sent the Patriots to Super Bowl 46.

Following that crushing defeat, Ray Lewis gathered his team together and delivered an inspiring speech – one so riveting and heartfelt that in many ways, it marked the beginning of the 2012 season. Ray’s words (video below) turned the shocking bitterness of that 23-20 loss into a rallying cry that inspired greater achievement in 2012, ending with a Super Bowl 47 win.

Perhaps the despair felt by the 2019 Ravens will propel the 2020 Ravens. Maybe it will drive them with steely-eyed conviction to finish the job next time and not show up flat and out of sorts like they did last Saturday. And just maybe the results will be different.

We hope that the players will be driven by the loss. We expect them to.

As fans, maybe we should do the same.