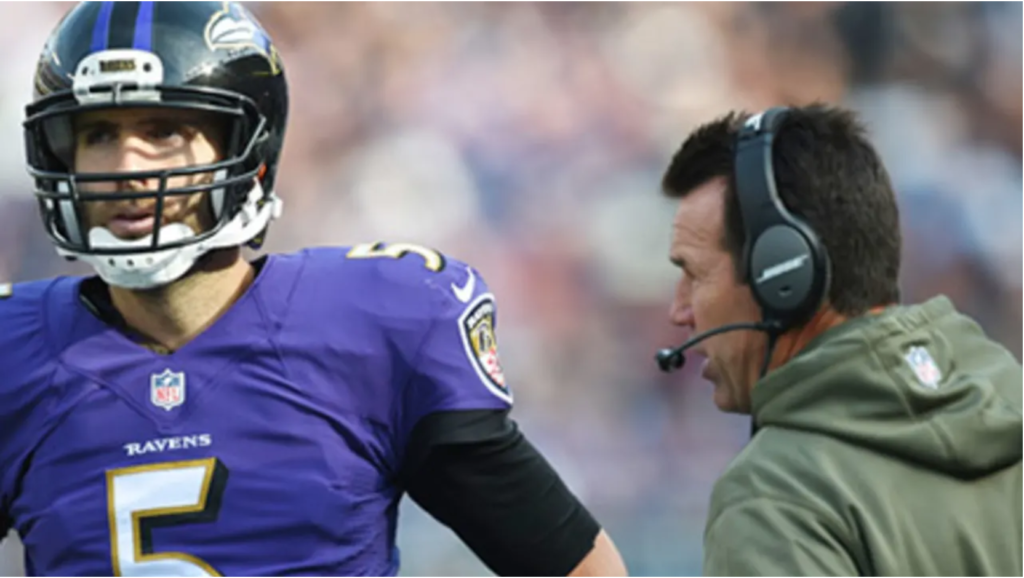 What’s Next For Joe Flacco?

When the Ravens traded Joe Flacco to Denver last year in exchange for a fourth round draft pick, there was something else that went with the Super Bowl 47 MVP – the balance of his contract. The Broncos would assume the final year of Flacco’s 3-year extension he signed in 2016. None of the money was guaranteed and the Broncos could walk away from Flacco with no cap ramifications after the 2019 season.

But Broncos President of Football Operations, John Elway had a better idea – or so he thought.

To create $13.6M in cap space the Broncos converted $17M of Flacco’s salary into a signing bonus and amortized it over 3 years. So now if the Broncos want to part ways with Joe, they’ll have to absorb $13.6M in dead money in 2020. And given Flacco’s performance in 2019 and the late season emergence of second-round pick Drew Lock, that is more than likely the route the Broncos will take. 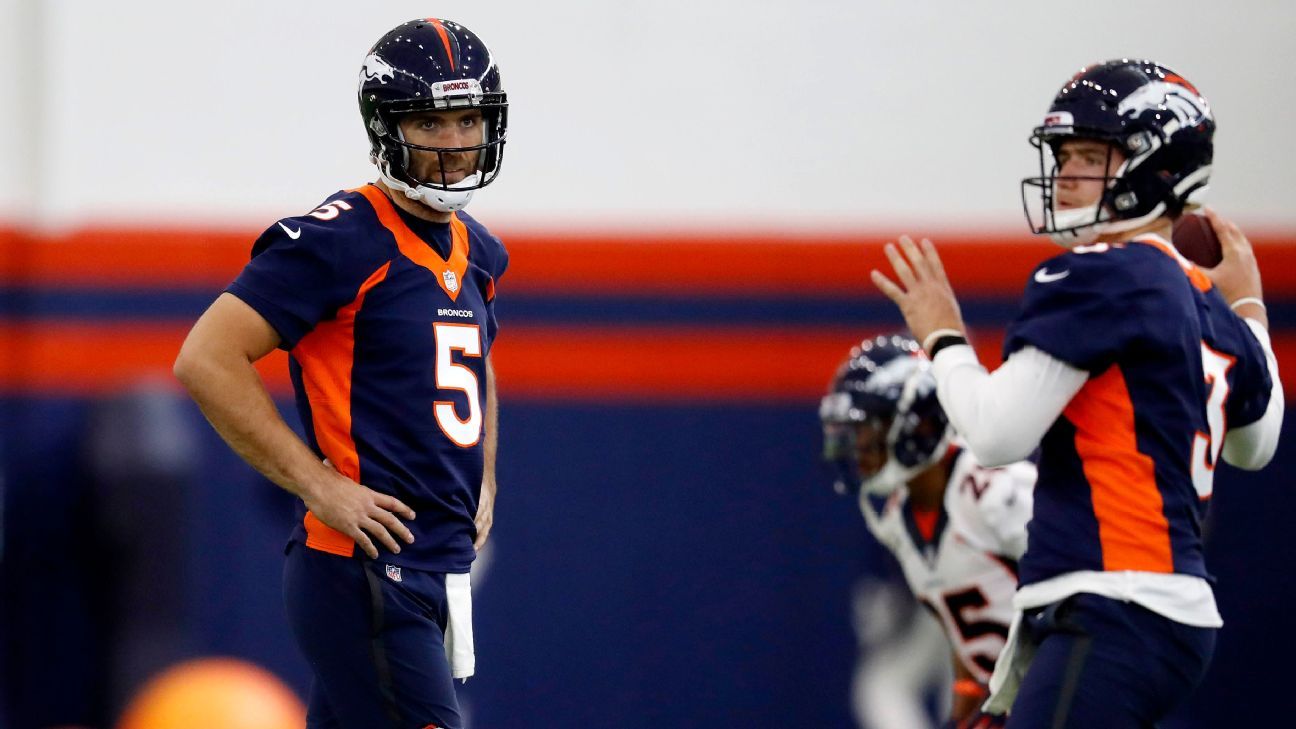 Many wonder if Flacco will walk away from the game or hook on as a backup someplace where he could take over as a possible starter this year or next. But Flacco has openly expressed how painful it was to sit on the bench in 2018 behind Lamar Jackson. He’s not exactly the type to offer constructive support while carrying a Microsoft Surface Pro 4 tablet as an understudy to a starter. Plus, he’s often been questioned about his passion for the game. And most importantly, does he want to or need to to play? After all, he’s made $166.3M in his career.

For the moment, let’s say that Joe does want to play and if the Broncos do cut him loose, the question then becomes, “Where?” Where could Joe play and fit in?

Well Thursday, on the tail end of Vikings losing offensive coordinator Kevin Stefanski to the Cleveland Browns when they named him their new head coach, Minnesota promoted assistant head coach Gary Kubiak to the OC position.

Here in Baltimore, we all remember vividly the productive working relationship Joe shared with Kubiak in 2014. Plus, it has forever been understood that when Joe is accompanied by a solid offensive line, a solid running game, top 10 defense and decent weapons in the passing game, he can be a formidable quarterback who can push a team into and through the postseason.

In 2019, Football Outsiders ranked the Vikings O-Line as the 7th best run blocking unit and 14th in pass protection. Minnesota had the 6th ranked rushing attack, their defense came in as the 7th ranked unit in terms of DVOA and the Vikings field a trio of pass receivers that match up well with Joe’s strengths in the forms of TE Kyle Rudolph and wide outs Stefon Diggs and Adam Thielen.

And here’s another important part of the equation – incumbent Kirk Cousins has one year left on his 3-year, fully guaranteed $84M contract. Might Flacco look good on deck in a new shade of purple, in the event of injury or as a one-year bridge in 2021 to a new franchise QB in Minnesota?

Of course, Flacco would have to want it and be willing to accept a 2-year backup deal with incentives. Imagine Joe leading the Vikings to the Super Bowl and delivering that franchise’s first Lombardi. And if that happened, might it make Joe, Hall of Fame worthy?

Eli Manning recently announced his retirement from the NFL, one during which he earned $232,490,000. And now that Manning has gone public with his intentions, talking heads are reflecting upon his career and opining upon his place in league history. Many believe that Eli is a first-ballot Hall of Famer. But such a conclusion is heavily dependent upon Manning’s two Super Bowl appearances when he twice defeated the New England Patriots on his way to two Super Bowl MVP awards.

That said, his body of work doesn’t suggest a player who dominated the position during his era. In fact, statistically his career reads like that of an above average player, not a top-of-the-line signal caller.

During the years that their respective careers paralleled, Manning and Flacco were often compared to each other. They were viewed as good, not great quarterbacks, who had the ability to rise to the occasion. Here’s a look at some key career statistical components side-by-side: 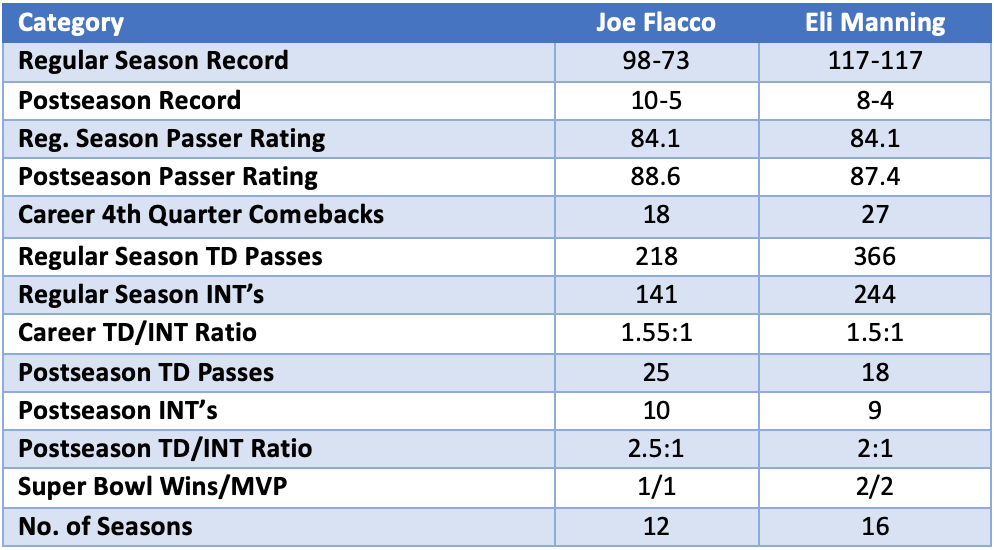 Think back to the 2012 AFFC game in New England when Lee Evans was stripped of the probably game winning TD in the end zone on the tail end of an excellent back shoulder throw from Joe. If Evans secures the catch, the Ravens would have faced off against the Giants in the Super Bowl. It isn’t a stretch to envision the Ravens winning that game.

It also isn’t hard to make the case that if Eli is a Hall of Famer, then Joe is too. What if the two had squared off in Super Bowl 46 and the Ravens had won? What if Joe does go to Minnesota and delivers their first ever World Championship? Does Eli then fall out of Canton consideration and Joe into it?

Can one win elevate a player from above average to an all-time great?

Hyperbole and revisionist history aside, neither QB is deserving of a bust in Canton. But we already know how this will end for Eli. Whether it’s on the first ballot or not, eventually the voters will become intoxicated by the sentimental journey and they won’t be able to resist pairing the Brothers Manning in the Pro Football Hall of Fame.

The NFL really loves a storybook ending, even if it is fiction.

What best describes your thoughts on Joe Flacco and/or Eli Manning being inducted to the Pro Football Hall of Fame?