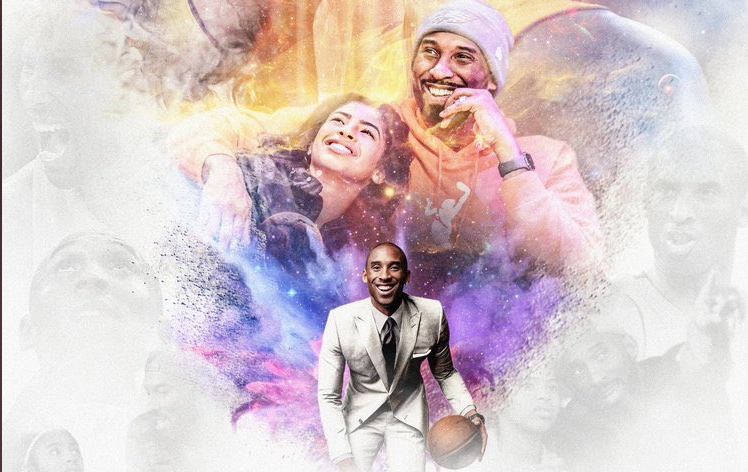 Kobe Tweets: A Collection of Thoughts Shared on Twitter

The world is still reeling from the loss of Kobe Bryant. When someone so big in so many ways, is suddenly gone, it leaves a gaping hole – a void so big, a loss so monumental that it tugs at us all.
We try to rationalize such a tragedy. We wonder why it happened. That’s human nature. It’s part of the healing process.

Since his unimaginable passing, many have expressed their thoughts, love and how Kobe influenced and impacted their lives. The outpouring of emotion touches your heart, kisses your soul. It leaves you wondering why we don’t spend time sharing such wonderfully heart-warming sentimentality more regularly. Maybe that’s just how we’re wired – to think good things can last forever when common sense tells you they can’t or won’t; to not fully appreciate something until it’s gone.

We learn lessons in death – lessons about ourselves and each other. Unfortunately, those lessons are fleeting and they are cast aside when life gets in the way – until heartbreaking loss happens again.

For the moment, Kobe’s loss has left many in a reflective state. I’ve taken some time to scroll through Twitter and collect some of the most thoughtful tweets about Kobe. I hope they soothe your soul, ease your mind or ignite a part of you that needs to be awoken. Perhaps all of the above.

Here’s hoping that these touch stones connect with you in a way that helps to make your world a better place. Godspeed…

Tweeting this so it can forever be pinned. 🎯pic.twitter.com/Ie04YiVyWB

I’ve had a heavy heart since we were about to walk on the field yesterday for the game. I want to give flowers to all those I admire and appreciate while they still standing. This a tough one, can’t stop praying for these families. 😢💔

There’s a rumor going around LA that @kobebryant would consider returning to the @Lakers just to play one season with @KingJames @richeisen bounced it off him.

A month ago in Newport Beach, #KobeBryant witnessed a major accident and stayed to comfort victims and redirect traffic until help arrived…

As I knew she would, @elleduncanESPN brought a much-needed perspective to the death of #KobeBryant. Proud of you, Sis! pic.twitter.com/VfbuAgg6AN #Kobe

ICYMI: Here is the phone call @JTTheBrick was referring to that he had with his son last night. The very first time that JT’s son ever called a sports talk show, and it was to honor his favorite player, Kobe Bryant. #RIPKobeBryant pic.twitter.com/qCWce411YR

WATCH: The Empire State Building was lit up in Lakers purple and gold on Monday night in honor of Kobe Bryant: https://t.co/Lsy3YL8hJo pic.twitter.com/KL5l3hB08o

And credits to the person who made this it truly hits your heart pic.twitter.com/LoB77XBFBq

#KobeBraynt You will be remembered as one of the greatest athlete ever lived and your will continue to inspire generations to come. RIP pic.twitter.com/13nnLlNHX3

We all die. The goal isn’t to live forever, the goal is to create something that will.#KobeBraynt pic.twitter.com/cMTlZGHDci

Besides being one of the world’s all-time great basketball players, Kobe was also a filmmaker. Back in 2017 he created an autobiographical film called “Dear Basketball” which won the award for best animated short-film at the 2018 Academy Awards.