— Not applicable. That feels good to say for once this season…

An undefeated Conference Championship round was just what the doctor ordered. The only portion of the games I missed was the over/under of the 49ers game. I had Green Bay not being able to do much offensively, but they ended up with 20 points, which pushed the game over the total.

Here are how the numbers break down and the ATS rankings of the Chiefs and 49ers: 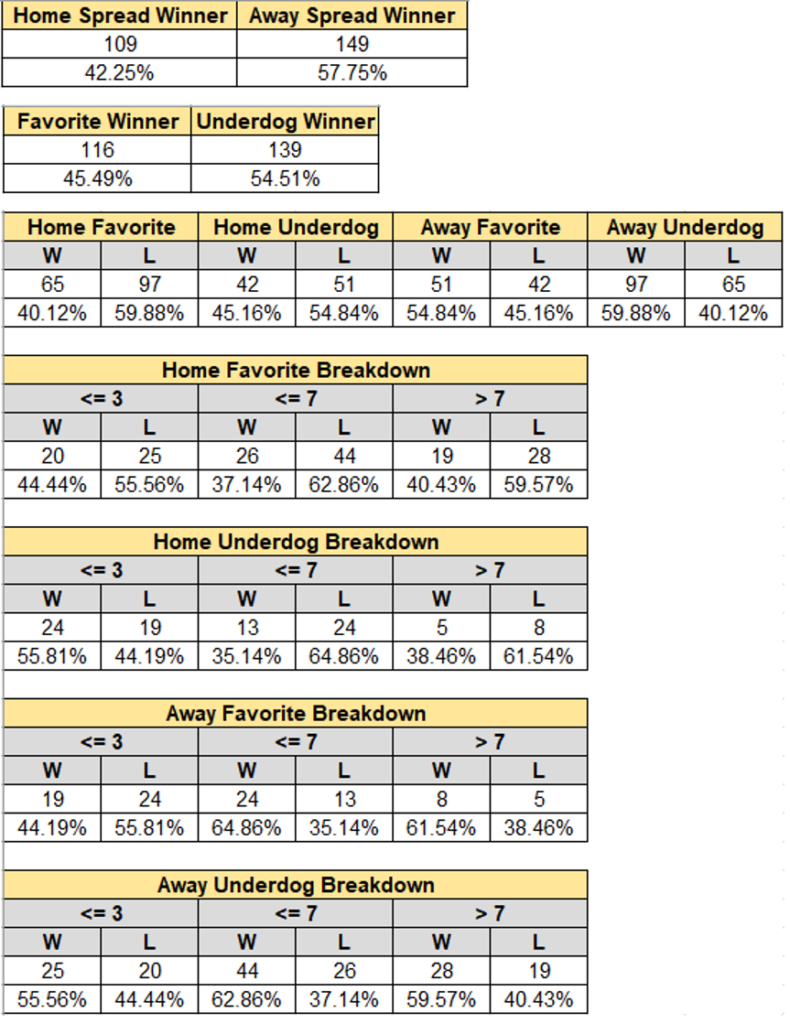 Here are my Super Bowl and Prop picks…

Kansas City’s journey to this Super Bowl reminds me so much of the 2011 and 2012 Ravens’ seasons. Had it not been for a terrible offsides against Dee Ford in the 2018 playoffs, the Chiefs would be in their second straight Super Bowl this season. That type of miscue against the Patriots is awfully similar to Lee Evans/Billy Cundiff, isn’t it? The Ravens used that heartbreak to go out and win the Super Bowl the next season.

Kansas City has that same opportunity against the same opponent. The symmetry is crazy.

This game is simple to dissect. Kansas City needs to stop San Francisco’s running game and San Francisco needs to slow down Patrick Mahomes. Whichever team does a better job at their respective task, will win Super Bowl 54.

The reason I’m backing the Chiefs hard in this game is because there are two ways they can slow down the 49ers rushing offense. First would be by simply playing great defense up-front and that starts with Chris Jones. He seems to be healthy and will be a major factor in this game. The second, and in my opinion most likely, way the Chiefs will slow down the 49ers offense is by scoring points. Sounds simple right? The best way to eliminate Raheem Mostert and co. is to force San Francisco to beat you through the air. They were able to do that against the Saints late in the season, but I see that as an outlier.

Kansas City’s offense is a juggernaut. The sentiment that “you can’t stop them; you can only hope to contain them” is true against this team. San Francisco won’t be able to contain them.

I like the Chiefs to cover and the over to hit:

Here are some points to consider when betting this game:

— The over has hit in their last 3 games. 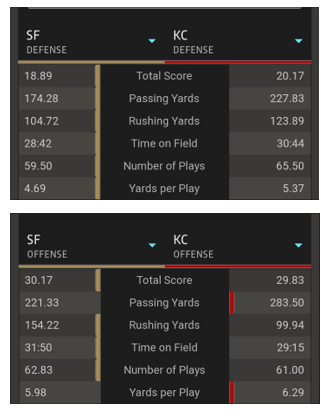 Now, my favorite part of the Super Bowl are the prop bets. I mean, why else would I care what color the Gatorade would be that gets poured on the coach at the end of the game? Below are some of my favorites and what the current odds are on DraftKings or Bovada:

Okay, tough one here. Do teams have Gatorade colors that match their team colors or ones that taste good? If you tell me red Gatorade tastes good, you’re lying to both of us. I’m going to lean Clear/Water or the best flavor, blue. Each will give you a nice payout.

You can pretty much place a bet on any player you want to score a touchdown, but I find the most value in Kittle. I believe the 49ers will be playing from behind so Jimmy Garoppolo will be throwing the ball a ton. That makes this play an easy one for me for one of Jimmy G’s favorite targets to get in the end zone.

How many times will they mention Katie Sowers being the first female coach in the Super Bowl?

I can’t see them not mentioning this because it is a big story. Take the Over.

I think we’ve heard the officials loud and clear this season. The play stands as called.

Will Andy Reid eat a cheeseburger before the end of the Super Bowl broadcast?

Please someone make this happen.

Will the game be tied again after 0-0?

I like this one and I lean No. I think the Chiefs will start hot and get a nice lead out of the gate.

The Super Bowl is a major spectacle, but it also represents the end. The end of the football season and the end of real betting season for me. I hope you all enjoyed this piece each week as much as I enjoy writing it.

Good luck this week in whatever bets you place. Hopefully we’re talking about the Ravens in this game next season!