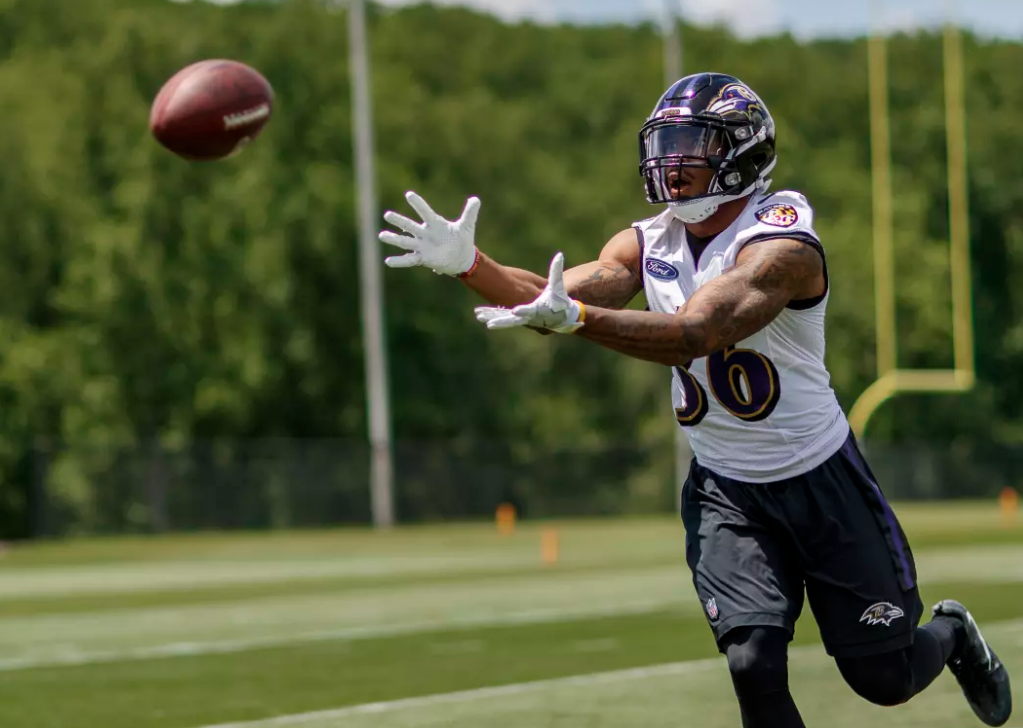 On Monday, the Ravens announced a three-year contract extension for safety Chuck Clark. RSR staff react to the news here.

Speculating: The reported $19M could be the total if there are incentives included. The $15-16M would then be the base deal. $15.3M is likely the new money added, while the $16M includes his scheduled 2020 salary under old deal (he just missed the PPE). https://t.co/PO5xuX9TWv

This has been talked about as a possibility and I’m glad to see it happen. I haven’t seen the numbers but I’m sure it’s reasonable. Clark has done an excellent job taking over as the signal caller for the defense. I’m sure the contract is cheaper than Tony Jefferson’s and he also outplayed Jefferson in his limited time as a full time starter. In just one year as the GM Eric DeCosta has been very aggressive locking up talent early on before players hit free agency. I expect that trend to continue.

With Clark’s extension, the first things that popped into my head were:

— An average of $6.3M Per year? Heck Yeah! But wait. Isn’t that almost the amount they’d be saving by cutting Tony Jefferson? Is Jefferson gone for sure or is B-More just going to have a stacked-to-death secondary?

— How much does that cut into what the team can potentially pay Matt Judon?

Overall, I am impressed with EDC and his ability to reward good performers and keep them on the team for the next run. I like Chuck Clark and his intelligence on the back end. With Tavon Young coming back and “The Brain” secured, Baltimore is in great shape in the secondary, rolling into 2020.

Stop me if you’ve heard this before…Eric Decosta gets a steal of a deal! Seriously, this man is quickly becoming a GM wizard, especially with his contract values. The deal looks like a three-year $19M deal, but we don’t know the structure yet.

However, after Marcus Peters’ contract construction I have no reason to doubt that it’s well done. Clark provided much needed stability at the S position with Earl Thomas. He brought a sense of leadership and was often seen moving guys around pre-snap and making calls, which is one of the most underrated aspects of a defensive unit.

Continuity in the secondary is going to be strong with the starters looking like Clark and Thomas at S and Peters, Humphrey and Young at CB. Getting this done before the FA period is just a bonus.

Chuck Clark came up huge when Tony Jefferson went down with the season-ending knee injury and will keep the starting job. Clark is a solid leader who will have more responsibility next season. This likely marks the end of the Tony Jefferson era in Baltimore.

Another proactive move by DeCosta. Safeties generally strike it big on the open market so this was a smart move. Clark and Marcus Peters were the biggest factors for the defensive turnaround. Peters also got his deal. I anticipate Humphrey is next to keep the secondary intact.

Not gonna lie, I’m pretty proud to have brought this up in an article. This was a savvy move by DeCosta because Clark was a critical player to the defense’s turnaround last year. Now, the team can focus its attention on some other things, like what to do with Matt Judon. While it is a sad day in that Jefferson will certainly be gone, Clark was better as a quiet leader-by-example. The question for me is whether or not this would prevent the Ravens from drafting Grant Delpit if he were to fall in April. My gut tells me it wouldn’t, because at worst, Baltimore has locked up a more versatile version of Anthony Levine. Great extension!