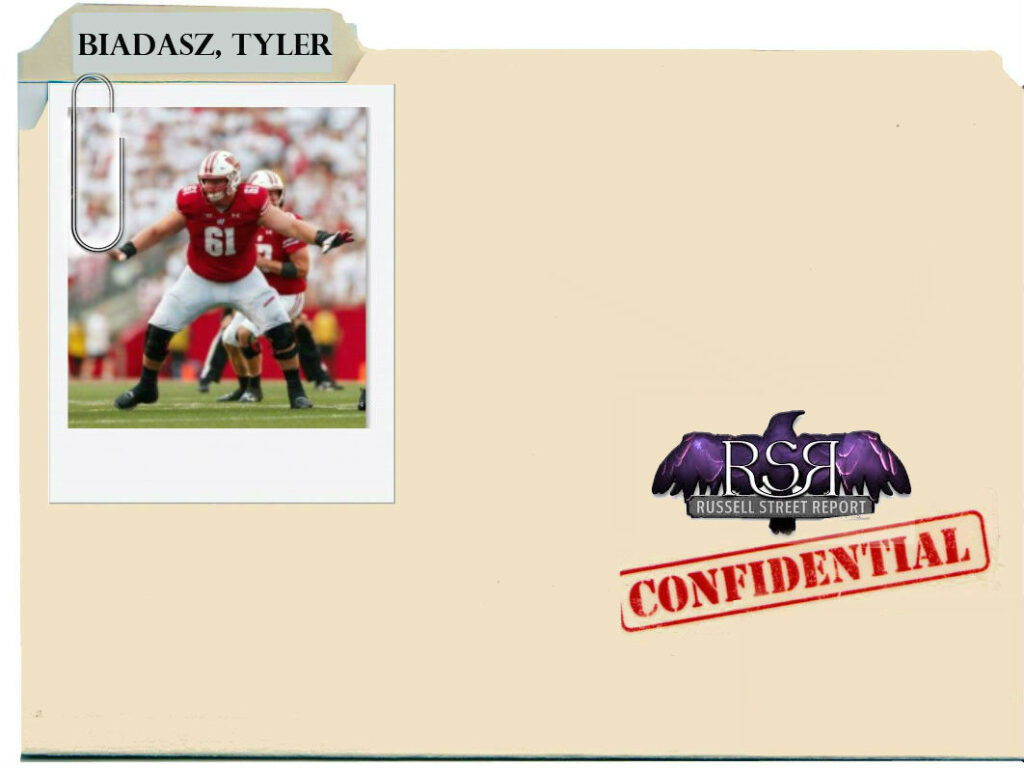 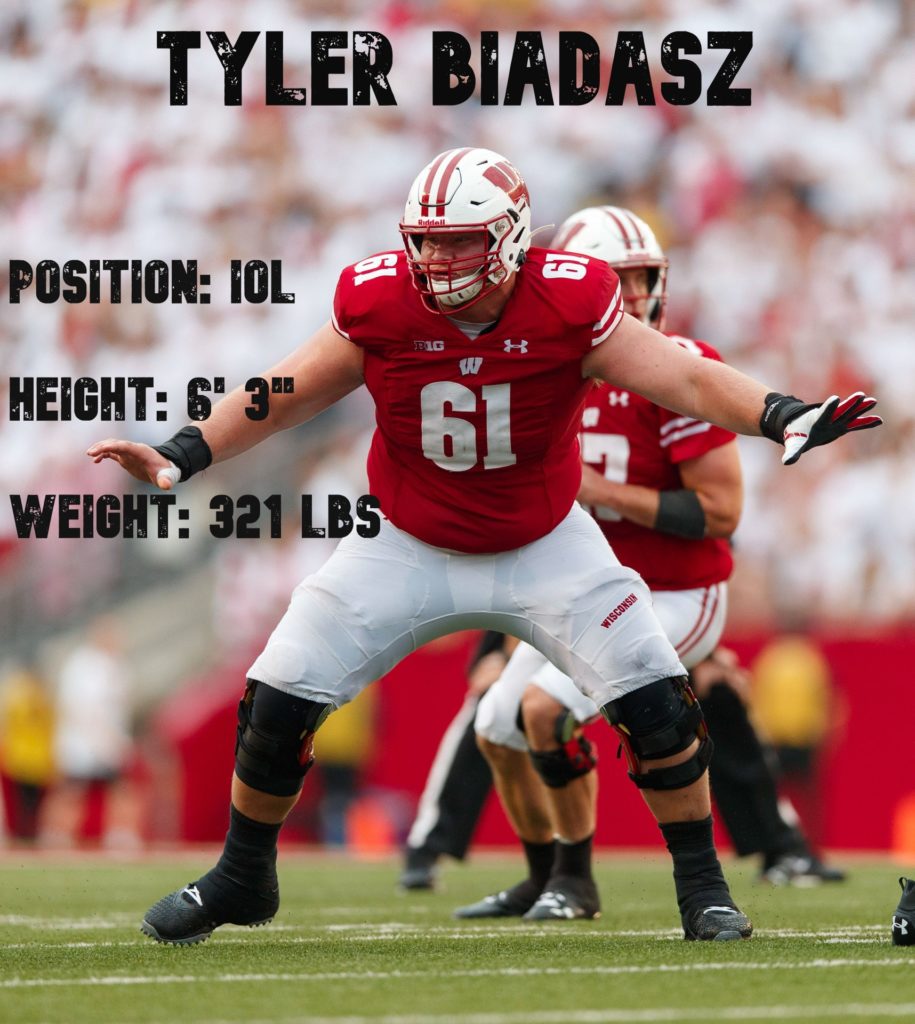 Tyler Biadasz is a three-year starting Center at the University of Wisconsin, amassing 41 starts out of 41 possible games. After redshirting his freshman season in 2016, he went on to win the starting job in his RS FR season and never looked back. In 2019, Biadasz won the Rimington Trophy (awarded to the best C in College Football), was a finalist for the Outland Trophy (awarded to the best OL in College Football), and was a unanimous first-team All-American.

One of Biadasz’s best traits that immediately pops on tape is his awareness from play-to-play. When he gets out in space, he shows discipline, vision, and a high understanding of the play call as he works his way to the correct body position against the defender to open a running lane. He also does well in combination blocks as he communicates well through the double team. His natural strength is very evident when he’s able to pair it with the correct technique. When he does get his hands on an opposing player, you see a strong drive block in the run game and you don’t see defenders coming off of him in the pass game, which speaks to his grip strength. Added intangibles include his durability (41 of 41 possible starts) and coming from Wisconsin, which has been a factory of strong OL talent in recent years.

His power is obvious on tape, but his technique doesn’t always allow him to utilize it. A short reach leading to poor hand placement and a lack of bend in his lower body to drop his anchor make it difficult for him to use his power consistently. As a result of these issues, he shows very poor balance, which resulted in snaps where he ended up on the ground. He also had plays where he led with his shoulder instead of his hands, which can contribute to balance issues. He isn’t the most mobile player in space and relies on his IQ to take correct angles to execute his block. Despite not missing any games, he did have offseason hip surgery before the 2019 season, which could explain some of his bend issues.

The biggest question here is if the Ravens need another C prospect. Matt Skura’s recovery may take time, Bradley Bozeman is a C who was asked to play LG, and Patrick Mekari‘s presence all contribute to a confusing logjam at the C position.

That said, based on scheme fit, Biadasz has the football IQ to thrive in the Ravens’ multiple run game attack (mixture of zone and power). He won’t be asked to play in space very much (which has been a benefit to Skura), but he will be required to man up on some of the bigger interior guys of the AFC North, which plays to his strength. Despite having inconsistent tape from 2018 to 2019, he shows an incredible amount of potential, which really ups his value.

Eric Wood (BUF 2009 – 2017) – Similar body composition with the same challenges that caused Wood to have to work into a starting spot. I expect Biadasz to more pro-ready, but I could see some early struggles with the end result being worth the wait.

Round 3 – it’s been an interesting fall in value. Many considered Biadasz a 1st round lock had he declared last year after coming off a season of playing with Michael Deiter (2019 3rd rounder) and David Edwards (2019 5th rounder). He could be in play for the Ravens’ 2nd round pick, but based on his tape, his play doesn’t back up the name recognition that he garnered in his 2018 season.