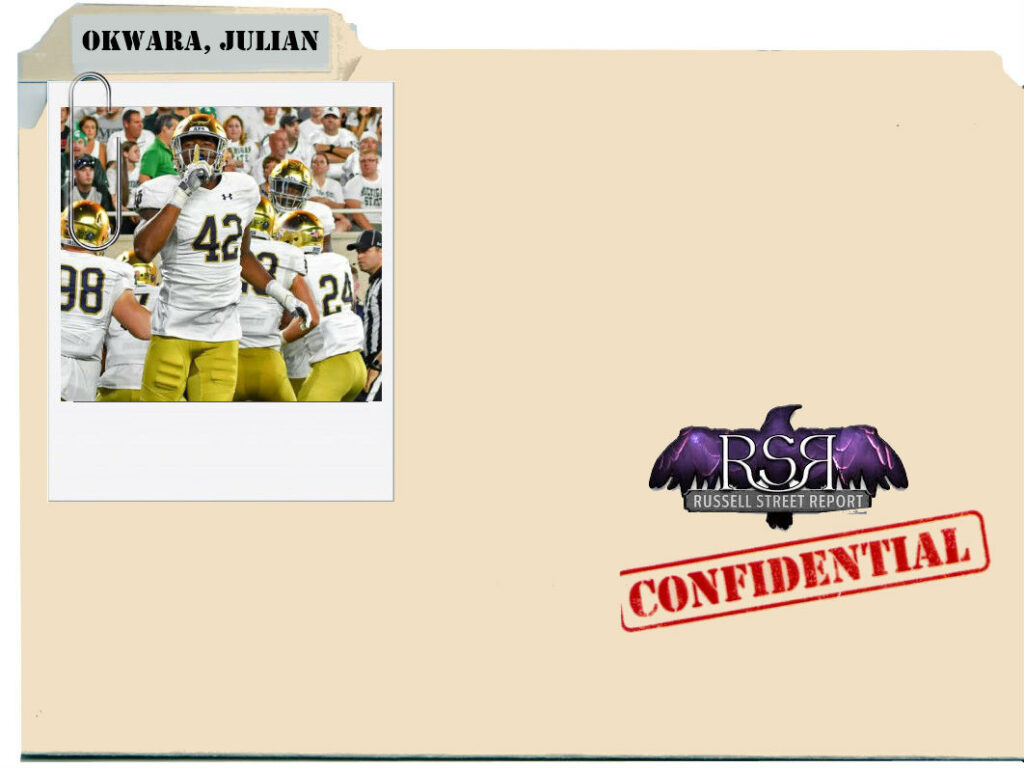 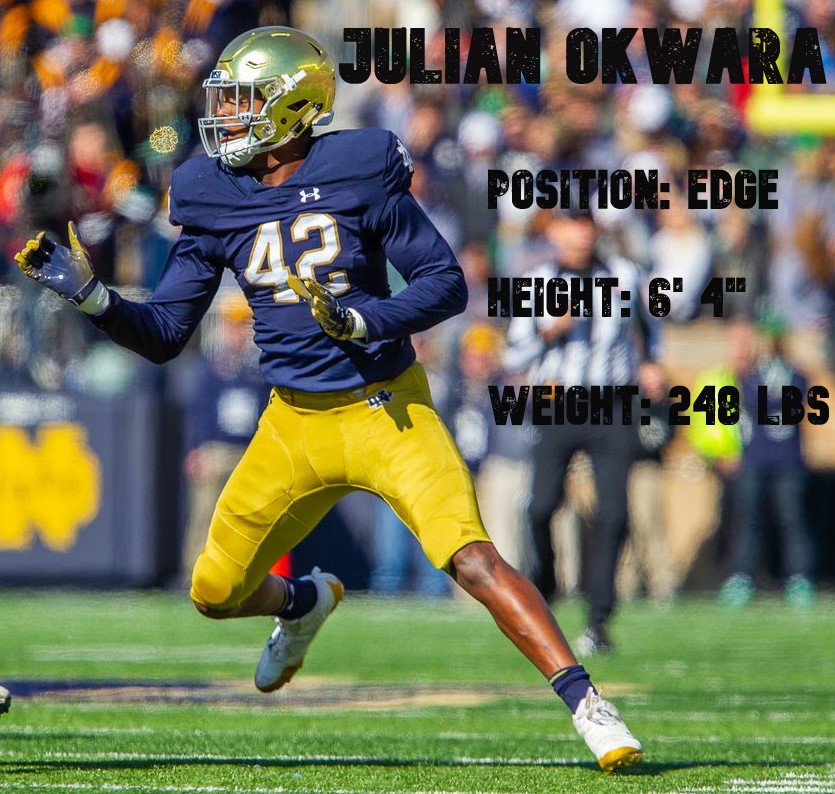 Julian Okwara is a 6’4”, 248 pound EDGE who was raised in Lekki, Nigeria and moved with his family to the United States in third grade. His brother, Romeo, also played football at Notre Dame and is currently a defensive end for the Detroit Lions. Okwara played 4-3 DE in college, but projects best as a standup 3-4 OLB in the NFL.

Okwara is an athletic and well-built pass rusher. He covers a lot of ground with his first steps and shows great bend on his way to the QB. His speed rush is his most effective weapon and should translate well to the next level. For a player weighing less than 250 pounds, Okwara does a nice job converting speed to power. He uses his hands well and should be able to improve in that area with NFL coaching.

Okwara has demonstrated the ability to drop into coverage and play in space.

Okwara needs to improve vastly against the run. He appears to struggle to quickly and correctly diagnose run plays. Okwara could afford to add weight to his frame to avoid being bullied at the point of attack. As a pass rusher, Okwara relies too much on his athleticism and needs to work on having a better plan. He also needs to add more counters to his arsenal. For a player who will start his career as a pass rush specialist, he had surprisingly low production at Notre Dame.

Worst Trait: Power at the point

Okwara would play 3-4 OLB for the Ravens. He needs added mass and NFL coaching to become a viable option in run stopping situations. Until he proves that he can be a three-down player at the next level, Okwara would be limited to a role as a pass rush specialist. In Baltimore, Okwara would be expected to join a rotation of OLBs that would also include Tyus Bowser, Jaylon Ferguson and any pass rushers that the Ravens add through free agency.

Like Okwara, Mingo was 6’4”, 245 pound 4-3 DE in college. Coming out of LSU, Mingo was known for his explosiveness and athleticism. Against the run, both players struggled to hold their ground and set the edge. Against the pass, both players rely on their athleticism and explosiveness to beat OTs. Like Mingo, Okwara’s best projects to the NFL as a weakside, standup OLB.

Taking Okwara with the 28th overall pick would, in my opinion, be a reach for the Ravens. But, if Okwara performs well at the NFL Combine, he’s unlikely to be available when the Ravens are expected to be on the clock again with the 60th overall pick.