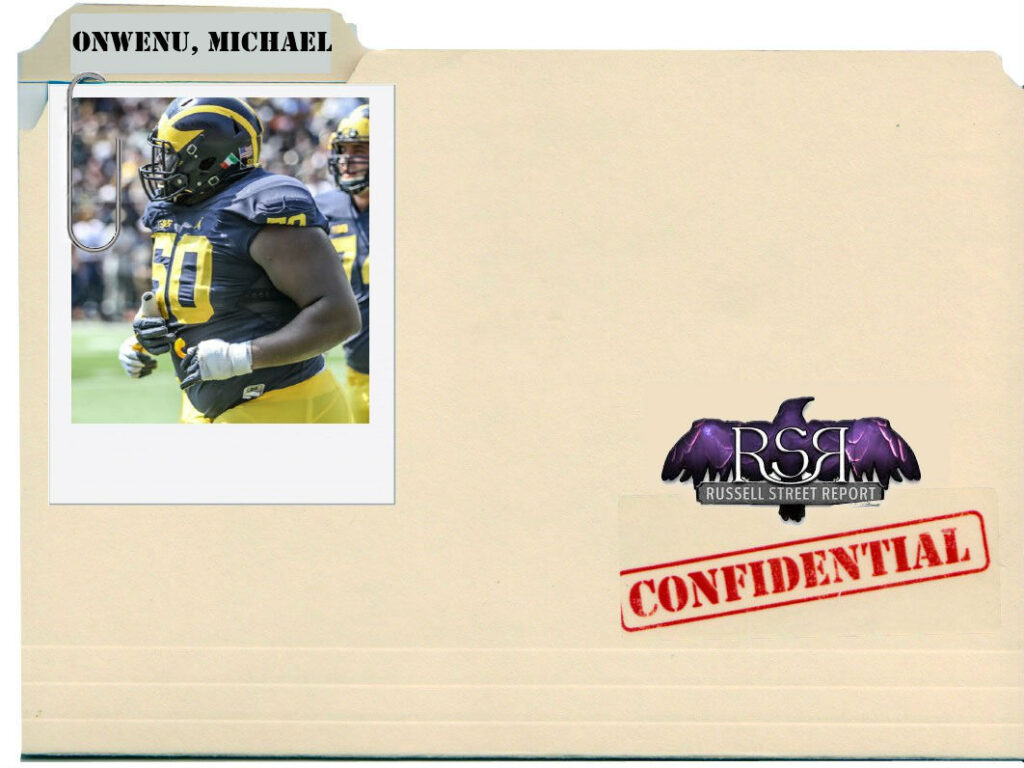 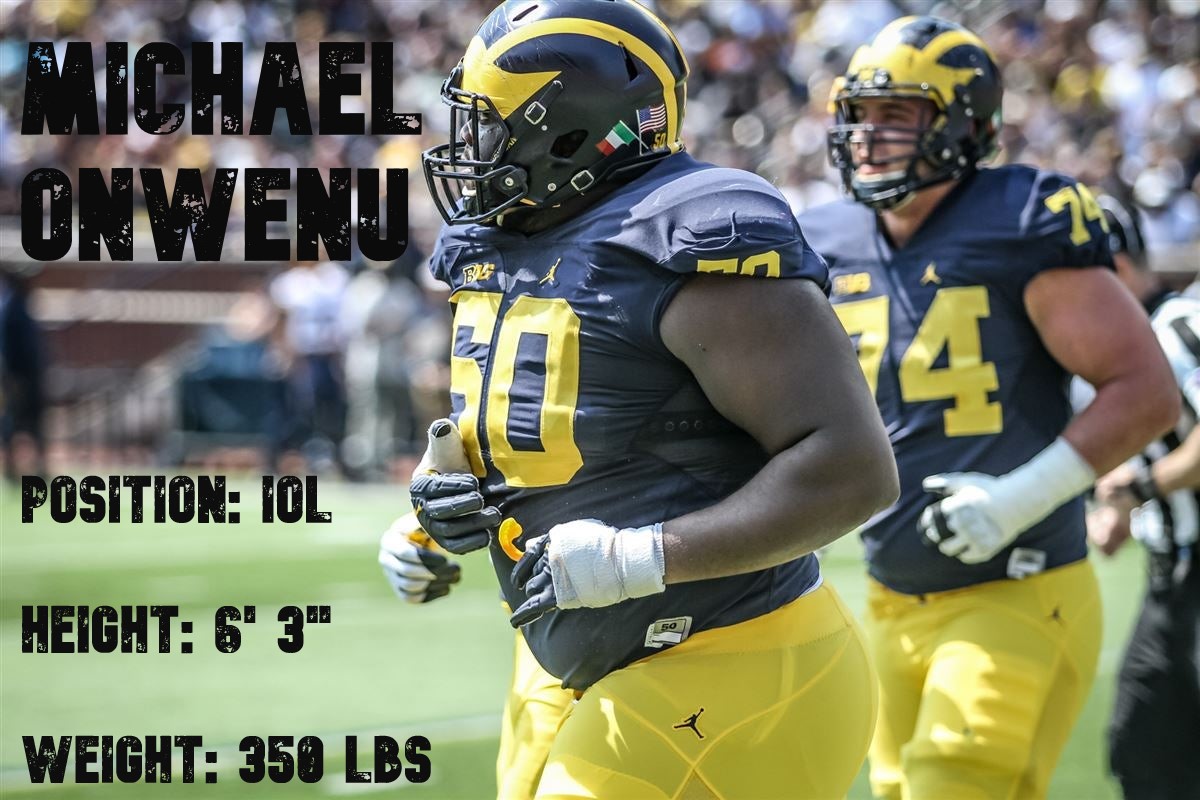 Michael Onwenu is a bouldering senior from the University of Michigan, by way of Cass Technical (Detroit, Michigan). Onwenu took over as a starter for the Wolverines in his sophomore season with eight starts at RG and one start at LG before starting all 26 of his JR and SR contests.

Onwenu possesses natural size and is a mammoth of a man at 6’3″ 350 pounds, which does translate to his strength. The most impressive thing is how well he carries the weight. For a man that large and wide, he moves fluidly, to the point where he was asked to pull on trap plays and take on the backside defensive end.

In pass protection, Onwenu mirrors well and shows some very nice technical abilities to work his post and kick steps combined with a strong punch on the defender. He also has a strong anchor, evidenced by bull rushes going virtually nowhere against him. In run blocking, you can run behind him and trust he’ll move his man off the line. It was reported he worked very hard in the offseason leading up to his senior year that led to some increased athleticism and that appeared on tape as he was more nimble than in 2018.

He may be fast for his size, but relative to other guard prospects, he just doesn’t have much foot speed. If he’s asked to pull out into space on powers, he struggles to man up L2 defenders. Technically speaking he’s sound, but his foot speed hurts him in using that technique effectively. For example, in pass protection he’ll operate with the right technique, but he’ll just get beat to his spot so that he can’t use his punch and ends up leaning and losing balance. His foot speed also affects him by making it difficult to sustain blocks. If he wins the rep at the point of attack, the defender will be able to work off of the block unless the ball is released quickly.

When asked to operate in space on zone plays, he struggles unless the defender is in line with his zone step. He didn’t have many positive combination blocks into L2 defenders when the C would take over the POA man.

Onwenu projects as a developmental player into a power based offense that uses a quick release west-coast system. That style would play into his strength by leaning towards his power rather than asking him to play in space or sustain blocks for a long period of time.

The Ravens’ use of zone – both standard zone and zone blocking – in the read option would create issues for Onwenu. As a developmental player, he has the technique that he could pair with increased athleticism if he was able to shed some of the weight, but that may also be fitting a square peg in a round hole. Overall, I’m not sure if a developmental interior player is what the Ravens need.

Quinton Spain – this is a tough comparison given there’s just not many players his weight at only 6’3. Spain is the closest in recent memory, but I think Onwenu plays with a meaner streak than Spain did.

As a developmental player, he has some unique traits that you just will not find elsewhere. It’s extremely possible that a team could put him in the right scheme (power-based WCO) and develop him into a player, but you’ll need that time and patience with him.