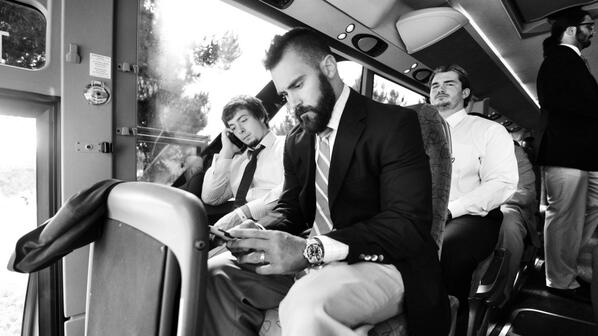 He’s not all that big. He wasn’t all that powerful, particularly by NFL standards. He was never all that fast nor did he have a unique physical gift that might WOW you. But he did possess a tremendous work ethic and intelligence that allowed him to not only compete against athletes who DID have size, strength, speed and uncommon physical gifts, but to soar PAST them on the wings of an insatiable appetite to excel.

[Video on this topic is available below]

And a bust in Canton isn’t that far away.

Future Hall of Famer Eric Weddle is a 6-time Pro Bowler; 2-time All Pro and he was, for all intents and purposes, the defensive captain of the Ravens for three seasons. Weddle was like a coach on the field. His cognitive skills were off the chart, as was his willingness to prepare and study film, much like previous Ravens greats named Lewis & Reed.

Weddle was also an outstanding teammate, and throughout his journey that took him from the University of Utah, to San Diego as a second-round pick, Baltimore as a free agent and lastly LA, where he finished his career, Weddle left a trail of teammates who respected and were inspired by the California native who grew up 37 miles east of Los Angeles. 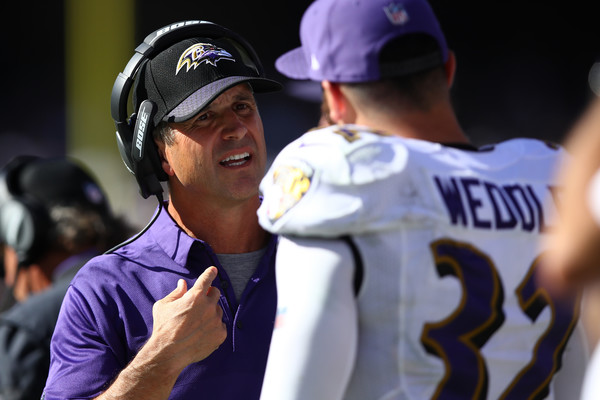 Weddle’s sincerity, intelligence and grinder’s mentality are built-in skills for an NFL coach or front office executive. And given his close relationship with John Harbaugh and Eric DeCosta, it would surprise no one to see him back in Baltimore in some capacity. But then again, there are those 3,000 miles and young children to compete with.

Back in 2016 when Weddle was a free agent, the Steelers targeted the departed Charger. But DeCosta got involved and it was then that a relationship first took root. DeCosta got his guy and the rest is history. Releasing Weddle was difficult for both DeCosta and Harbaugh but there were no hard feelings. Weddle gets the business of football.

And because he does, coupled with his qualities as a human being, a quintessential overachiever, it isn’t hard to envision Weddle being as talented as an executive, as he was on the field. Another overachieving safety turned executive comes to mind – the 49ers John Lynch.

The NFL is better with Eric Weddle in it. And maybe, like he did four years ago, DeCosta can convince the other Eric to continue in the league with the Baltimore Ravens.