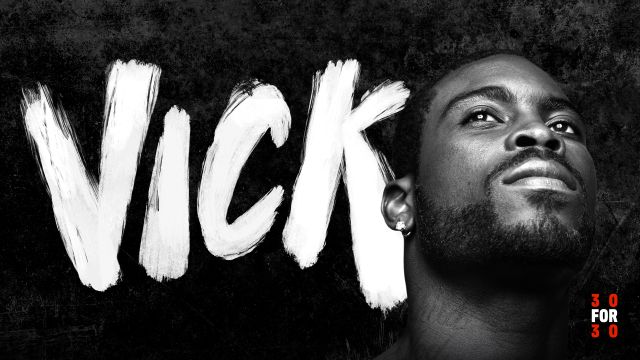 Mention the name Michael Vick and for many their knee-jerk thought is “dog murderer”. Some have never forgiven Vick for the dog fighting scandal that led to his arrest and 23 months served at the U.S. Penitentiary in Leavenworth, Kansas. Some believe that the sentence was too light, others too heavy. In some ways the reaction to Vick’s transgressions and subsequent punishment triggered a racial divide much like that of the O.J. Simpson case.

[If you prefer a video on this topic is posted below]

Recently I watched the two-part ESPN 30 for 30 featuring Vick. The viewer was taken on a journey that began with Vick’s childhood during his formative years in the projects of Newport News, Virginia, his rise to stardom through high school and Virginia Tech, and then the NFL’s No. 1 overall pick in 2001.

Vick was a coddled athlete; he has friends who rode his coattail, sponged off his wealth, and ultimately provided a target for law enforcement, which led to Vick’s bust and apparent demise.

After serving his time, we learn that Donovan McNabb was a central figure in Vick’s comeback with the Philadelphia Eagles – the home of his second chance, one that many fans, even those in Philadelphia, didn’t want to see happen.

Vick claims to have learned his lesson and his sincerity in this 30 for 30 is compelling. Yet until we see the words translate to action, most aren’t sold…until he ultimately follows through on his word.

It’s easy for most Americans to have little empathy for Vick. His football talents should have made him a millionaire many times over and for a while, they did. But in his spare time Vick got caught up in the savagery of dog fighting. Perhaps it was a cultural thing that blinded Vick’s sense of decency – obliterated his perspective of right or wrong.

Maybe it was his rags to riches story; maybe it was the unsavory dudes he hung out with; maybe he felt like he was among the untouchables; maybe it was all of the above. It’s difficult for many to understand the sinister and unconscionable behavior in part, because we’ve never walked Vick’s journey, never stepped foot in his shoes. We really don’t know.

Vick did the crime and he did the time. And he emerged as a contrite, deeply remorseful man. Cynics will say that of course he expressed regret outwardly. It was the only way to get back into the NFL’s millionaire club.

But Vick went the extra mile. His sincerity in this documentary is real and even as a retired player, Vick continues to work within his community to unveil the errors of his ways in a completely forthright way, as part of an effort to ensure that young student-athletes stay on the right path and avoid the devastating pitfalls that have scarred Vick’s legacy.

[Related Article: Stand For Something]

I encourage you to check out this 30 for 30, another outstanding effort from this remarkable ESPN series. Not only will you walk away with a more enlightened opinion of Vick, free of your sordid predispositions, you might also learn a lesson in humanity and be more open to forgiveness in your own world.

After all, wouldn’t you want a second chance if you slipped up?