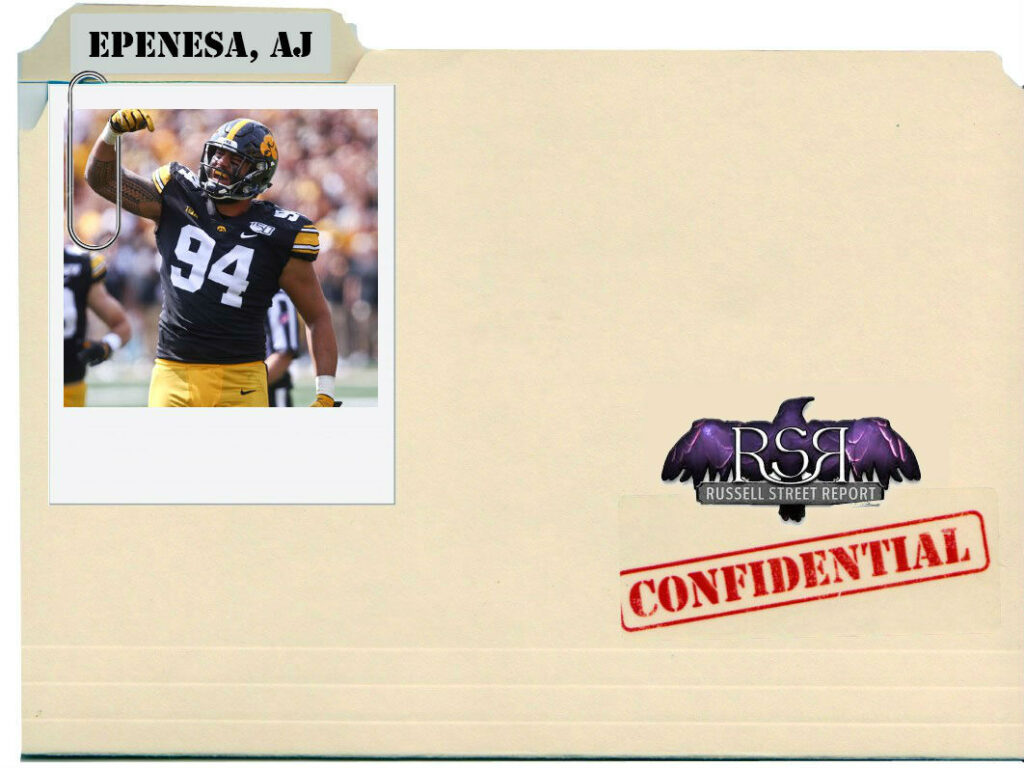 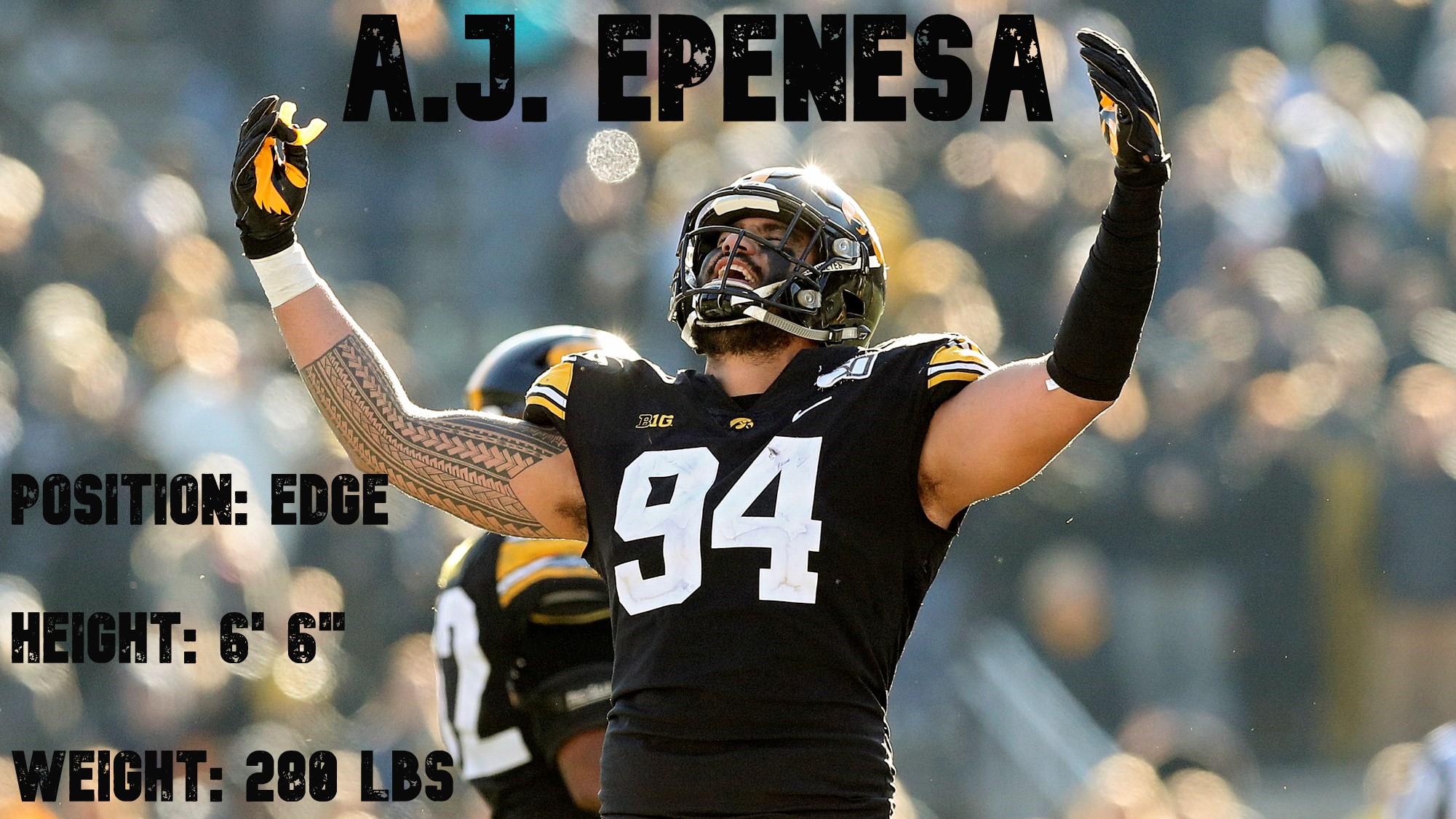 A.J. Epenesa is a 6’6”, 280-lb defensive end who is the most highly rated high school recruit to ever play for Kirk Ferentz. Although he was starter for just one season, Epenesa left school tied for 4th on Iowa’s career sacks list. Epenesa played almost exclusively as a right DE on the Hawkeyes’ four-man front, but has the tools to play in any scheme.

Epenesa has ideal size and strength. He has strong hands and deploys a nice mix of highly effective hand techniques. He’s exceptionally good at converting speed to power. It was not rare for him to put Big Ten OTs on skates with his bull rush. Against the run, he sets the edge exceptionally well and is ready to be a three-down player in the NFL. He projects best as a 4-3 DE but could play the five technique (5T) in an odd front. Epenesa has one of the highest floors of any player in the class.

Epenesa is not a “bendy” pass rusher. He won’t win with a speed rush in the NFL. He’s long and strong but lacks high-level athleticism. Epenesa is not an asset dropping into coverage or playing in space. His production is good, but he was only a one-year starter at Iowa.

Epenesa would be a versatile piece in the Ravens’ hybrid defense. As the end man on the line of scrimmage, he would help the pass rush and instantly be the team’s best edge setter. As a 5T in their base defense, he would provide much needed help as an interior pass rusher. Epenesa would be expected to get significant playing time early in his rookie year.

Like Epenesa, Justin Smith was a 4-3 DE in college. In the NFL, Smith spent time at both DE and DT. Known for his elite strength, Smith was stout against the run and routinely embarrassed NFL offensive lineman with his bull rush.

Barring an unexpected and significant slide, it is likely that the Ravens would need to make a modest trade to move up in the 1st round to land Epenesa.