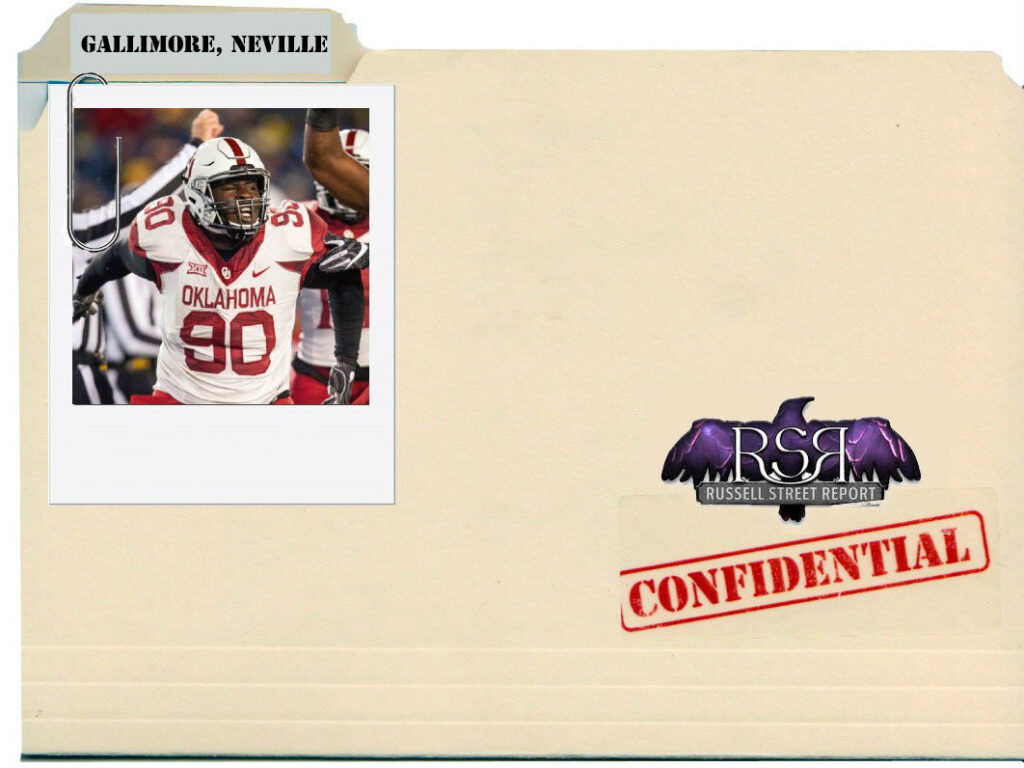 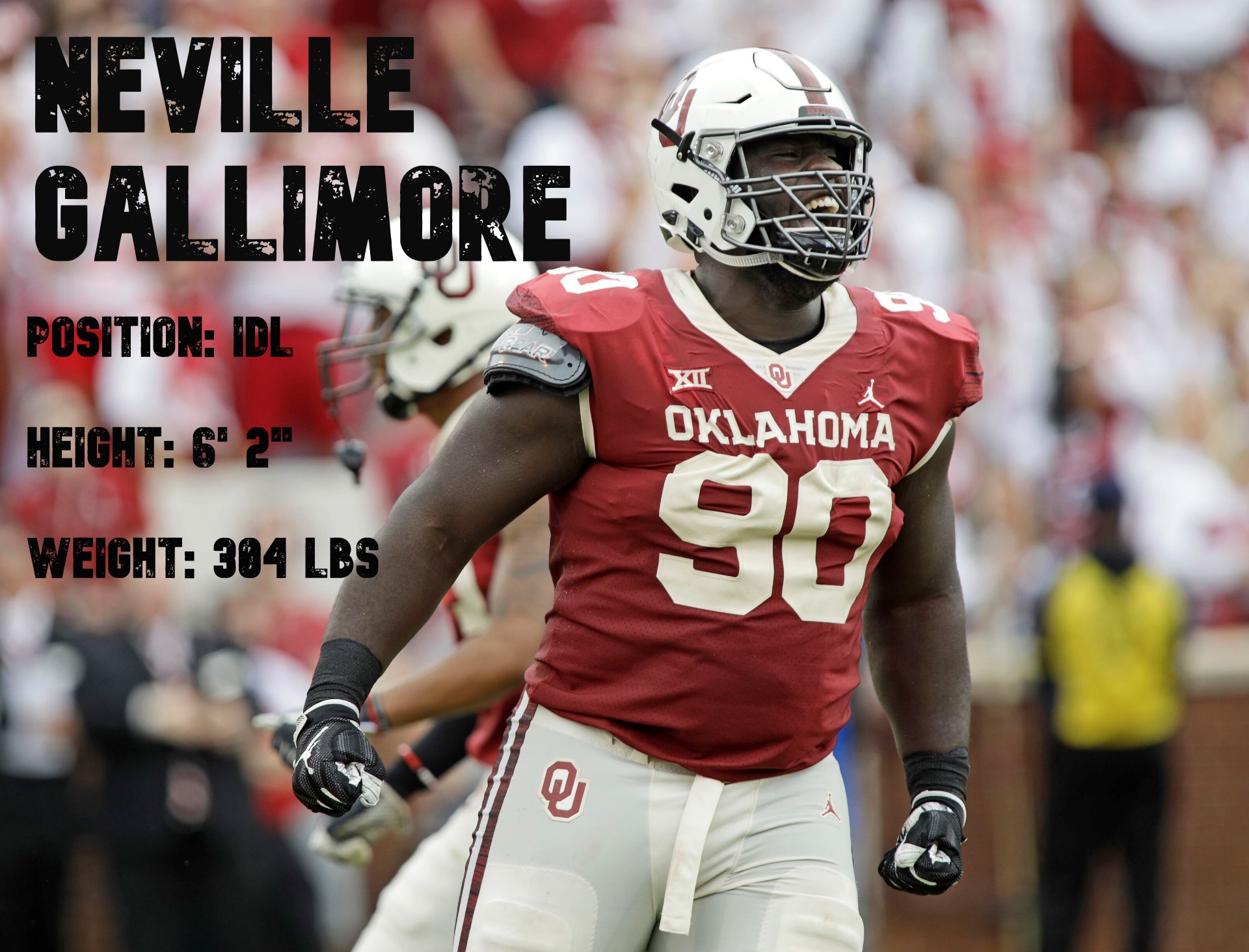 Neville Gallimore joins this writer in hailing from the Great White North. Gallimore grew up in Ottawa, Ontario, Canada and attended the Canada Prep Football Academy in Niagara Falls, Ontario, where he was selected as the first Canadian player to compete in the U.S. Army All-American Bowl. He redshirted the 2015 season and provided spot starts through his RS FR and RS SO seasons before establishing himself as a starter in his RS JR year. As a RS SR, Gallimore was first-team All-Big 12 after starting all 14 games and notching 30 tackles, 7.5 for a loss and 4 sacks.

Gallimore’s combination of size, speed and quickness from the one-technique (1T) position will immediately pop out on tape. He is juiced up off the snap and attacks gaps with conviction to make himself a very disruptive force in the middle of the line. This quickness also expands into some longer distance speed, as he showed a lot of range moving down the line against Big 12 offenses that like to run the ball outside. He pairs that explosion and speed with some really strong and active hands throughout the rep. If he’s working down the line on a stunt or twist, you will see him engage each blocker with his hands as he moves from one to the next instead of letting them come to him.

On those reps where he’d work his way outside, he showed pretty impressive bend for a big man to get around the OT and force a pressure. On his 2019 tape, he showed an extremely high and consistent motor. Gallimore has been very durable throughout his college career at Oklahoma and an added bonus is that, well, he is Canadian…;).

While there’s a lot to love about Gallimore, he does fall short in certain areas…literally. Gallimore doesn’t have a lot of length and it shows on tape in certain situations. Against LSU, you can see Lloyd Cushenberry (34 5/7” arms) and Damien Lewis (33 3/8” arms) give him difficulty off the snap by using their length against him. Gallimore needs to do a better job of getting inside and keeping hands off of his chest at the engagement point to limit length being an issue at the next level.  His lack of length also resulted in being unable to finish some of his pressures, as he wasn’t able to bring down the QB on escape attempts in a few instances. He also had inconsistencies dropping his anchor when facing double teams or combo blocks from two interior defenders, which may be an adjustment against run-heavy teams in the NFL if he’s playing 1T.

With Michael Pierce looking like a likely salary cap departure, it opens up a need at the IDL. The Ravens have struggled to generate interior pressure for a number of years and they would greatly benefit from adding a player with Gallimore’s skillset. The juiced up, hungry former Sooner would fill a big need as an interior pass rusher than can line up at 1T or 3T in the Ravens scheme.

His issues against the run are not unsolvable, which gives a lot of hope for building out that skillset. A year in an NFL weight room to improve his lower body strength paired with his explosion can develop that anchor into a good position to be a versatile every-down IDL player, which is something the Ravens have lacked for a long time.

Grady Jarrett – Jarrett had similar limitations in the length department, but didn’t quite show the juice that Gallimore did when he was coming out of Clemson. Gallimore is a more polished player, but the length concerns paired with solid pass rushing from the inside gives a Jarrett vibe.

Gallimore should be very much in-play at the bottom of Round 1 where the Ravens are scheduled to pick 28th overall. Given the need for pass rushers who can win without the blitz, Gallimore would make a great addition.