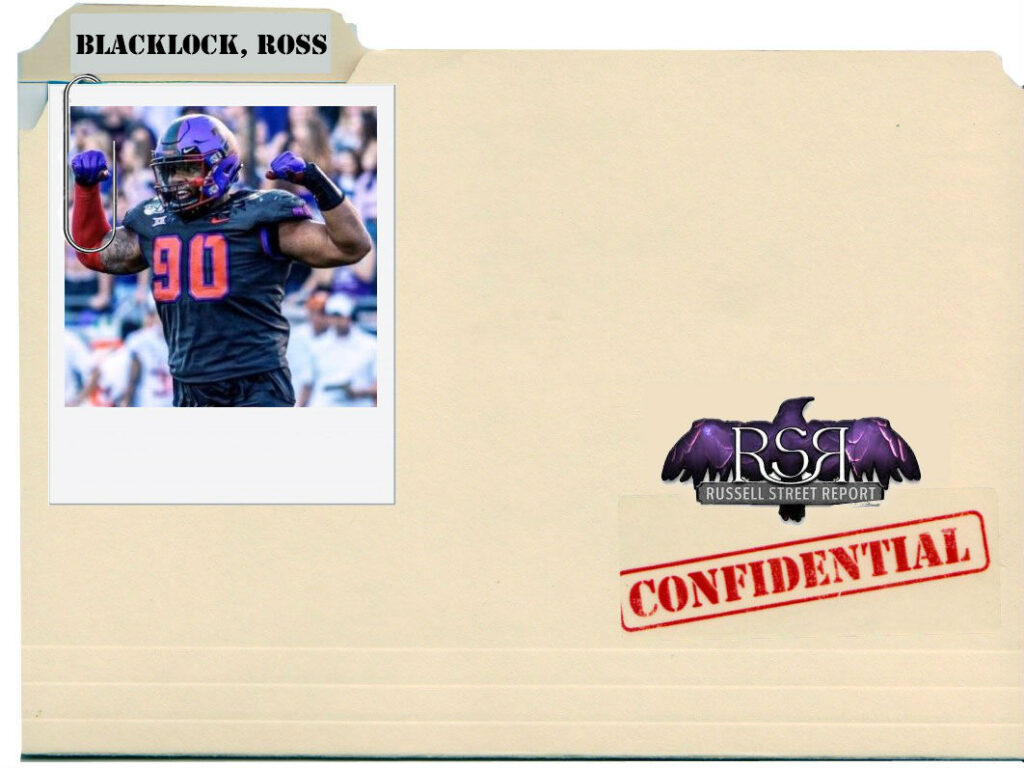 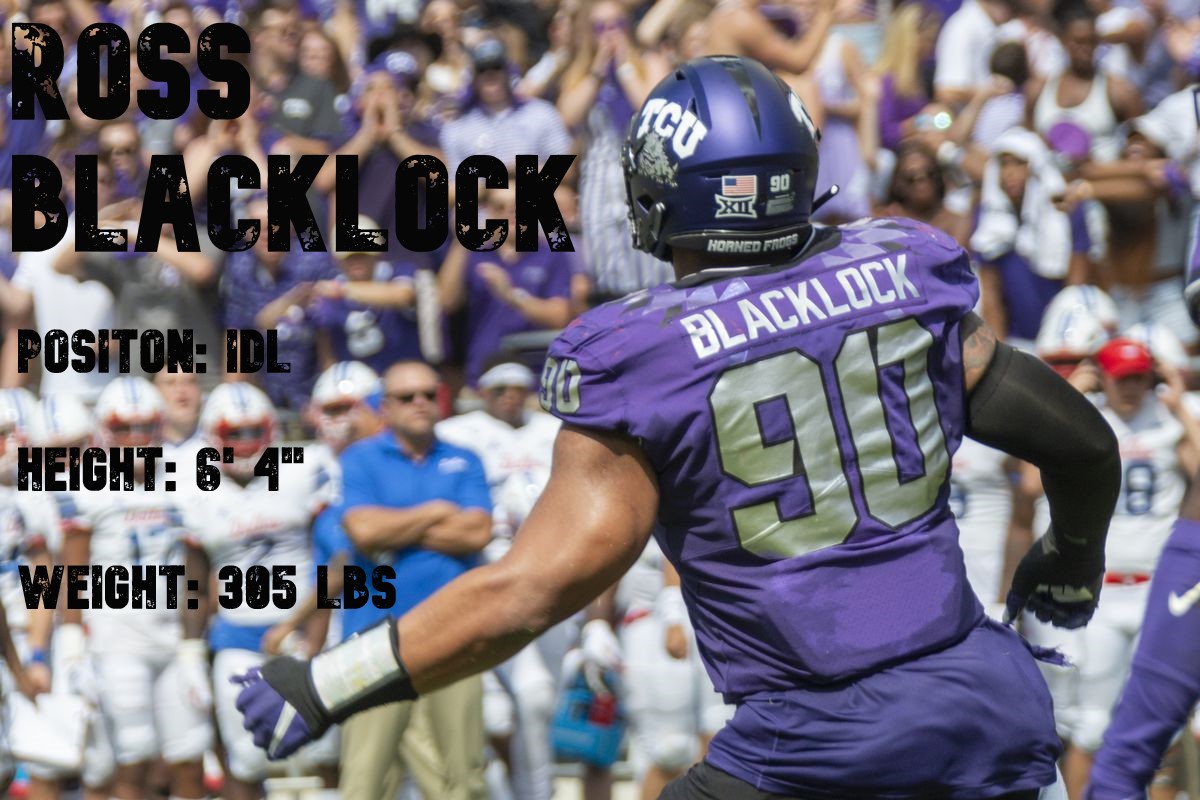 Ross Blacklock made his way to Fort Worth, Texas after a solid career at Elkins High School in Missouri City, Texas. Blacklock redshirted the 2016 season before bursting (literally) onto the scene as a RS FR in 2017 where he started all 14 games and totaled 27 tackles and 2 sacks. Unfortunately, Blacklock missed the entire 2018 season with an Achilles injury, but exploded back in 2019 with 40 tackles and 3.5 sacks.

It must be the year of juiced-up interior pass rushers because much like some of his peers, Blacklock brings first-step explosiveness and tenacity from the one technique (1T) position. This translates to his lateral quickness, which was displayed often on tape given how many times TCU ran designed stunts for EDGE or LB to get an inside rush. Blacklock shows really strong penetration skills combined with strong hands, which adds some versatility at the next level where he should be able to play along the defensive line in a number of fronts.

He shows a good variety of pass rush moves, including a really nice push-pull on the inside where he was able to shed off blockers in 1-on-1 situations. Anchor appears strong against double teams and if he’s inside it will not be easy to double team him given his penetration skills.

His tape can be a bit of a grind, but it’s not really his fault.

Ross Blacklock has some frustrating tape…but not because of anything he does or doesn't do.

TCU ran a lottttt of stunts and twists where he's executing an assignment and not necessarily making a R&R play. Makes it tough to get a feel for some of his traits.#RavensFlock

This isn’t a major concern, but it does make it tough to project his read-and-react ability at the next level given how many designed plays he was asked to run, so this isn’t a weakness, but more a caveat for that specific trait. One weakness that did stand out was his tendency to turn his shoulders when facing double teams, which he saw a lot of playing zero tech on a three-man line that TCU would use in passing situations. His hands are strong and active, but did show some inconsistencies if a blocker got their hands on him. His explosiveness can cause him to have difficulties breaking down and staying low. There were plays where he made a great penetration and was in line to make a play on the ball, but he just wasn’t able to position his body due to his pad level.

Blacklock’s ability to move up and down the defensive line is a great fit for what the Ravens like to do with their players. Their use of the racecar package and their tendency to slide EDGE rushers inside make Blacklock a great weapon to move from 3T to 1T on passing downs. He likely would fit well as a 3T in the Ravens scheme, which could move Brandon Williams over to 1T if Michael Pierce finds a new home.

It’s an excellent fit for the Ravens that would just give Wink Martindale another weapon to deploy in a variety of ways.

A less polished Gerald McCoy – As a prospect, McCoy was much stronger (3rd overall in 2010), but in terms of skillset there’s a lot of similarities. Blacklock, like McCoy, has a great blend of power and quickness combined with an outstanding motor.

[All Our Draft Prospect Profiles at RavensDraftCentral.com]

Blacklock will be in play at pick 28 for the Ravens. With more time spent reading and reacting he could have moved up into a top 20 grade, but without those reps on film, it’s hard to justify that jump. Blacklock’s ceiling is sky high and he has a pretty high floor too.