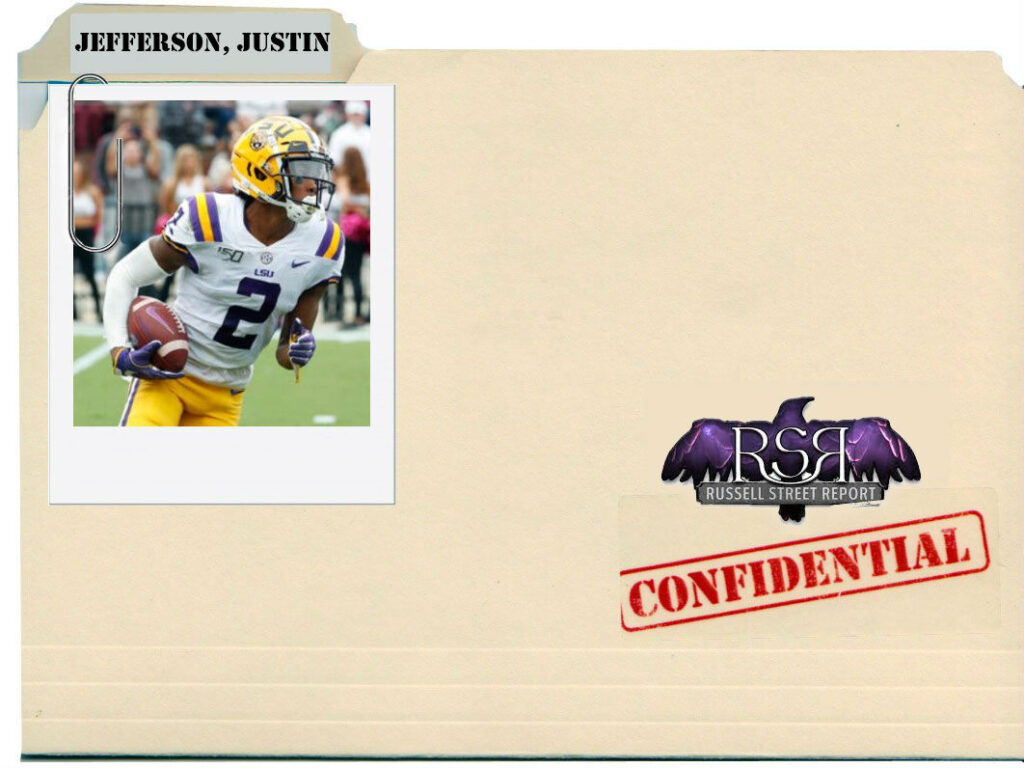 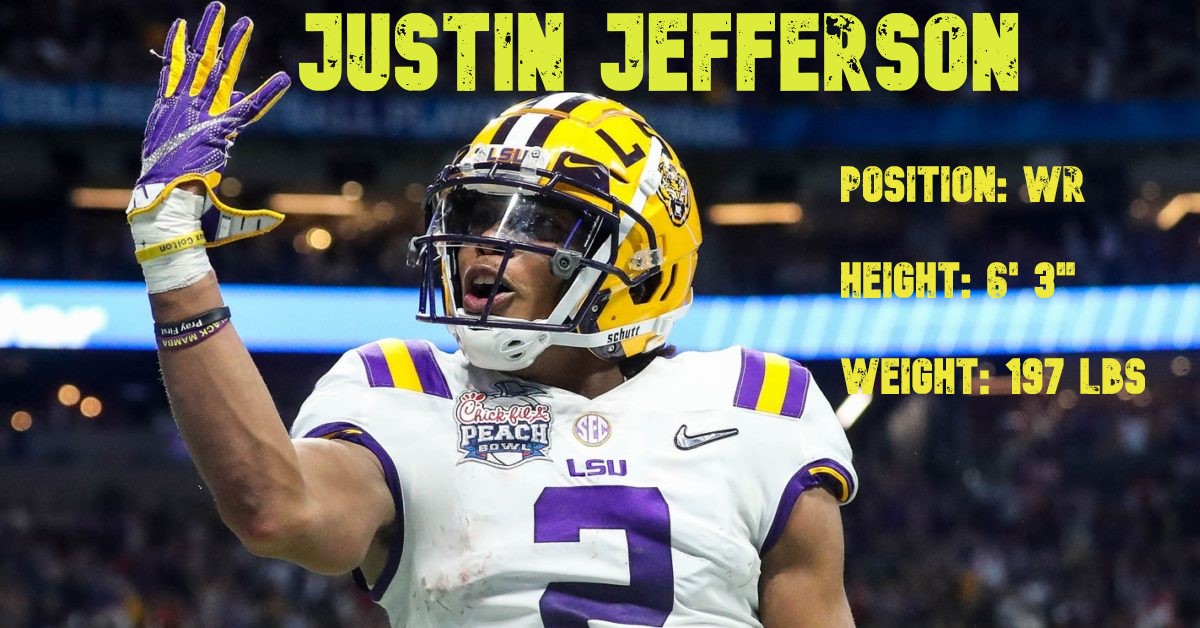 Jefferson, who was voted Second-Team All-SEC in 2019, was presumed first-overall pick Joe Burrow’s favorite target. In his first truly productive year, he racked up over 1,500 yards and 18 touchdowns, which catapulted him into first-round conversation for the 2020 NFL draft.

The first thing you notice when watching Jefferson is his competitive toughness, particularly on tape against Auburn. He’s a willing blocker with a good foundation for the skill, and big enough that he doesn’t get overpowered easily. He’s a plus hands catcher with a good catch radius, using his frame to box out defenders (displayed this well on tape against Texas) and secure the tough catch. Route running is unreal, particularly against man coverage. Uses his body well without relying on it for the catch. Sells his route on every play, even when he knows the ball isn’t coming to him. Has plus separation ability, especially on intermediate routes.

Yet another receiver who won’t always win down the field. Doesn’t have the deep speed necessary to be a consistent sideline threat in longer situations. Despite his height, not sure he’s ‘the guy’ for 50/50 situations. You’d like to see the same physicality he shows in blocking, in tight coverage situations. Doesn’t have great acceleration, and his playing speed will likely be a good deal slower than his 40 time.

The Ravens need an outside threat to take the heat off of Marquise Brown and Mark Andrews. Jefferson could provide a True-X presence by Year 2, creating plays after the catch in intermediate passing situations. His blocking would also lend itself to the Ravens scheme, where he’ll look for work once his guy is taken care of.

Yeah, that’s right. Kicking it old school with this one. As I mentioned before, Jefferson will likely need a year to blossom into his final form, and Smith did the same thing with Jacksonville before he became ‘the guy.’ Smith had a very productive career, and Jefferson can do the same given his physical and football traits – if he’s properly coached.

Much like Jimmy Smith, Jefferson screams top of the second round. After he blossoms into a low-end WR1, his draft stock would make him a steal.