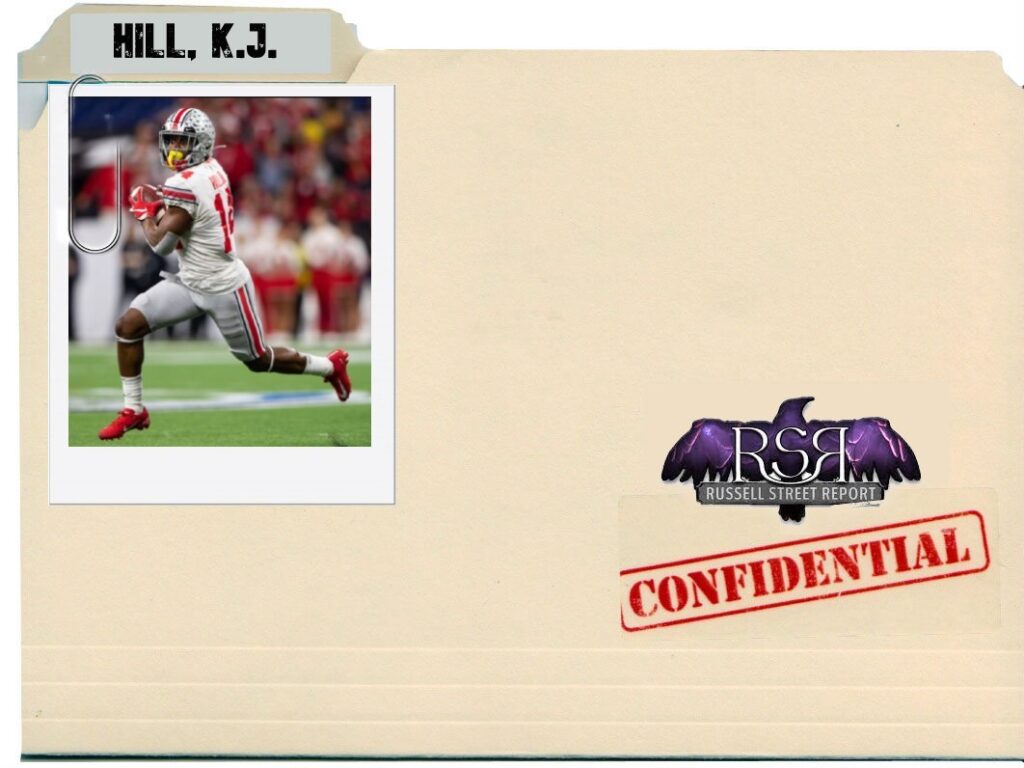 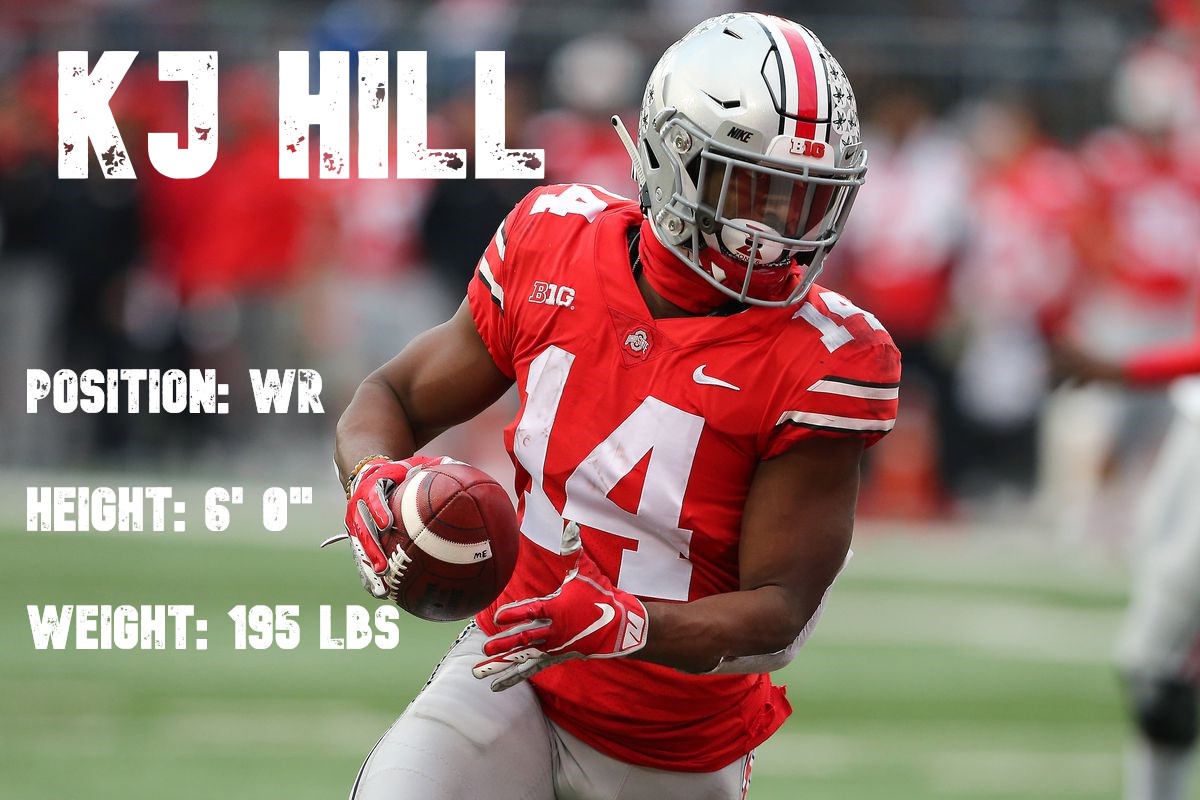 Man, Hill was fun to watch. While he isn’t a heavily awarded player (3rd Team All-Big Ten, All-Big Ten Honorable Mention), he was extremely consistent while playing with multiple quarterbacks who had different styles of play. He averaged over 500 yards per year, largely as WR2 or WR3, while racking up 20 touchdowns (10 of which came in 2019).

If you’re looking for a smooth route runner with insane stop-start and break speed, look no further than Hill. Excels at finding the underneath soft spot in most coverages, projecting as a plus-level slot in the NFL. Good acceleration and athleticism, making him slippery with the ball in his hands. Has plus ball skills, using his hands to cradle and corral the ball rather than using his body. Better in man than zone, but not bad in either. Has the foundation and willingness to block, and does so stronger than his size would suggest.

Hill doesn’t project as a plus-skill outside receiver, limiting his versatility as a pass-catcher. While he has great acceleration and burst, his top-end speed is lacking, forcing him to win with sneakiness in his route-sell. Not a very physical receiver, and will likely be bullied by more physical slot corners. Not sure he’ll be able to reel in off-target passes due to short arms. Deep balls are an issue, limiting his versatility anywhere except the short/underneath game.

Lamar Jackson (the QB, not the DB) has shown a connection with slot wideout Willie Snead, and you’d like to provide him another reliable slot option once Snead is gone. Hill fits the bill and can provide a safety valve if and when the playmakers are well-covered down the field. He’ll be able to break coverage underneath fairly easily, and will create plays after the ball is in his hand. He’s very much a high-floor, low-ceiling type of player, and would bring consistency to the slot position.

Similarly built, Jones evolved into a solid WR2/3 for both the Bengals and Detroit. He’s never had eye-popping stats, but has had productive seasons and been a consistent player. I’d expect the same from Hill, albeit with lower production totals.

Hill’s ability in the slot will cause a team to bite on him in the late second to mid-third round. While it’s a very deep wide receiver class, Hill will provide a consistent option for quarterbacks, since he’s able to adjust to any style of QB play.